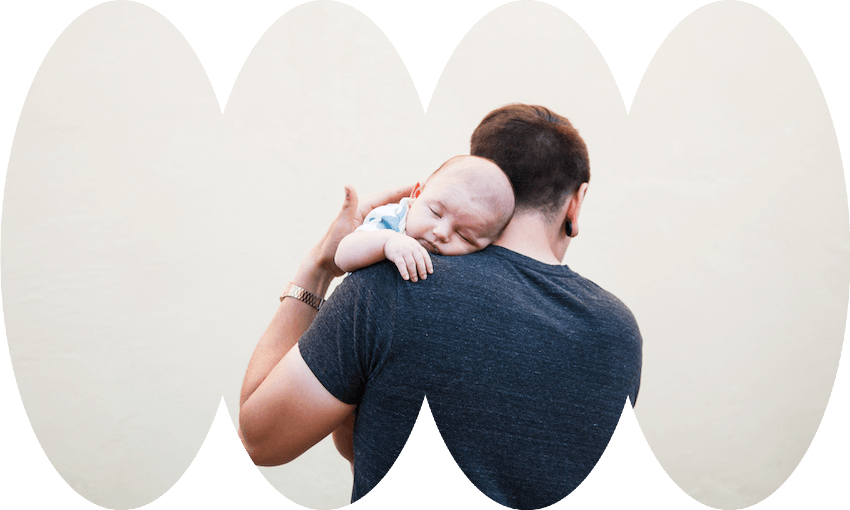 Fewer than 1% of NZ men take paid parental leave. Here’s what could change that

Our current policies aren’t doing much to convince men to take on primary care of their infants. Statutory paid leave specifically for dads might help.

The revelation that women’s KiwiSaver retirement savings lag 20% behind men’s represents a double threat: not only are women paid less during their working lives, they will also be poorer when they retire.

This is perhaps to be expected – the gap in retirement savings reflects the gender pay gap overall. Many women who do the same work as men are comparatively underpaid, meaning they have less money to save for their retirement.

On top of this, a Covid baby boom will likely see old trends reinforced, with more women than men taking time out of the paid workforce. In turn, this will see them disadvantaged when they retire, perpetuating the cycle.

Part of the solution, therefore, would be to enable more women to return to paid work by making it more attractive for men to take paid parental leave. Because right now, the number of new fathers choosing to do this is vanishingly small.

My husband took 5 months parental leave when I returned to work after 4 months. A privilege. But we’ll be paying off the debts accumulated by that for years to come. In the fight to attract and retain skilled workers, these benefits will get competitive https://t.co/Aioqj1vWwX

These problems have wider implications for the rights of women to equality and freedom from discrimination under international and domestic law.

Yes, New Zealand’s statutory parental leave scheme mitigates some of the immediate financial burden of childbearing and child rearing. It appears, on the face of it, to promote gender equality, since either parent can be the primary carer and thus be entitled to parental leave. Also, one parent can transfer their leave and pay entitlements to the other.

However, the statutory leave payments are capped at NZ$621 per week, which is less than the weekly minimum wage. And while a partner is entitled to up to two weeks of leave, that leave is unpaid.

This rather meagre scheme hasn’t prevented some companies from generating their own, more generous packages, some of which provide paid partner’s leave.

Yet the statutory entitlements are transferred in less than 1% of cases, and only 4% of partners take unpaid leave. It seems the present system serves to reinforce old stereotypes of women as carers and men as earners outside the home.

One way to change this would be to introduce non-transferable, paid partner leave. This would apply irrespective of whether the primary carer has an entitlement to paid parental leave themselves.

Such a scheme would offer greater incentive for men to look after their young children at home, freeing up more women to go back to work.

There is evidence this works. Sweden introduced paid parental leave in 1974, but the number of fathers taking leave only jumped significantly when non-transferable paid leave was introduced in 1995.

A number of other countries are already guaranteeing paid parental leave that includes paid paternity leave or leave reserved specifically for fathers of infants. And a similar recommendation was made by New Zealand’s National Advisory Council on the Employment of Women as far back as 2008.

But OECD research suggests paternity leave payments need to be equivalent to half or more of a father’s previous earnings. Given the existing gender pay gap means fathers are already likely to be earning more than mothers, a partner-specific scheme would inevitably favour men.

Offering boosted paternity payments for men as a way to close the gender pay gap may seem paradoxical. But it does highlight the ineffectiveness of current systems offering lower payments that are taken up mainly by women.

Again, Swedish research suggests separate payments to fathers can serve to close the gender pay gap by allowing mothers to return to the paid workforce. Opportunities for promotion and pay rises can then increase retirement savings.

And there are wider benefits to these family-friendly policies, such as improved health for mothers and children, improved educational outcomes for children, and lower levels of stress among fathers.

Of course, another barrier to men taking parental leave is their fear of the career and social consequences. Those deeper stereotypes of women as homemakers and men as providers will not disappear overnight, as the Swedish experience shows. But the fact a female prime minister’s male partner has embraced the caregiving role is perhaps a start.

Longer term, however, making paid paternity leave a more viable option financially and socially for families will mean doing more to address the gender pay gap and its flow-on effects over a woman’s lifetime.

There’s no single solution to this multi-faceted problem, but encouraging more men back into the home with paid paternity leave would help shift things in the right direction.