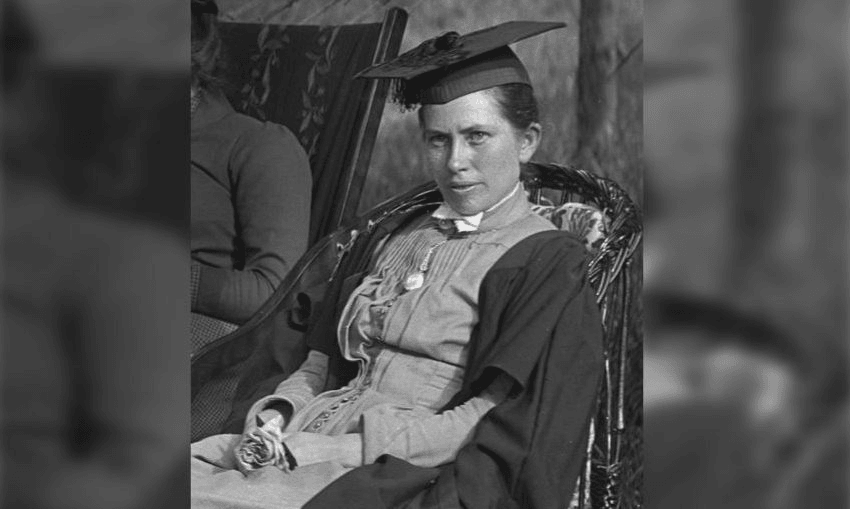 The status of women in New Zealand universities as academic and professional leaders still has some way to go, writes Judy McGregor

The good news is that women have seized the opportunity to enrol in university in unparalleled numbers in the 141 years since Kate Edger graduated in Auckland with a Bachelor of Arts in 1877. Nowadays the thousands of women who enrol in New Zealand’s eight universities and its polytechnics and wānanga no longer disguise their gender, as Edger had to when she enrolled.

Female tertiary education participation rates between the ages of 16 to 64 are at 13.5% compared with 9.7% for men, according to the Ministry of Education. Women’s increased education levels over the past 125 years are a triumphant expression of women’s progress. With it has come increasing feminisation of professional and public life, improved family outcomes and an erosion of sex discrimination in workplaces.

But what’s the status of women in New Zealand universities, not as students, but as academic and professional leaders? Evidence reveals slow progress only.

We now have three of eight universities with female vice-chancellors, with the University of Canterbury joining Otago and Massey. But the figures for the proportion of women academics at the top remain unacceptable. In 2017, the Ministry of Education reported that only 26% of professors and deans at the eight universities were women. In 2012, the New Zealand Human Rights Commission’s census figures calculated that female professors constituted 19% of the total number of senior academics at this level.

Progress in closing the gap is not good enough and in stark contrast to the gendered profile of the workforce. Just over half, 51%, of academic staff at public tertiary education providers were women in 2017. Like other professions, equal pay and gender pay gaps are linked to poor female representation at the top of the academy.

The university sector is trying to redress gender inequity. The New Zealand Women in Leadership (NZWiL) programme celebrates its 12th birthday this year and has 473 female alumni, 258 academic and 215 professional staff women, many of whom have gone on to more senior positions within their universities. It’s funded and supported by Universities New Zealand vice-chancellors. As well as an annual leadership programme for university women, NZWiL has developed discipline-based programmes and later this year will focus on engineering, computer science, information systems, agriculture and horticulture, where women have traditionally struggled to get to the top.

University of Waikato Professor of Law Margaret Wilson will this year receive a NZWiL excellence award for her work on gender equality in the tertiary sector. She has fought for the rights of women in politics, law and, most specifically, the university sector all her life. Her gender research on equal pay, pay equity and women’s representation in various areas of New Zealand society has been ground breaking.

Today we celebrate female trail-blazers like Professor Wilson for their contribution to women’s involvement in tertiary education. Tomorrow we need to commit to accelerating the pace of women’s advancement at the top of the eight New Zealand universities. At the current rate of progress, it will take another 16 years to achieve gender equality in the proportion of women as professors in New Zealand universities, more than 150 years after Kate Edger was capped.

Professor Judy McGregor of Auckland University of Technology is a New Zealand Women in Leadership founding member and adviser.