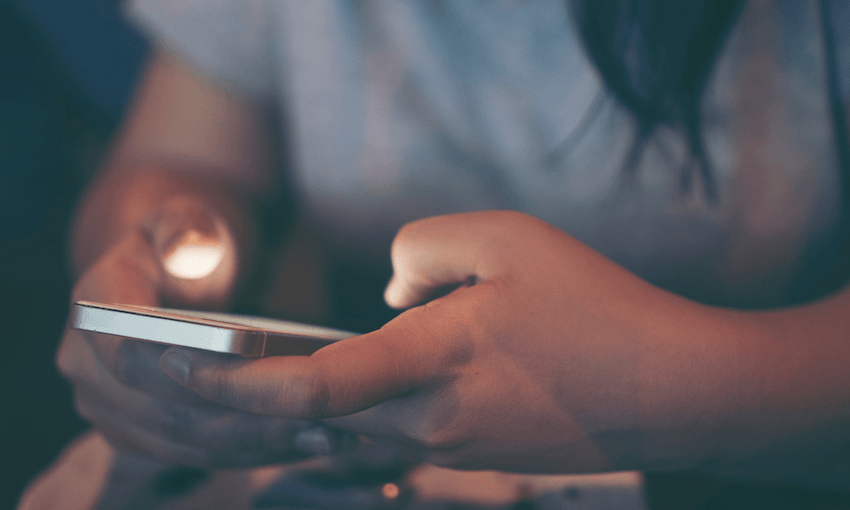 Villains and vigilantes: A year of social media justice, from Cuba St to K’ Rd

In recent years social media has helped give a voice to survivors of abuse, often denied them by the justice system. But group mentalities are fickle, and the best intentions can sometimes perpetuate more harm. Jogai Bhatt looks back at a fraught year of social media justice.

Warning: includes images of swastikas and other far right symbols.

A couple of months ago, a young woman posted online allegations of sexual abuse against a group of Wellington musicians.

Over 24 hours, she had received more than a hundred testimonies from women, men, and minors who had either been victim to similar encounters, or knew someone that had. The stories included allegations of drugging, rape, sexual assault, physical violence and threats.

The post was made with good intentions and received a lot of support. But the events that followed showed just how fickle and fraught the world of social media justice can be.

Narratives of sexual abuse in particular have a complicated relationship with social media. In the last decade, online platforms have been mobilised to create spaces of safety, inclusion, support and empowerment for victims. Abusers have been identified and sometimes, though not often enough, held accountable too. Social media has provided many victims a path to justice when the justice system itself has opted to fail them. But then again, the internet is a treacherous beast, and sometimes it’s just made matters worse.

It goes without saying that there’s very little room for nuance on the internet – narratives change and develop rapidly, and sometimes they disappear as quickly as they emerge. In the space of days, allegations can become cross-platform investigations, vigilantes can become villains, and trial by social media, even with good intentions, can inadvertently disservice victims.

I often see sensitive subjects descend into chaos – my job exists online. And social media can feel inescapable at the best of times.

In the case of the Wellington musicians, the first sign of anxiety came when I saw the young woman anonymously publish almost every testimony she received on her Instagram story. I knew it was in hopes of shedding light on the scale of abuse, but it soon became obvious that some people were using this opportunity to troll by submitting fake accounts.

The names and photos of the alleged abusers then became viral, and Instagram became a medium for these victims to find solidarity, and step forward without threat to their safety. That is, till the pendulum swung too far, and the fight to protect one vulnerable group put another in danger.

The alleged abusers became subject to racialised criticism, and reports began coming in of random Black men in Wellington being targeted for violent attacks. There were conflicted feelings and calls for more nuanced conversation around sexual violence, race and accountability online.

“You can condemn the acts of these rapists without invoking racist language. This rhetoric puts Black people in immediate danger,” one woman wrote.

The escalation wasn’t surprising in the least, but it was disheartening. It seemed a desire for justice against gendered violence had been taken as a green light to commit acts of racial violence.

As one man wrote of the incident online – it wasn’t vigilante justice, it was a hate crime. An investigation that began online fed further into the societal racism that’s sewn into the fabric of this country, and held very real consequences for wholly innocent parties.

Soon enough, as is the trajectory of all controversial online discourse, the stories began to grow beyond the crimes of these Wellington musicians. On social media, there was an impulse that more abusers needed to be held accountable.

Musicians, broadcasters and influencers began getting involved, voluntarily and involuntarily, on both ends of the spectrum – as seekers of justice, and as those named as abusers. There was forged “evidence” against prominent figures, relentless examinations of people’s sexual history, condemnation of silent observers, and commentary full of empty threats.

Police issued a statement urging the public to refrain from sharing unverified information online, saying misinformation could “incorrectly and unfairly target the wrong people, and also have a negative impact on the police investigation”.

Much of the online commentary has quietened down since the official police inquiry was opened. But other incidents have erupted in its place – and the way social media works to hold people to account has continued to evolve.

Just a few weeks ago we saw the Mercy Pictures gallery come under intense scrutiny for displaying neo-Nazi flags and symbols of white nationalism alongside the tino rangatiratanga and Ngāi Tūhoe flags in its People of Colour exhibition. It was met with condemnation in the form of an open letter, which circulated online and called for the gallery facilitators to apologise.

There were a few figures in the art world who denounced the exhibition. One of the three creators, Jerome Ngan-Kee, ended up issuing an apology too. But Mercy Pictures stopped short of a unified show of remorse, choosing instead to stand by the provocative display and run the show till its very last day.

A week prior to that, Auckland’s Hoppers bar had found itself in the spotlight after images and videos were posted to social media of several people waving US flags and wearing MAGA hats – a symbol now synonymous with fascism and racism.

One woman who was there on the night likened the MAGA hat to a swastika, and said she felt threatened by the patrons dressed in “a symbol of divide”.

In the events that followed, it became apparent that the politics of the Hoppers’ operators weren’t miles away from its pro-Trump patrons that night, and soon enough talk of how the bar treated its staff began to surface.

These narratives dominated the digital sphere for weeks and opened up critical dialogue on accountability. Institutions that may have once been able to slip under the radar in such circumstances were now facing necessary opposition, often for the first time. Hoppers patrons now have a better idea of its owners’ politics and can make informed decisions about whether to spend money there. And while not all the demands in the Mercy Pictures open letter were met, it did encourage an impressive online force to mobilise against the gallery and its exhibition.

The very notion of accountability and justice has been redefined, and the movements that social media has the capacity to create can’t be understated. But social media can’t be the determining factor in justice either.

Narratives of violence and abuse in any form are complex and deserve to be treated with a sensitivity that these mediums just don’t accommodate, at least in their current form. Stories can be changed and defamatory statements can be made, often with impunity, which only serves to complicate the prosecution of sexual assault.

If there’s anything the political events of the past few years have taught us, it’s that misinformation poses a mammoth threat to what is just and fair. It’s just one of the reasons why less than half of all sexual violence victimisations reported to police between 2014 and 2018 resulted in prosecution or other police action against the perpetrator.

It’s important we treat these stories with consideration and care, and allow for some kind of nuance, so victims may have the best chance at getting the justice they deserve.