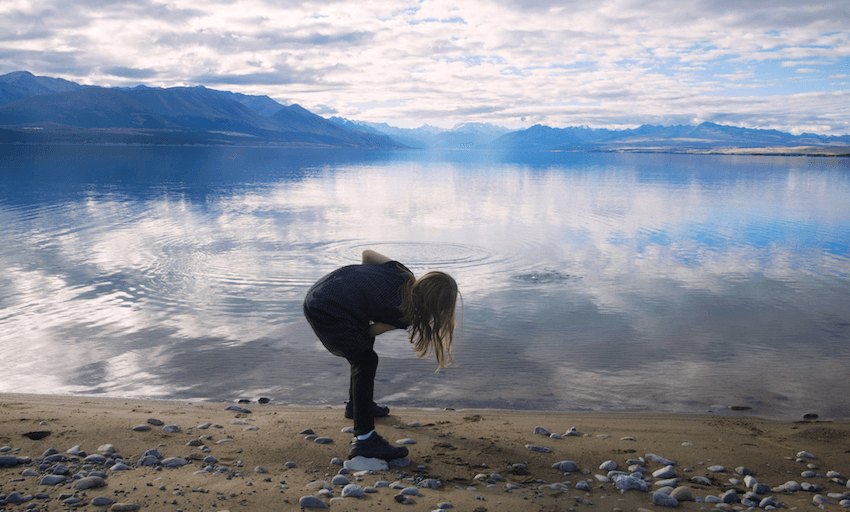 In the last few years, Twizel’s setting in one of the most scenic parts of the South Island has proven an irresistible draw for tourists. And that’s bad news for locals, writes Twizel resident Sarah Arnold.

There’s no feeling in the world better than when you first enter Mackenzie Country. When there is a gap in the hills and you have your first look at the glacial waters of Lake Pukaki, it’s spellbinding. Along the road you’ll pass lilac lupins; if you choose the right day, you’ll see a truly spectacular view of Mount Cook.

A lot of people claim their local area as the most beautiful place on Earth, but the people of Twizel have a better argument than most.

The township is surrounded by canals created as part of the Upper Waitaki Hydroelectric Scheme, which generates enough power for 832,000 homes. The canals run with the same turquoise waters as Lake Pukaki and are home to some of the best salmon and trout fishing in the country. Last year, Twizel celebrated its 50th birthday.

It’s a small community, one where you know what’s going on in the lives of your neighbours. One in which rumours are rife about who’s having affairs with whom. Kids can’t get up to mischief because most likely their parents will know about it before they get home.

It’s also a community in which the ambulance and fire crews work on a volunteer basis. When the siren rings throughout the town, you can’t help but hope it’s not a loved one involved in a car accident on the notorious state highway.

It’s the kind of town you want to raise your kids in, to grow old in. There’s a spirit that keeps you there for more than the prime angling spot or water sports at Lake Ruataniwha.

For most of the year Twizel is a typically sleepy small town. Then, in mid-December, it descends into (relative) chaos. The two Four Squares (no, I can’t explain why a town with a population of 1,250 needs two Four Squares) are rammed with holiday makers and it’s almost impossible to get a parking space in town.

If fewer parking spaces and longer checkout queues were the only problem, it would be tolerable. But the annual tourism boom is causing all kinds of problems for residents, and would-be residents.

Twizel recently surpassed one million overnight stays for tourists and in the last three years economic activity from tourism increased by 18%. Again, this sounds like it’s great for those living there. And it is – if you manage  a salmon farm, if you own a hotel or motel, or if you are someone who bought property in the town’s earlier, quieter days.

Twizel doesn’t need more tourists. Twizel needs people who will move there and start a family. It needs permanent workers who will get job at a salmon farm or hotel and work their way up. Twizel needs these people to buy a home and raise children to keep the community going.

But Twizel isn’t geared up for that. The town has less than 1% unemployment, among the lowest rates in the country. That sounds superb, but it only paints half a picture.

Employers in Twizel are crying out for more workers. The salmon farms want to expand, but can’t; attracting staff who’ll move to Twizel is near impossible. The labour shortage is partly down to wages – many working on the farms and in hotels earn little more than minimum wage. The other reason is the astronomical cost of living here.

Median rents in Twizel are $180 a week for a small bedroom in a shared house; if you’ve got a family and need a house of your own, you’ll pay at least $280 – that’s if you can find someone to rent a three-bedroom home to you.

With rents so high, and wages so low, many workers are being forced to leave. “I’ve got family in Twizel and I love the work I’ve been doing but it’s not affordable,” one skilled worker told me. “There are no available houses for my partner and me.”

The reason why there are so few affordable houses left is that investors are buying them up to rent out as holiday homes or on AirBnb. And they’re paying top dollar. It’s not uncommon to hear stories around town about someone who in the late 90s purchased a home for $30,000 that’s now worth at least ten times that; $300,000 – $500,000 is standard. Many longstanding homeowners are cashing in, including companies selling off staff houses, making it even more difficult for employees to find accommodation.

On top of this, I’m told that some landlords remove their tenants during the summer holidays or during high visitor-demand events like rowing’s Maadi Cup. Forced to find temporary accommodation, tenants often find themselves living in grotty motel rooms or roughing it on campsites.

I asked Mayor Graham Smith about the situation and this is what he told me: “Residential valuations have risen 88.5% which is having an impact on affordable housing, but also rewarding investment in Mackenzie.”

This laissez faire attitude is fairly typical of those at the upper end of the town’s food chain; they’re seemingly unconcerned by the plight of those struggling just to make ends meet.

I talked to one salmon farm worker who told me he was earning well below the ‘living wage’ of $20.55 an hour. “I love my job and the area I’m living but I can’t save to buy my own home here.”

Many Twizel companies now pay their employees the living wage but most of the biggest employers do not. They rely heavily on seasonal workers such including those visiting New Zealand on a working holiday visas.

The upcoming minimum wage increase to $17.70 won’t do much to help those in Twizel. Affordable housing, and employers who put the needs of their staff over short-term profit, are what Twizel needs now.