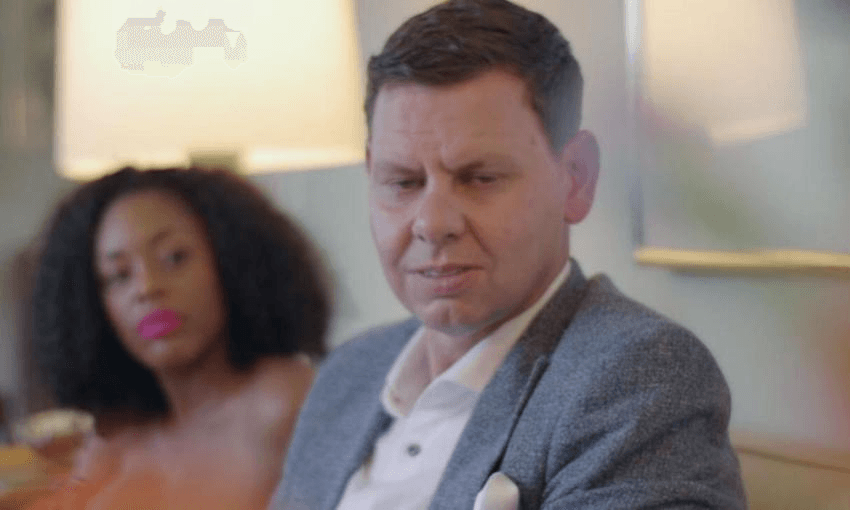 Patrick Gower is good value when he’s high. In the second part of his documentary Patrick Gower on Weed, he does what you’d expect in a modern weed documentary and immerses himself – first with a doctor, then a member of the Auckland elite who’s producing cannabis tea in California, and a “ganja yoga” group. He’s funny. It’s interesting, and a good watch.

And yet, I was pretty angry by the time I finished watching it. The reason why can be summed up in a little speech he gives to a delegate at a SMART Colorado seminar five minutes from the end. Gower says:

“I know New Zealand and I understand how the government works there. And if they vote yes to legalise, then that’s it. I kind of think we’re gonna do this and we’re not going to have a plan.”

Except, we already have a plan and it’s fairly detailed. It’s contained in the Cabinet paper published in May and it’s the result of work by a Ministry of Justice team that began last year. They’ve studied the cannabis reform experience in various jurisdictions and produced a draft set of proposals, (which I summarised here on the day of its release).

“A legal industry [in New Zealand] will likely bring big brands, new products, advertising and licensing,” Gower warns the viewer. Parts of that sentence are true. Most of it isn’t.

There will not be advertising of cannabis if the “Yes” vote succeeds next year. The MoJ blueprint includes a complete ban on advertising and severe restrictions on marketing. The chances of that being reversed by the time legalisation becomes law is zero. Why would it? We already (unlike the US) prohibit the advertising of tobacco and we restrict the advertising of alcohol. It’s not rocket science.

An influx of “Big Cannabis”? Maybe. Some of the local medicinal cannabis companies now pitching for investor cash would enter an adult-use market if one emerged. And if – this is important – they actually get licences to do so. It’s not a given. The stated aim of the proposal is to not increase the cannabis supply in New Zealand. There will be social conditions attached to the licensing process.

Importation of cannabis is expressly banned under the Cabinet proposals. This doesn’t mean that big US companies won’t try and have a presence here, but they face some significant obstacles. That’s not the case under the new medicinal regime – because the Ministry of Health has not yet licensed any New Zealand company to produce cannabis products and they had to come from somewhere, which currently largely means the Canadian company Tilray.

Gower frets about potency without limit. The Cabinet paper proposes potency limits. It does provide for regulated sale of concentrates. A sensible alternative – and what Canada is doing – would be that regulation will be staged and consideration of concentrates comes later.

In Vancouver Gower visits a dab bar and it occasioned some of his fretting for New Zealand about the way things might cut loose under legalisation. But here’s the thing: those dab bars, serving up concentrates, aren’t the result of last year’s national cannabis legalisation. They’ve been there for years. Indeed, the government is now starting to close them down under the new federal law.

Vancouver authorities had simply grown tired of enforcing cannabis prohibition, and just tolerated the sale of whatever, because it really didn’t cause much trouble. The federal government introduced the law in part to get a handle on what was already happening. Gower doesn’t say that and I don’t think he was trying to deceive his audience. He just didn’t know. But as an argument against legalisation and regulation, it fails on the basic facts.

Elsewhere in the programme, Gower gives Colorado-based Kiwi weed entrepreneur John Lord repeated opportunities to say that New Zealand should “go all the way” – that is, embrace full commercialisation and corporate cannabis– “or not do it at all”. Lord isn’t tasked with justifying such a stance, which is a shame, because it’s fucking terrible advice. Would we say the same about tobacco?

Gower covers the concern that has garnered the most headlines here this year: what about the kids? He hears the concerns of the SMART delegates to that effect. But he never mentions the major study – reported very ably by his own company – that showed that in Colorado and other US states, teenage use not only hasn’t increased with legalisation, it has generally declined.

He interviews Dr Joe Boden of the University of Otago about the risks of youth use – but not about Joe’s view that the best way of addressing the overall risk is a strictly-regulated market. He never finds a Canadian politician to explain that trying to get a handle on youth use was a key reason for legalising and regulating. These are real failures.

Worse, actually, is an indulgent interview with the self-professed “Wolf of Weed”, Ross Smith, whose would-be medical cannabis producer Medicann went into liquidation at the beginning of this year. The liquidation is mentioned in the documentary. Not mentioned: Smith resigned from Australian medicinal cannabis company Phytotech after making a series of violent online threats. He also parted company with the European company MGC Pharma after a series of abusive online threats. He made violent, homophobic threats against a journalist reporting on his abusive posts about cannabis industry rivals and was consequently obliged to quit another company, Jayex. And he was recently investigated in New Zealand under the Harmful Digital Communications Act over posts that may have been connected to the Medicann debacle.

Is he really going to score one of the limited number of licences under a regulated market in New Zealand? Really?

And yet Smith is allowed to spout uncontested bullshit like “I just want to see the industry done properly – and to do that, that’s about large corporations”, to make grand claims about securing legendary cannabis genetics and to make the plainly silly claim that $250m in cannabis tax revenue would “fix New Zealand’s roads”. I get that this kind of documentary relies on first-person encounters, but not providing pretty basic investigative detail isn’t good enough.

The time given to Smith – or even the time spent doing “ganja yoga” by the pool in California – could have been devoted to explaining what the referendum process actually is. Which, after all, was the professed purpose of the programme – to inform New Zealanders ahead of next year’s referendum. Instead, by never even mentioning what is currently proposed, it does the opposite.

I actually largely enjoyed the documentary, I appreciated the good-faith adventuring and the vulnerability in the first episode. But what he repeatedly declared about the inevitable consequences of legalisation is not true. Or, rather, it doesn’t have to be. That should be the whole point. We have choices to make.

There are key decisions ahead about licensing and regulation – we’d want to be more like Washington state, or Canada with its “artisan” licences, than California, where misguided regulation basically ensured Big Cannabis and made it almost impossible for the existing black market producers to go legit. I know that some stakeholders here are seeking to interest the government in a differential tax regime, where lower-THC (and higher-CBD) products are favoured. Like, say, beer is taxed differently to hard liquor. No one’s done that before, but there is no reason we can’t be the first. There are also discussions about ways to provide for and protect smaller “ethical” producers.

Legalisation in Seattle isn’t the same as in Los Angeles, or Luxembourg, or Uruguay with its state monopoly and pharmacy sales, or Spain with its cannabis social clubs. Yet Patrick Gower on Weed gave the misleading impression that we don’t have any choices. That was really, really wrong. But I trust Gower will agree with me that we should have that conversation.