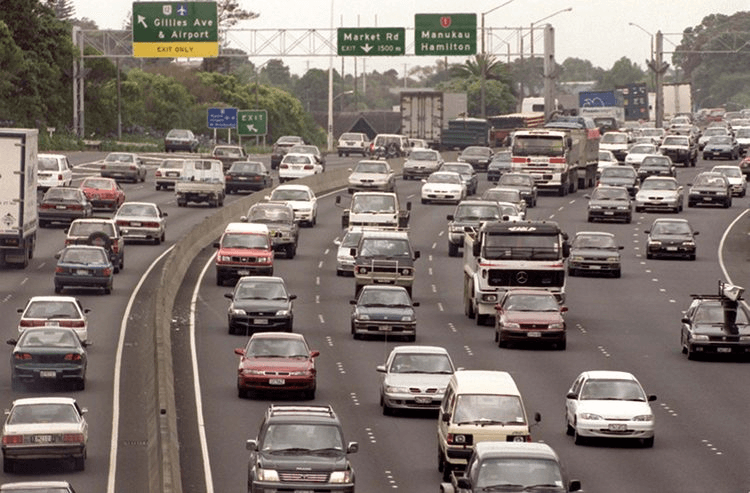 A coalition of 150 scientists have written an open letter calling for faster and more comprehensive action on climate change. But what could that actually look like in practice?

The IPCC report couldn’t have put it more plainly. Human civilisation will be unable to avert the worst effects of climate change unless we act swiftly and decisively to curb emissions. And while it wasn’t unanimous, many leaders and policy makers around the world leapt straight into action, sending out press releases saying yes, we really do need to take this seriously. Unfortunately, that’s about all that has happened since.

Is that an unfair assessment? No, according to a new open letter from 150 scientists and academics from around New Zealand, who say that “there’s a big gap between the severity of the warnings from the world’s most authoritative scientific body on climate change and the actions of our government.” It’s a global problem, so it can’t really be put on the NZ government alone. But even though we’re a small, wealthy nation, with an abundance of renewable energy sources and a government and population reasonably well disposed towards environmental protection, we’re still not doing remotely enough.

The fundamental problem is that climate change just isn’t taken into account in any sort of comprehensive way when economic and policy decisions are being made. To be clear, I’m not a scientist, I’m just a guy that reads a lot of news. But the overwhelming trend across government and business over the last year has been big, headline grabbing announcements on climate change, but with a siloed effect – there’s no joined up thinking in terms of how this should be influencing literally aspect of life.

There’s a whole lot of really clear examples of this happening recently. Some of them are completely on the nose, and some speak to a more philosophical misunderstanding of what comprehensive climate change action needs to look like.

The first one is easy to spot: Solar panels weren’t considered for KiwiBuild homes, reports Newshub. They would have cost up to $15,000 more, on top of a house price of up to $650,000. It took Judith Collins of all people to point out why this was such hypocrisy, from a government that has talked big on climate change. What an opportunity it would have been to begin a huge wave on conversion towards diffused, small scale renewable energy generation, not to mention a chance for the government to put some steroids into the solar installation industry. Orthodox economic arguments make the point – totally fairly too – that the case for solar in New Zealand doesn’t stack up as well as it would in a country like Australia. But climate change doesn’t seem to really care about orthodox economics, and with improvements in battery technology, what price will future generations be able to put on better energy security?

How about this one: Eight out of every 10 new cars sold in New Zealand is a diesel-drinking double cab Ute, reports Radio NZ. And moreover, 64 of them were bought for every 1 electric car. So, what can be done about it? Currently, climate change minister James Shaw is working on an incentives package for electric cars, to make them more attractive. He said they’d be out “soon” more than two months ago, though. And besides, is it really likely that they’ll be much more than tinkering to shift the balance ever so slightly? We’re talking 64-1 here.

This suggestion is going to sound like complete jumping the shark lunacy, but what if alongside EV incentives, the importation of petrol and diesel cars was simply banned? Maybe you could winkle out an exemption for those who really, truly need them for work – farmers, tradies and DOC rangers, for example. But while New Zealand’s transportation fleet remains a major contributor to our carbon emissions, urban traffic jams full of Remuera Tractors are a perfect symbol of society-wide stupidity. And because cars last a few decades, at the current rate that’s not going to change at all any time soon.

Sometimes proposals get made with only one aspect of climate change in mind, and not the full implications of a world in which carbon emissions must be limited. The consortium behind the proposed Auckland waterfront stadium wisely took rising sea levels into account when designing their monument to rugby. They’ve also cleverly proposed that the stadium would effectively not cost ratepayers any money, so they can’t be accused of waste here. But is the construction of a brand new stadium really the best use of the resources that will be needed, and do amorphous concepts like ‘making Auckland world class’ really justify the emissions that will be produced in the construction?

Again, that’s going to sound like jumping the shark, and it’s perhaps unfair to lay something like this at the feet of the stadium consortium. Why should they consider the carbon emissions of construction when it’s not something that ever really happens in any other field? The tonnes and tonnes of concrete and steel, the emissions produced by diggers, tractors and cranes, all of that adds up very quickly in a carbon intensive process like construction. Even if you buy into the idea that stadiums produce economic benefits (which is highly debatable) that’s still literally just trading emissions for economic growth.

It’s fashionable at the moment to liken the required action against climate change at the moment to mobilising for war. The question then has to become, when Britain was gearing up to fight the Nazis, would a new football stadium have been a priority? And do we really expect events like Rugby World Cups to still be happening in the warmed world of 2050? Perhaps instead of a stadium as their legacy, the consortium could instead spend those emissions building Auckland a sea-wall to keep out the rising tides.

These are just small examples in the grand scheme of climate action. They don’t take into account, for example, the massive proportion of New Zealand’s emissions that are produced by farming – we’ve got to continue to eat, after all. But they’re all examples of where the choices being made aren’t taking emissions into account, because that’s the nature of the current political economy.

The government has committed to the ‘Just Transition’ approach to climate change action – that is, moving slowly but deliberately to de-carbonise the economy so that people aren’t left behind. That’s laudable, and there’s a consensus across Parliament on that too, with National throwing their support behind setting up a Climate Change Commission. But all of the current evidence suggests that process will be far too slow to make the required difference, and besides, success would take a whole world acting in concert.

At this rate, the climate change enforced transition won’t be just at all. If comprehensive action isn’t taken now, then time will run out. From there, the choice will be between a horribly economically austere transition, and a transition based on widespread displacement, societal collapse and death. It could end up being both, if research linking climate change to the Mediterranean refugee crisis is anything to go by.

But it is sadly inevitable that our living standards are going to drop as a result of climate change. And that’s going to happen whether we like it or not. For once, we need to really listen to what the scientists are saying, and act accordingly.