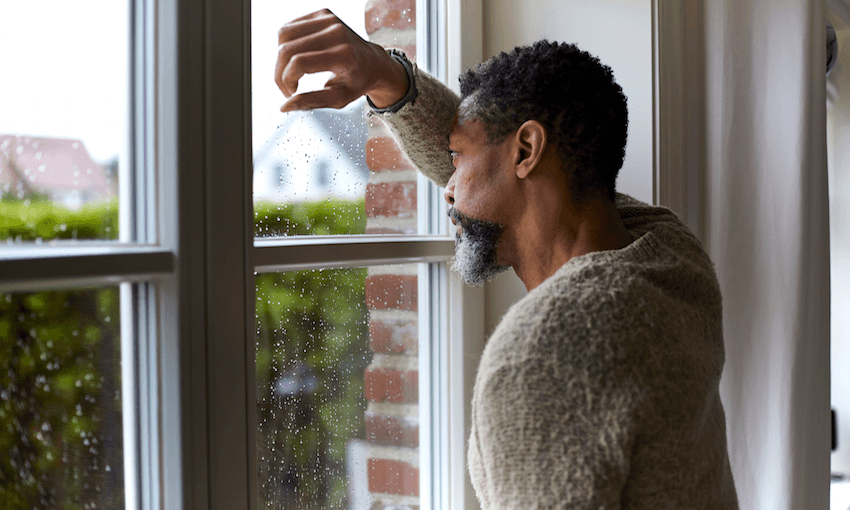 Covid-19: How to keep your friends while keeping your distance

As we head into our first weekend with many of us in self-isolation and practising social distancing, Sam Brooks offers a few tips on how to be social while saying alone.

Those famous words are probably the opposite of what you’re feeling if, like me, you’ve been in self-isolation for close to a week. There’s a difference between being alone and being lonely, though. Yesterday at his daily briefing, Ministry of Health hero Ashley Bloomfield pointedly swapped his language around distancing. Instead of “social distancing” he called it “physical distancing”, emphasising the importance of social interaction to people’s mental health and well-being.

As someone who is relentlessly social but also enjoys his own company, I’ve come up with a few suggestions to help you stay connected to your friends and family in the days and weeks ahead. Some of these will also keep you in touch with culture in general! The world keeps turning and burning, and there’s a whole lot of culture to catch up on, y’all.

If you’re into books

A book club! It’s the most obvious suggestion, but it’s obvious for a reason. One: It gives you something to do. Two: It gives you enforced social interaction on a deadline. Even if you can’t meet in person for now, you can keep your book club going through a group chat or a video conference hangout.

My personal tip for making sure your book club goes the distance is to keep the membership small – it can be as small as just you and another like-minded friend – and to change up the sorts of things you’re reading. Categories can include: NZ literature, memoir, essays, fiction, fiction by a woman, fiction that will make you feel better about the world, and so on and so forth.

If you’re into movies/TV

Moving on with the club idea, start a movie or TV club with a few friends. If you want a bunch of things to watch, do a movie club. If you want to watch something over a long amount of time, then do a TV show – either something ripe for discussion (The Americans, Love is Blind, two shows that will never be mentioned in the same sentence ever again) or something that people will send a lot of emojis about (Love is Blind again, how about Jessica, right?!). This gives your social interaction some purpose beyond ‘how’re you?’ which is the most tedious question in the world, regardless of how much you care.

Discussing the show or movie after the fact is great, but you don’t have to wait that long. Netflix Party is a Chrome Extension that synchronises your viewing of any Netflix content with your friends and lets you live chat while it plays. You can even pause the show for everyone if one of you needs a bathroom break or more snacks.

If you’re into music

This is a something I’ve been doing with my overseas friends for years – and these are dudes I haven’t seen in well over a decade. We’ll throw the new songs we’re listening to into a big group playlist to keep each other updated with what we’re doing and what we’re listening to. We change the playlist up every month, and it leaves us with insanely detailed, messy records of what we’ve been listening to. I wouldn’t know what their month was like, but I know for damn sure when one of them discovered Kid Cudi five years late.

It’s a great way to keep up with new music, and also a great way to troll your friends with music you know they’ll hate. Got a friend who only listens to Fleetwood Mac? Throw some Doja Cat at them!

If you’re into podcasts

Okay, so you know those rambly, chatty podcasts that you tend to ignore? Now is the absolutely right time for them. There’s something inherently calming about the aural presence of two people having a nice time and joking around with each other. It simulates the feelings of actually hang out with people without having to provide your own conversation. My favourites are Stop Podcasting Yourself and Best Friends with Nicole and Sasheer, but there’s literally hundreds of these kinds of podcasts out there. Find the people you want to hang out with, and listen in. Can I also recommend our very own chatfest The Real Pod?

Warning: This is not an endorsement to start your own podcast. How dare you. The world is dark enough already.

If you’re into games

Gamers the world over have been socialising with other players from the comfort of their beds for years. It’s arguably the most social media you can get! Whether playing games online with people (anything from online RPGs to basic things like card games) or sharing the things you make online (can I recommend the recent game Dreams? ), it’s pretty effortless to be social with people while playing. From The Sims and Minecraft to something simple like online chess or Scrabble, gaming let’s you have fun with your friends and socialise at the same time, without ever having to leave the house.

Now excuse me, I need to get back to Animal Crossing: New Horizons, released for the Nintendo Switch yesterday, which lets you build your own idyllic, Covid-19-free world. What a concept!

If you’re into food

Look, I barely cook. But I know people who do cook, and I know that they love to cook things known as ‘recipes’. A fun thing to do would be to form some sort of recipe club – find a few like minded friends to cook the same thing and share your results with each other. Share your photos, your variations, your substitutions. Form your own little cooking community!

Then: Eat the dinners together. Even though there’s no worse sound on a speaker than someone eating, there’s something weirdly calming about eating with people on a screen, especially when you have the physical freedom to do other things.

I realise nobody is ‘into YouTube’. The video streaming service is a core part of our lives now. It exists somewhere near the middle of the pyramid of needs, shuffling up or down depending on your generation. And because of that, YouTube is a good way to connect with other people. A game that I like to play when I’m hosting people in my lounge is to throw on YouTube and ask a question: “Do you want to watch something good, something bad, or something funny?”

We all have our favourite YouTube videos, so why not throw them together into a playlist? Whether they’re makeup tutorials, workouts, or 45 minute front-facing camera interviews with an influencer, share ‘em around. It’s not quite as social as the rest of these options, but what’s more fulfilling than sharing the innermost sanctum of your soul? Not much, says this bleak man.

Ultimately, the thing to do is stay in touch with each other.

Ask people how they are. And vice versa: let people know how you are. It’s how the world goes around, and nobody hates hearing from the people who care about them. Especially, in these corona-times, reach out to your gloomy friends, you know, the people whose curtains are closed by default. We love these people, and they love us back, but sometimes they might need to be shown or told it a bit more.

You might not be able to bring light in from the outside, but at least you can light up their notifications. Keep your distance from your loved ones – but don’t, you know, keep your distance.