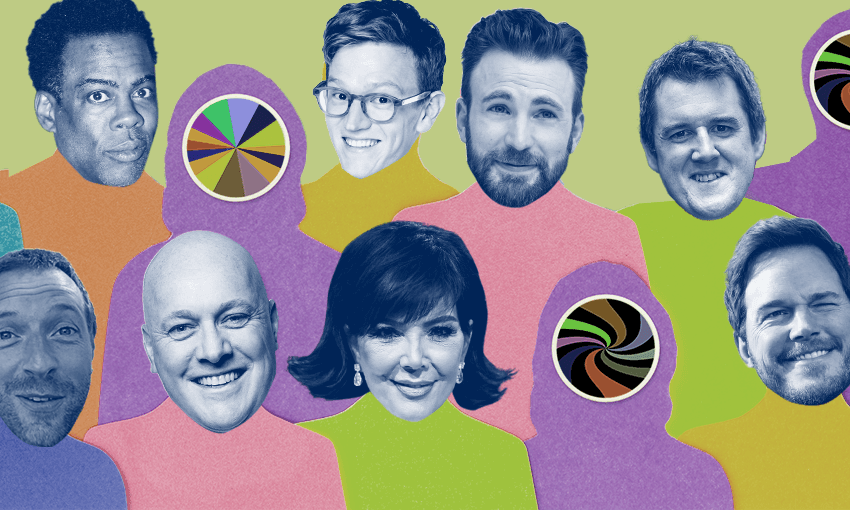 Everywhere I look, all I see is Chris. (Image: Archi Banal)

Everywhere I look, all I see is Chris. (Image: Archi Banal)

Hello. My name is Chris. So is everyone else’s, apparently.

At school, my two best friends had the same name as me. We didn’t think anything of it, just three kids called Chris rocking around in our happy little gang. We dubbed Milli Vanilli cassettes for each other, until the older brother of one Chris told me the band was fake and didn’t sing their own songs. I threw my copy of Girl You Know It’s True, complete with a colour photocopied cover, into the rubbish bin.

In my last job, which I left several years ago, I worked in an office where seven people within earshot of my desk were called Chris. Someone would attempt to get the attention of one Chris, and instead find eight people turning their heads in unison and yelling “Yes?” like a flock of angry parrots. By the end, I was so sick of this ritual I secretly organised a six-month sabbatical to a different department so I didn’t have to sit near any other Chrises. Then I quit.

Just last week, I interviewed two people called Chris. For one of those interviews, Chris and I sat next to each other for the three-hour drive between Auckland and Tauranga. As we talked, we realised we were nearly the same age, and from the same city, Whanganui. He was not one of my childhood friends, but he probably could have been. I played him the new Drug Church album, and he seemed to like it better than if I’d played him Girl You Know It’s True by Milli Vanilli.

At this moment in time, I have more than a dozen people in my phone’s contact list called Chris. More than 30 people called Chris have written stories for The Spinoff. Both coaches of my kids’ football teams are called Chris. I have a coffee date with someone called Chris on Wednesday. The Black Caps have been rife with players called Chris.

Kris Jenner is also called Chris, but, like the rap-metal band Korn, she spells it with a ‘K’.

This is not just a me problem. National Party leader Chris Luxon is called Chris. Two of his staff members, Chris Penk and Chris Bishop, are also called Chris. Not to mention the Labour Party’s Chris Hipkins and Kris Faafoi. (There’s also an Act list MP called Chris.) I can only imagine the nightmare whenever someone says the name “Chris” during question time.

I know what Luxon will be thinking when this happens: I used to be the CEO of Air NZ.

He’ll also be thinking this: too many people are called Chris.

When I asked fellow Spinoff staff members if they knew too many people called Chris, one said her husband was a Chris, and she would have been called Chris if only she’d been born a boy. Another said she knew a married couple called Chris and Chris. This is ridiculous.

Parents, please stop calling your children Chris. There are already too many of us in this world already. We don’t need any more.