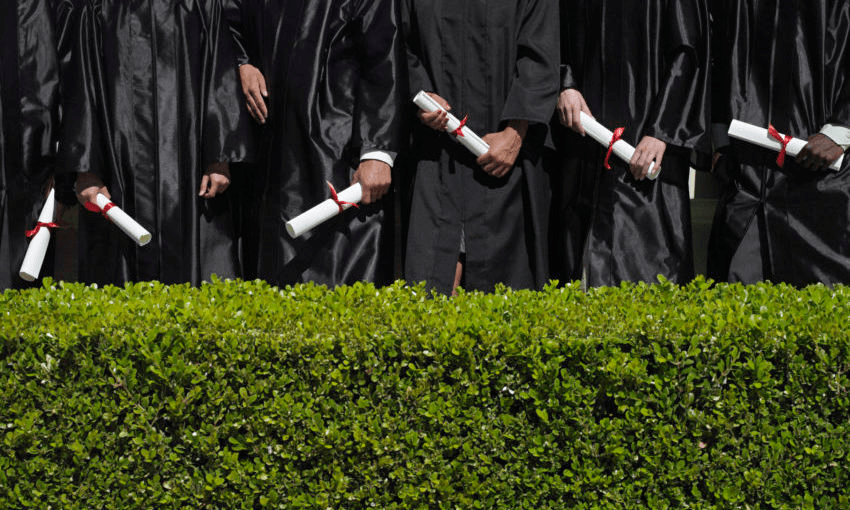 Despite the hashtags and the headlines, universities in New Zealand seem to have largely avoided facing up to their own “#MeToo moment”. It is not for the want of trying: women and non-binary staff members and students are actively talking about and decrying everything from the culture of microagressions and so-called “benevolent sexism” through to egregious macroaggressions, discrimination, sexual harassment and sexual violence that we encounter at our workplaces and places of study.

Recognition of the issues of systemic racism and sexism within higher education and academia is widespread. Last year MBIE released a Diversity in Science Statement, and committed to gathering data and making change. Many organisations are adopting Codes of Conduct for events, or for members. Internationally, recognition of the impact sexual harassment and violence has on the careers and aspirations of victims is being recognised by national research and scientific bodies, such as the National Academies of Science, Engineering, and Medicine in the United States. A comprehensive 2018 report commissioned by NASEM, Sexual Harassment of Women, provides extensive overview of the culture of universities:

“Four factors increase the likelihood that women in academic sciences, engineering, and medicine will be targeted with sexual harassment: male-dominated work settings; hierarchies that concentrate power in individuals and make students, junior faculty, and others dependent on them for funding, research direction, mentorship, and career advancement; symbolic legal compliance policies and procedures that are ineffective at preventing harassment; and uninformed leadership at all levels lacking the tools, intention, and/or focus needed to undertake the key actions necessary to reduce and prevent sexual harassment.”

There has been extensive work by journalists, looking at sexual harassment and sexual violence on university campuses in New Zealand, such as Michelle Duff’s recent piece which revealed the research that a third of New Zealand students are sexually assaulted, or Alison Mau and Joel McManus’s article headed “No clear sexual assault reporting system at New Zealand universities”. Yesterday, in another of the many stories which come with an extensive content warning for sexual assault and victim-blaming, saw an account of a situation in which a victim, Marie, made a serious complaint through what she thought were the appropriate channels, only to find that her university, Massey University, claimed to have no further recourse to support her safety in her continued study while the incident was investigated by police.

Institutions assert a need to balance the rights of the victim with the rights of the alleged perpetrator, but this act of balance never acknowledges the systemic, structural sexism of the institution. As with the idea of “balance” on the scientific evidence for the climate emergency, institutional “balance” leads to false equivalency; the idea that these complaints exist in a world in which all things are equal.

Complaints of sexual harassment or assault are often dealt with by the same processes and people who might handle a complaint of intellectual dishonesty. A complaint about sexual harassment and assault then becomes part of the myriad things busy people without suitable training in large complex organisations are expected to manage. However, plagiarism and academic integrity have clear policies and guidelines.

In this week’s case, the complainant said she was told not to talk about what happened to her, for reasons of confidentiality. Whose confidence is being kept? What training have the head of school and other academics had in safe reporting and disclosure, and whose confidentiality is to be prioritised?

The complainant’s story amounts to institutional revictimisation. Massey University is reported as saying it has done everything it can for her. And yet the impression is clear: she has become the problem, rather than the alleged perpetrator, whose access to education must not be imperiled.

I have been told that there are no registers for complaint, formal or informal. So, no data.

I have been told that there is no evidence for sexism, because there are programmes which support women into leadership, and no significant numbers of formal complaints (see above).

I have been told that in lieu of a formal complaint, a “quiet word” would be a better approach.

I have been told that “quiet words” were had.

I have asked if the “quiet words” are ever logged.

We cannot speak. But we are blamed for not speaking. For not “holding to account”. And when we do speak, we become the problem.

I am so sorry, Marie, that this happened to you. I am so sorry that we have failed to change the nature of the institutions within which you are studying, and in which you have a right to be safe. I hear you, all the other stories which are not yet told. I will keep on trying.