Head students are an integral part of the secondary school system in New Zealand, yet they are expected to cope with a seemingly never-ending to do list on top of their studies. So is the mahi worth the treats? Former head girl Ruby Clavey reports.


As Spider-Man’s Uncle Ben once put it, “with great power comes great responsibility”. He could have been talking about New Zealand’s roster of head boys and girls. Like Spider-Man himself, head students have a chance to be the superheroes of their schools – to create positive and inclusive spaces, strengthen relationships between staff and students, and become approachable faces of the school.

Which is one hell of a task for a small group of year 13s to undertake, on top of homework, extracurricular activities and sub-par sleep. It’s little surprise that head students are among the most stressed people on campus.

Still, there are perks that come with the stress. For head students, leadership scholarships – taking care of a significant chunk of university fees – are common, as are residential scholarships which cover the cost of student accommodation.

But do these perks make up for the intensity of the role? As a former head girl myself, I was interested in what other head students thought about experience, and whether they’d do it again given the chance of a do-over.


Tom Day, former deputy head boy of Mount Albert Grammar School (MAGS), says he came into the role with the aim of making the school more inclusive for all its students. As the second biggest school in New Zealand, with roughly 600 students per year group, MAGS has a high demand for student leadership. 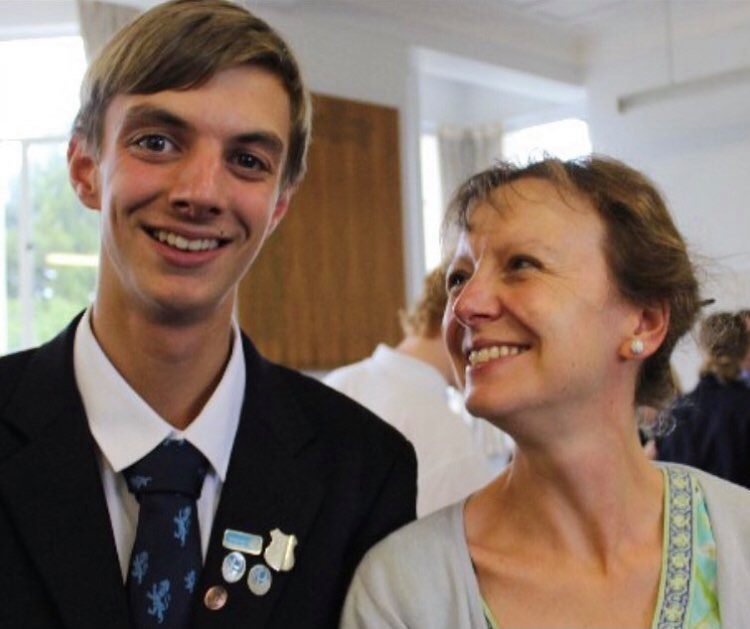 Day says the role was primarily about listening, and that meant getting involved with as many aspects of the school as possible. “Even groups that I’d never followed I’d join to feel like I was listening to everything that was going on,” he says.

But with less time to focus on schoolwork, Day’s academic progress stalled. “My grades in year 13 were not nearly as good as what I would have liked. You certainly feel as the representatives of the school that you should be getting higher grades. So that pressure is on as well.”

Day still received a merit endorsement, but says it was a “scrape” and much harder than previous years. “My time was incredibly stretched, I never felt like I had enough free time. I was either completing an assignment or leading some form of activity.”

Daniel* was the deputy head boy of a Catholic boys college in South Auckland. He says he felt a heavy load on his shoulders from the start, and picking up the slack for his fellow prefects added even more work to his rapidly growing pile of tasks.

The head boy was the “face of the school”, Daniel says, while Daniel’s role as deputy was to provide support – which in practice meant taking on the lion’s share of the less glamorous hard work.

For Olivia* a former head girl of a West Auckland Catholic girls college, the role was an invaluable experience, and one she doesn’t regret. However, she wasn’t prepared for the immense pressure that came with the role; from the school, her whānau, her peers and most intensely, from herself. “I was putting a lot of pressure on myself to conform to what the school wanted of me,” she says.


She says there was a constant tug-of-war between what she thought was right for the students and what the staff wanted her to do. “Most of the time I didn’t have the courage to stand up against what the school wanted because I already had doubts, like ‘I shouldn’t be saying these things because they’re probably not going to listen anyway’.”

She maintained an NCEA excellence endorsement, but at an incredibly high price. “My mental health was affected the most compared to anything else. All my internals were all-nighters. I really pushed myself to have that ‘due today, do today’ mentality. Unfortunately, I prioritised my head girl responsibilities and extracurricular activities over my studies.”

Staff supported Olivia and advised her to prioritise her studies over her leadership duties. But with mounting pressure and many eyes on her, she says it was inevitable that she’d ultimate focus on her leadership role.


“As head girl, every day you’re showing face to all the students and representing the school every day, and that does take a toll on you.”

Rachel* was head girl of a Wellington college in 2018 and says the skills she learnt outweighed the challenges that came with the role. She is now a member of her district council board, an impressive feat for someone of her age. “I wouldn’t be in a lot of the positions that I’m in now without having the same level of opportunities presented to myself.”

But the day to day reality of life as head girl was tough. She says she struggled with the pressure to both perform in the position and to be a role model for younger students – all while looking after her own mental health.  “You can’t be everything to everyone, but you also can’t be anything to anyone if you’re not looking after yourself, and that took me a while to realise.”

Her solution was to take classes that were less challenging and didn’t take up too much time. In year 12 she traded chemistry and calculus for statistics and social studies. “It was hard that I had to make that sacrifice but I knew it was for my own mental health.”

At the end of the day, the trust her college placed in Rachel made the sacrifices worth it, she says.

“It makes you trust up-and-coming student leaders and it makes you think really consciously about how you are supporting and consciously uplifting and empowering people who are following in your footsteps.”

Traci Liddall, the principal of Otorohanga College in the Waikato, says head students play a vital role that schools should do a better job of recognising. “Our student leaders, and our students overall, are an untapped voice and resource for our schools. They have so knowledge and so much skill and we don’t value that enough,” she says The process of becoming a head student at Otorohanga College isn’t a popularity contest. As Liddall explains, student hopefuls write a letter of application then undergo an interview process. In turn, staff provide a job description with a list of expectations of the role. They also let head students know what they should expect from senior staff and how the school will support the head students. “It’s really a negotiated job description,” Liddall says.

If a head student approached her with concerns over stress and mental health Liddall says she would evaluate the support available and help the student “work smarter, not harder” in their academics. If needed, she would appoint a deputy to take some of the workload or even help the head student step aside.

“We don’t want to see anyone fail, we don’t put people into positions so that we can sit back and watch them fail, we want the absolute opposite.”

The verdict: Head students are blessed but stressed

All of the former head students I spoke with expressed genuine gratitude for the experience, the knowledge gained during their tenure, and the opportunities the position afforded them after graduation. Through stress, they learnt the importance of time management. Through push backs from school management, they learnt how to stand up for their ideas and communities. And when it all got too much, they found that learning the art of delegation was the best way to reduce stress and improve the role by utilising other student leaders’ abilities.

Head students are seen as pillars of their communities and many continue to be successful after they graduate. But every superhero needs support when the pressure is on and the world (or school) needs help.