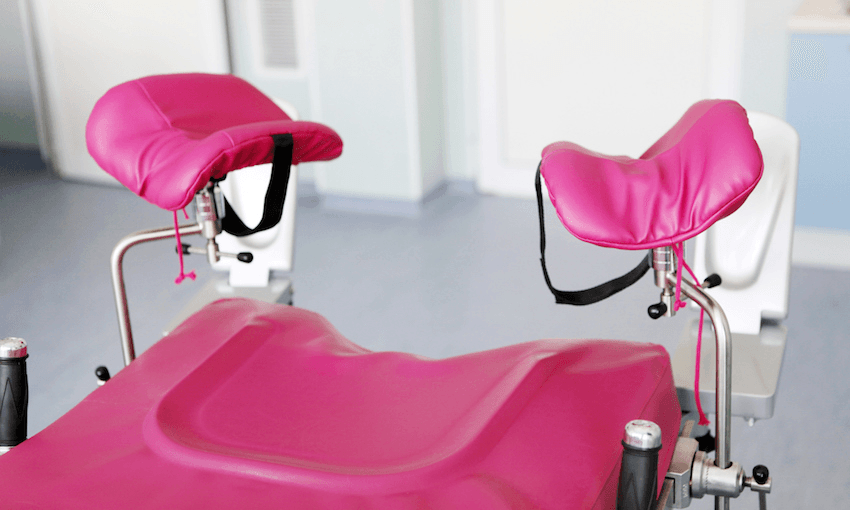 It’s OK to be uncomfortable about abortion

With the announcement that Labour is moving towards abortion law reform, New Zealand is gearing up to talk about a topic that makes a lot of people uncomfortable. So how can we acknowledge and move past the discomfort towards a law that works?

In case you didn’t realise, abortion is still in the Crimes Act. Provision for abortion is made through technicalities and regulated by a set of outdated laws. Patients and healthcare providers are required to jump through hoops and sometimes even lie to obtain permission from two certifying consultants.

District Health Boards control access to abortion, and anti-choice board members regularly make life harder for both patients and providers. The law isn’t working and Labour have admitted it. This is good news, but it means a fight is coming.

I grew up pro-life and now I’m on the committee of ALRANZ Abortion Rights Aotearoa. Looking back at what I believed when I was 16 is weird, but it also helps me see both why the anti-choice movement is so zealous and why abortion is a human right.

I went to a Catholic high school where students regularly chose ‘the horrors of abortion’ as a topic for public speaking. We had pamphlets handed out in what should have been sex ed containing ‘case studies’ of women who had sex outside of marriage and terrible things happened to them. Like having an abortion that rendered them infertile for the rest of their lives.

Fiercely believing that abortion is the state-sanctioned killing of children to which everyone else turns a blind eye enables people to justify an unsettling amount of self-righteous awfulness. If you truly believe you’re saving the lives of innocent, terrified babies, why would you respect a person’s right to get into an abortion clinic unhindered?

When I went to university, I got involved with student politics and the women’s rights movement and I quickly came to understand that a pro-life society would be terrifying. The idea of forced gestation and people being punished for taking matters into their own hands wasn’t something I had truly thought about before, and I came to realise that I was pro-choice. But I still thought I would never have an abortion myself, and boy did I feel smug about that.

Some people – like 20-year-old me – are so quick to bring up that while they could personally never do that, they’re still pro-choice. And that’s not very pro-choice at all. It’s virtue signalling that makes people who have had abortions feel shit.

As the story so often goes, after a pregnancy scare I realised I was a hypocritical little sod who would absolutely have an abortion. My road to all-out pro-choice activism was pretty short after that, and there’s a glib meme I now love that says ‘I bet you one unplanned pregnancy you’re actually pro-choice’.

My story is fairly common for people who went to religious schools or were raised pro-life. But even people who weren’t still live in a world where anti-choice pseudoscience and Christian teachings are accepted as fact.

Despite being debunked, the idea that women who’ve had abortions are more likely to suffer from mental health issues is still widely believed. People also commonly think abortion can create later fertility issues and that people often regret their abortion, despite studies saying otherwise.

And despite the Christian church being totally fine with abortion for centuries, the belief that life starts at conception has been absorbed as the dominant view by countries colonised by Christianity. Christian ideas are part of the fabric of our society, whether we’re Christian or not.

Even for people working to unlearn anti-choice propaganda, the topic of when life begins is still a deeply personal belief. The simple answer is not to engage with questions that truly have no right answer and let people chose what is right for them. And this is where pro-choice activism is vital.

In 2010, at a family planning conference, I was in the audience for a keynote speech by Ann Furedi, the chief executive of BPAS, the UK’s largest independent abortion provider. She said that every time a woman has an abortion it should be celebrated as her taking family planning into her own hands.

While I agree in principle, I think it’s a bloody hard ask that people celebrate their abortions in a society that stigmatises abortion, and even within an ideal society that doesn’t. Finding yourself with an unplanned pregnancy touches a whole lot of raw nerves for reasons I’ve outlined above.

And even if those nerves weren’t raw and we had a perfectly neutral society where all views were respected (but the provision of abortion was never at stake) it’s still going to be a hard choice for some. Irrespective of faith, the decision to terminate a pregnancy can weigh heavy on relationships, family, money, and health.

Most of the people who feel this way aren’t lobbying the government to ban abortion because they realise, like I did, that a society which forces people to carry out pregnancies they don’t want is a nightmarish hellscape no one wants to live in.

So maybe you’re in that category – you’re technically pro-choice but too uncomfortable with abortion to engage with the public battle that’s about to happen. Maybe you think that hellscape scenario is an overblown or unlikely outcome, despite the abortion battles United States, Australia, Poland and Ireland. Or maybe it’s just too messy of a topic for you to want to take a side in.

You’re about to have a lot of power. As the law is reviewed and a potential reform bill enters Parliament, politicians will invoke you constantly – the average person who is neither vehemently anti-choice nor all that comfortable talking about being pro-choice. This battle will be public and long and you’ll have many chances to affirm that yes it’s a tricky topic, yes it makes people uncomfortable, but you stand for the right to choose and a law which reflects that. You’re the silent majority, so please speak up.