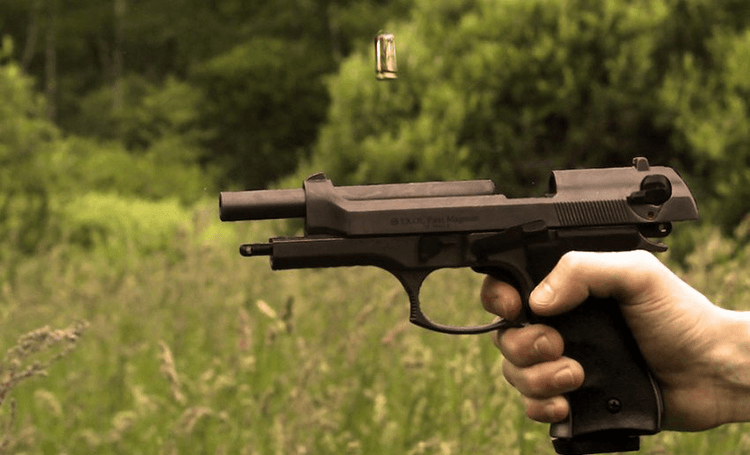 The Weapons Expo isn’t an arms fair? Pull the other one

This year’s Weapon Expo is being held in Palmerston North amid an insistence from organisers that it’s not an arms fair. Valerie Morse of Auckland Peace Action explains why they’re not buying that line and will be protesting regardless

Next week hundreds of weapons company delegates, military brass and government officials will descend on Palmerston North for a three-day shindig; the annual New Zealand Defence Industry Weapons Expo, a showcase for military gears and advanced technology is happening on Halloween.

The organisers of this year’s Weapons Expo are once again claiming that their event is not an arms fair. Bizarrely, they even claim that none of their members supply arms. Considering that the event has been hosted by Lockheed Martin, the world’s largest arms company, for the past 20 years, it seems that that NZ Defence Industry Association is spinning in the hope of minimising opposition.

Journalists from Radio NZ and from Newshub have attended the event in two different years: one in 2015, the other in 2017. In both cases, weapons were on display and journalists took still and video of the trade stalls with these items. Exhibition trade sites are sold as part of the three-day event at costs ranging from $4000-$12,000. Sponsorship opportunities include four $35,000 platinum slots that entitle a company to promote itself throughout the event.

The aim of the Weapons Expo is to grow New Zealand’s own military-industrial complex by linking up New Zealand companies with what are known as the “Primes” – the prime military contractors – the big weapons companies that secure contracts for major weapons: warships, fighter jets, missiles, tanks and so on. These military projects are of such a scale that there is significant subcontracting work available, like componentry, for example, that goes into missiles, such as the crystal oscillators make by Auckland company Rakon that are part of the JDAM missile.

The other aim of the Weapons Expo is to encourage a not-very-reluctant government to spend more money upgrading the military. This year alone the Labour-led government has committed $2.34 billion on four new aircraft, $103 million on a new Navy vessel, and $25 million on a military command and control system that matches the US military’s.

The Weapons Expo and its parent, the NZ Defence Industry Association, is a kind of trade-diversification strategy away from primary production, and one that fits well into a world that is increasingly militarised and “securitised” against real or imagined threats, and where the share prices of major weapons firms go up simply from the suggestion that a war might be waged. Successive NZ governments have supported this strategy with trade promotions assistance at overseas arms fairs, with research and development grants, with Ministry of Defence networking assistance, and of course, with ever-expanding arms expenditures here at home.

It is with all of this in mind that the peace movement has taken up organising community opposition to the Weapons Expo over the past three years. Clearly the campaign is effective, because the Expo has decamped from Wellington after 20 years for the rural comforts of Palmerston North where it hopes to find a more sympathetic, or at least a less politically active, community. They couldn’t be more wrong.

Due to community pressure, the Palmerston North City Council has agreed that its ethical investment policy will extend to its venues next year, and so it seems that the Weapons Expo will be on the move again after this year’s Halloween Expo. For those of us who will be on the streets protesting again this year, we plan on sending them packing for good.

The tactics of the campaign over the past couple of years have included the use of non-violent blockading techniques in which peace activists have sought to block entranceways and buses from actually getting to the event. The police have sought to portray many of the activists as less-than-peaceful, but the raft of brutal assaults on people at last year’s event evidences from whence the violence came.

Instead, hundreds of ordinary people have been willing to endure considerable discomfort, abuse and even injury to get in the way of war profiteering. The Weapons Expo was been forced out of Te Papa, then out of Wellington altogether – the Mayor Justin Lester has said no to the use of Council venues. In 2016, it was crippled by a blockade in Auckland for its one and only outing to the City of Sails that ended with a victory dance party by peace activists watched by perplexed policemen, and has now run up against a far more educated and active populace in Palmy than they anticipated. These tactics have been successful and show the power of collective community action.

This year, the Weapons Expo organisers along with the police and a pile of thuggish private security operators are trying to turn an entire city block into a no-go zone, all so that these weapons dealers don’t have to deal with reality: widespread, diverse and abiding opposition to their business. They are proposing road closures with checkpoints where they intend to screen people entering public streets and residential neighbourhoods.

Official Information Act requests have revealed that the police alone spent in excess of $100,000 providing security for the two day conference in 2017, and it seems that there is a deep well of resources to shut down the protest this year. All of this is in spite of widespread and consistent community opposition to the business of war.

Since the anti-nuclear movement of the 1980s, the peace movement has never again reached the levels of political power it had. But opposition to the annual Weapons Expo has been building year-on-year, while harder questions about the appropriateness of spending billions on new weaponry while thousands struggle to access housing, health care and even adequate food are being asked of a government that lays claims to being centre-left, but whose military policies and spending plans would receive little criticism from ACT.

The political push against the Weapons Expo and against military spending is only going to come from the grassroots, from people taking action, organising in their communities and making their voices heard. We can’t stand by while an event is hosted where Lockheed Martin is celebrated instead of condemned for its crimes against children in Yemen, and where New Zealand companies are supported to sell weapons to Saudi Arabia and other repressive regimes. With all that in mind, why not book in a little Halloween trip to Palmerston North this year and join the peace action happening there?