Charlotte Macdonald, who co-convened the panel that critiqued the Ministry of Education’s draft NZ histories curriculum, explains what needs to be done to make this initiative as rich, as current and as valuable to young New Zealanders as possible.

Most of us agree it is a good thing that schoolchildren (at years 1-10) will be learning something about their own histories from 2022. But what should that history – or histories – be, and who gets to decide?

Is it the Treaty of Waitangi, WW1 and WW2, with a glance back to first arrivals – of Polynesians around 800 years ago and Europeans from the 1760s? Is it the New Zealand Wars, colonisation and settlement, followed a little later by “King Dick” Seddon’s “god’s own country”? Is it the worlds of Hinematioro, Hongi Hika, Rangi Topeora, Iwikau Te Heuheu Tūkino III or Tūhawaiki, each very different in power and place, yet all whose lives spanned a fast-changing world; what the authors of Tangata Whenua term the shift from Te Ao Tawhito to Te Ao Hou?

All of these are fine beginnings, and strong contenders for a place in a history curriculum. Some of them can be found in the Aotearoa New Zealand histories draft curriculum released for public consultation by the Ministry of Education in early February 2021. A response released on May 18 by an expert panel of historians convened by Royal Society of New Zealand Te Apārangi provides a range of suggestions and recommendations on the draft. The panel strongly supports teaching New Zealand’s histories in schools. The response offers a constructive commentary in order to make this initiative as rich, as current and as valuable to young New Zealanders as possible.

Key recommendations include: that the curriculum say more about the 600 or so years between first arrival of the peoples who later come to be known as Māori and the late 18th centuries. One of the three “big ideas” that frame the curriculum draft is “that Māori history is the foundational and continuous history of Aotearoa New Zealand”. Yes, spot on. If that is so,  and if the overarching framing of “Whakapapa me te Whanaungatanga” is to speak through time, let’s take the long period of human settlement and inhabitation seriously.

Whakapapa, archaeology, changing use and shape of the land and its forests, its birdlife (moa have a history), iwi and hapū knowledge all have much to enrich this part of our history.

For more than half a century Māori had dealings of vastly different kinds with Europeans ranging from the lettered and vain Joseph Banks to the roughest and least scrupulous of sailors salted in skin and sin. Aotearoa New Zealand is distinctive in having such a long interacting phase prior to formal colonisation. The circumstances leading to the Treaty are incomprehensible without factoring the 1760s-1840s as an era of dynamic encounter and exchange. It was one of seven theme areas signalled in the government’s announcement of the histories in schools initiative. The panel would like to see more of it present. Let’s see more people. History is, at core, people acting and being acted upon. We urge more scope for showing the wide range of peoples for whom Aotearoa New Zealand is and has been home. There could be more women, in many guises, but including as campaigners in the world-leading achievement of the vote (surely vital in the wider curriculum goal of fostering “critical citizenship” among students).

There is a fourth big idea crying out for space: locating New Zealand’s histories on those of the global stage. New Zealand’s and New Zealanders’ histories have never been lived within bounds set by the geographies of our island borders. People, ideas and goods travel in and out, our histories connect us to the world – now and across all of our past. Nor is New Zealand’s relationship to the Pacific just one of a state relationship, important though that has been. There are many other dimensions. We would also like to see more of the 20th century.

Most crucially, the panel would like the curriculum to clearly open the door to the excitement, wonder and discovery in the study of history for school pupils. Finding out about the past is like being a detective: clues and threads survive but not always the full picture; people, places and events can be familiar in some respects, yet different in others: the stiff clothing, remarkable and numerous hats, awesomely large bullocks being driven by men wearing moleskin trousers, huge beards and tailored waistcoats (where have the skills of bullockies gone?). It is this combination of the familiarity and the strangeness of the past that provides the tension, the spring that makes history sing (and weep). It leads us back again and again to explore more, to ask new questions. And to look for better answers. 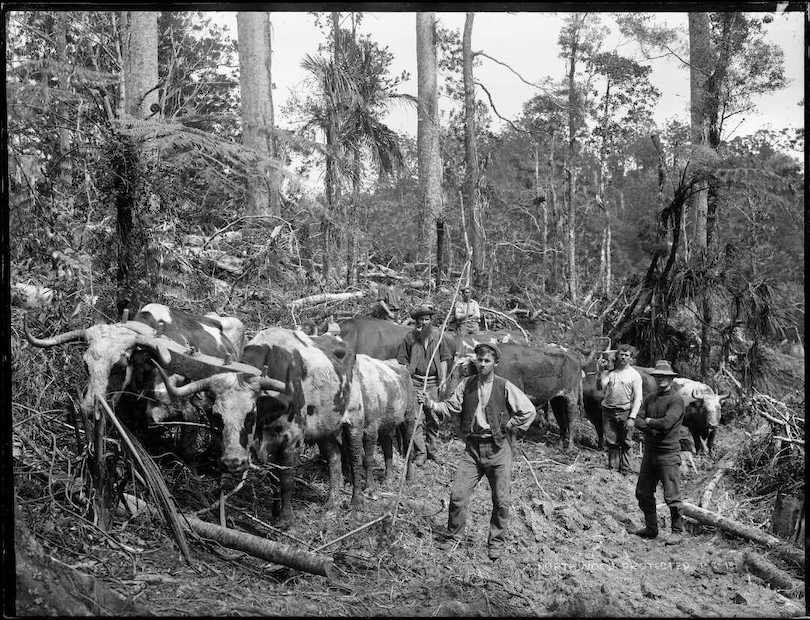 In asking those questions students are encouraged, rightly, to look at multiple narratives,  and at counter narratives to those that might have become orthodoxy – the ones we have discarded under “the Maori wars” or “the noble warrior”  or the “willing housewife”, or the larrikin child whose rightful destiny was in an industrial school (in an 1867 mindset and meagre public provision). In doing so, the first task is not to judge against the present. We can all too easily find ourselves superior and more knowing than those in the past. We know what the consequences of their actions have been. Rather, the task is to look at the evidence through which we know this story, this history: whether that is from a document, a waiata, an image in a wharenui or family album, a physical site that has been visited or studied, a newspaper from the time, or something else. It must be stronger than what the draft curriculum currently proposes as a “frame of reference”. For the panel, the goal of the study of history, to which all school pupils will be exposed from 2022, is first and most importantly, to know; to find their particular stories in the histories of this place. It is knowledge that is the source, the power, the agony and the delight.

The panel has had its say. It does so as a group of subject specialists, people who have knowledge and who care deeply about what we know, and how we know our histories.

It is now time – and there is just time – for you to have a say.

Take a look yourself. Write your own curriculum and put down the history you would like your child, mokopuna, grandchild, neighbours to learn – or what you wished you knew. And send your suggestions to the ministry before May 31, 2021.