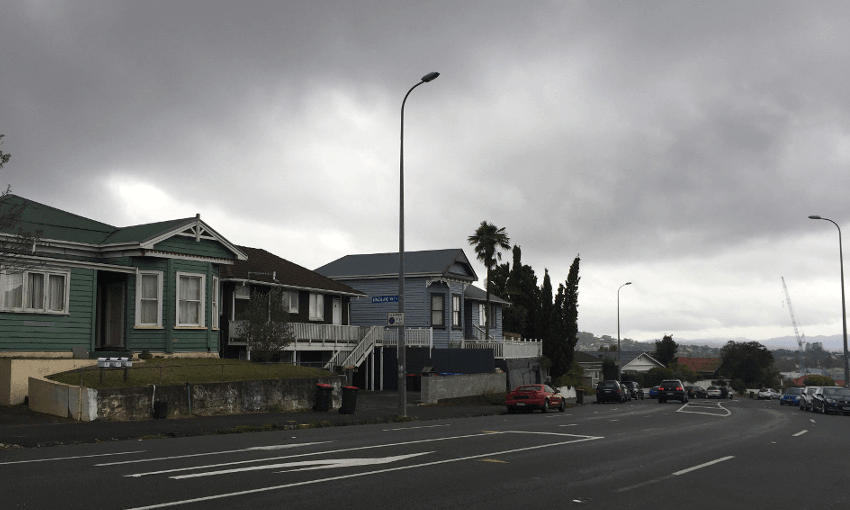 Since I last wrote for The Spinoff about newly-unveiled changes to tenancy law in Victoria and what they meant for Aotearoa New Zealand late last year, plenty has happened on our side of the equation that absolutely screams for meaningful reform.

First of all, a major social security benefit increase by the new Ardern government became an indirect transfer of government largesse to Wellington landlords, as student allowance boosts turned into higher rents for tenants across the city. Then, as Don Rowe reported for this site in January, landlord application forms in the pre-university rush began expressly inviting would-be tenants to nominate the maximum rent they would be willing to pay. MBIE’s dystopic response, as The Spinoff reported, celebrated the New Zealand tenant’s horrible new freedom:

“In fact, according to the MBIE, asking tenants to indicate a weekly rent actually removes the landlord from the rent setting equation, and allows the prospective tenant to be an active participant in the setting of ‘market rent’…”

Outside of a certain kind of economist abstraction, it’s pretty obvious to everyone else that this kind of rental bidding occurs in an asymmetrical environment. The supply of land, especially in places like Auckland and Wellington, is limited, and the negotiating power sits with the landlords. Those who need to live where they work, study, or access essential social services are on the back-foot. And bidding, which is less about the property’s intrinsic value and more about trying to name a price well clear of your competitors, continues to distort what are some punishing market rents.

Prepping for a talk I gave at the University of Auckland this month, I had an idea about a very simple way to stop these bids once and for all. It’s not exactly a ‘Eureka’ moment, a phrase that connotes some sort of powerful theoretical knowledge or insight. Maybe call it ‘one weird trick’. Speculators hate him!

Before I give it away, here’s what I think won’t work:

In 2017, Live Offer and Rentberry both announced their entrance into the Australian market, followed in hot pursuit by local start-up Rentwolf. All three apps streamline the process of applying for a residential tenancy, allowing applicants to tell the owner how soon they can move in, how long they intend to stay – and how much they’d be willing to pay. Though Rentberry, the originator amongst the three, has talked loftily of creating a market equilibrium, its CEO first incentivised the app to landlords by promising rent increases of 5% on average.

The proposed Victorian crackdown on rental bidding hasn’t described what would be done with start-ups like these – so far. But if I were a policymaker, I wouldn’t start bogging myself down in a war of attrition with an app.

Much as I like to see Silicon Valley’s would-be tech barons weep with their works destroyed, Rentberry and their ilk are a symptom and not a cause. It’s like Uber – the app didn’t create contractor precarity, it just thrived in the environment that was there. Banning a type of app or business looks unwieldy and draconian, and will force the social media interns working in these hell companies to start aggravating and provocative Twitter campaigns. Don’t do it.

There’s a school of thought that soliciting or accepting bids on rentals should be made into an offence with appropriate civil penalties attached. So, say, you go to an apartment viewing and you’re invited by some dude with Create-a-Jaw designer facial hair to offer your highest price for a place with a waterlogged/collapsing balcony and a bedroom the size of most bedroom ensuites. You walk down to the nearest friendly MBIE office and dob him and his company in.

There’s a couple of things that are practically challenging about this. One is that it’s MBIE – their capacity to trace and prosecute small individual matters is extremely limited, and I can’t see that changing (in recent years, this has been even worse if you’re an underpaid employee). The other one is that if you really, really need a property, you’ve blown the whistle on a law-breaking landlord/agency, but you now don’t have a place to move into. It’s a pyrrhic victory.

The one weird trick

So, what I’m proposing is a quick legislative fix. The below isn’t designed to slot simply into NZ or Victorian legislation. It’s a sort of  very rough composite of what a section of model tenancy law that prevents rent-bidding would look like.

Rented premises to be offered at listed price

In essence, this would mean that any bid made above the advertised rent for a property becomes a legal nullity. Say a place is going at a listed price of $1500.00 a month, but that a landlord or property manager manages to set off a small bidding war amongst tenants to get that to $1600 a month.

Upon taking possession of the property, the successful tenants can immediately revert to paying the $1500.00 that was listed. If the landlord keeps hassling them, they can seek a declaration from the Tenancy Tribunal that he or she has to leave them alone. The ‘negotiation’ to ramp up the rent will be of no effect.

What the change doesn’t do, obviously, is prevent a landlord from subsequently raising rents at the intervals allowed at law (nor does it prevent a tenant from seeking a review of these proposed increases). In that sense, if simply tacked on to existing legislation it would be a modest and effective way of stopping the bidding practice without any control over subsequent rent rises (whether such control should exist, and whether it’s something the current government could be brought around on, is an article in its own right).

One thing would absolutely have to change alongside this reform, though, and that’s the capacity for landlords to end tenancies without a reason. It’s pretty easy to see how any crackdown on rental bidding works otherwise – tenants are forced to make a bid and then keep paying the higher rent, knowing that trying to enforce their rights under law could end with them looking for a new place to live awfully soon.

As with any one proposed measure for residential tenancy reform, my suggestion isn’t a silver bullet. Depending on where you sit on the spectrum, ensuring people aren’t locked out of the rental market may depend on a massive investment in public and community housing, fostering of long-term and stable rentals, improving wages, or reforming the Resource Management Act. But this would remove one more kind of squeeze quickly and effectively, and represent a very slight levelling of the rental playing field.