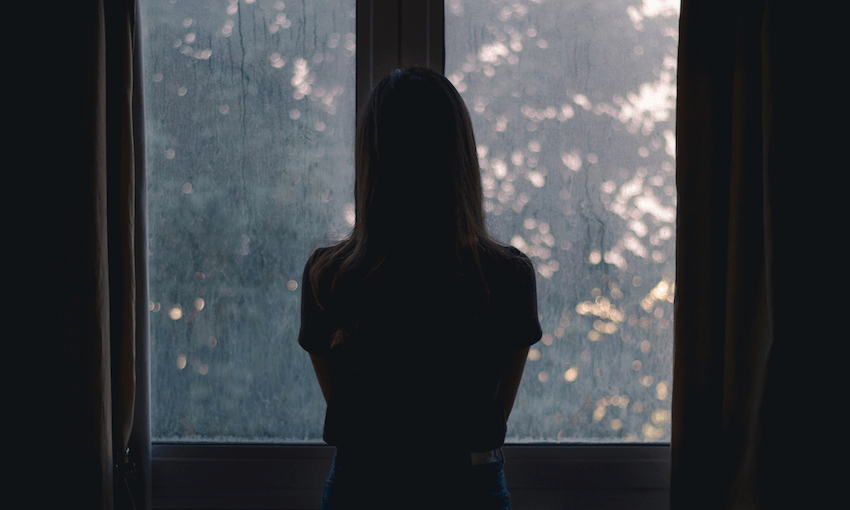 ‘I feel helpless’: The nine-month wait for action on a sexual assault complaint

In October 2019, she laid a complaint of sexual assault. Police say they’re ‘still waiting for a free detective’ to assign to the case. Emily Writes reports.

For Anne*, the morning of Thursday October 31, 2019, is indelibly printed on her memory. At 11.30am, she was brutally sexually assaulted in her home, she told The Spinoff. Anne, who has cerebral palsy, was 29, married and mum to two children. Nine months on, her ordeal has only been compounded, she says, by the lack of action by police.

On the day of the alleged attack, Anne called the police at around 5.30pm. She says two officers arrived and took her statement. Her husband, who had not been home that morning, gave his statement at the police station.

At around 8pm she was taken to the Pohutukawa Clinic, Auckland’s specialist medical service for adults who have been sexually assaulted or abused. Staff there have specialist training in sexual assault care and forensic medicine.

The officers showed her photos of the man she said had raped her hours before. “They spoke to me with the door closed. It was very traumatic. They said the photos don’t match and they asked which one it was and if I was sure. It was overwhelming. I was sure though.”

Her husband was now allowed to join her at the clinic to provide support. By the time they left it was close to midnight.

Three weeks on, the man who she told police attacked her got in touch. She passed the correspondence onto the detective who had interviewed her and the police scheduled a meeting for the following month, December. At that meeting, “I went over the whole thing again,” she says, “every detail of the assault from start to finish.”

There was no follow-up until April 6, when Detective Sergeant Mark Greaves responded to her email asking about progress.

“Police still need to speak to the suspect in this matter. Due to Covid-19 lockdown we will not be doing this until the lockdown has lifted. We will let you know when this has happened,” he wrote.

She was left feeling that her case was not being taken seriously. “I just felt like it was being seen as ‘ohh another one’ and then not prioritised,” she says.

“The detective who took my statement said if I didn’t hear by February to follow up. Now we’re in July. [My attacker] could be living it up, hurting others, out of the country. I have no idea.”

Between October 2019 and July 2020, Anne estimates she contacted police about her case “four to five times”. She says she’d been trying not to “bother” police, “because I know that they’re busy”.

“Sorry but we are still waiting for a free detective to assign the case to,” he wrote. “Once this is done the detective will contact you to introduce themselves.”

Asked by The Spinoff whether a delay of such length was acceptable, Detective Inspector David Kirby, manager of the police’s adult sexual assault division, provided the following statement: “Police take sexual violence extremely seriously and as such it would be highly unusual for an adult sexual violence investigation to wait eight to nine months before it was assigned to an investigator.”

When further details of Anne’s case were provided, with her permission, police did not respond to specific questions, including why no detective had been assigned to the case.

Instead police issued a statement in the name of Detective Inspector Scott Beard: “Police take all reports of sexual assault seriously and each case is assessed on a case-by-case basis and prioritised accordingly.”

It continued: “These cases are often complex and there are certain thresholds of evidence that must be met to satisfy that an offence has occurred. In this specific case, police took immediate steps to make further enquiries into the report which included the complainant participating in a specialist interview in the weeks following. The lockdown as a result of Covid-19 was an unprecedented situation which resulted in some procedural matters being delayed due to restrictions in place.”

Police would be “speaking with the complainant in this matter going forward”, said Beard.

Anne says she feels let down by the process as a whole.

“I was married at the time. We’re separated now. My outlook on life is very different to how it was before the assault. I live in fear. I can’t trust people and I feel threatened by most men because I’m afraid that they’ll take advantage of me. I’ve tried my best to regain my confidence. I’m learning to appreciate the small things again.”

Her faith in the police and the system had been badly shaken, she says. “I feel helpless. I don’t know what to do.”

*Not her real name.