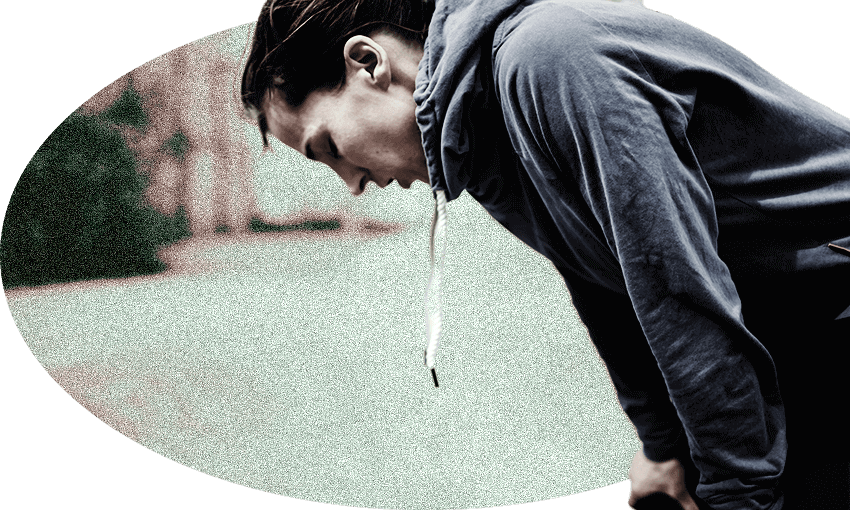 Freya Sawbridge was infected with Covid-19 in March 2020. Eighteen months later she still was suffering symptoms. Like other so-called long-haulers, she worries that too few of us understand the long term risks of contracting even a mild case of Covid-19.

I call George as he sits outside a psychologist’s office. The 29-year-old has been off work for four months since his “mild” Covid infection, and his disability benefits are now running out. “The irony of this whole thing,” he says, “is that I run a boutique health club. Now I’m incapacitated”. He doesn’t know when his symptoms will end or how he will pay next month’s rent.

George’s story is not atypical. The prevalence of long Covid among those who contract Covid-19 ranges between 5 and 40% of cases, but most studies pin it between 5 and 10%. Long Covid is a term coined by patients at the beginning of the pandemic when it became clear many people’s symptoms were not ending (and often worsening) after the acute infection ended. The effects are wide-ranging and can generate over 200 symptoms; fevers, dizziness, numbing, fatigue, breathing troubles, seizures and arrythmia to name a few. Ever known a cold to cause these issues months and years post-infection? Neither have I.

The severity of the illness stretches from those who experience symptoms but can still function and live a semi-normal life to those who are completely bed bound. Either way, it is on track to become the biggest disabling event in modern history. Two million people have dealt with it in Britain since the start of the pandemic and an estimated 20 million are currently living with it in the US.

A difference from the beginning of the pandemic is that now we are armed with vaccines, but they only reduce the likelihood of long Covid by about 50%. However, the transmissibility of omicron means the number of people developing the illness is increasing, not decreasing. As Danny Altmann, professor of immunology at Imperial College London, says in The Guardian, “each 3.5 million cases becomes another 175,000 people with long Covid”.

A common misconception is that only those with severe illnesses go on to develop long Covid. In reality, the opposite is true. Most of the people I spoke to had had a mild initial case and some were even asymptomatic before developing long Covid. This is why the “omicron is mild” narrative is so misleading, because people think they will be fine just because they didn’t end up in hospital.

Camille wasn’t worried when she caught Covid. She was an energetic 27-year-old, and her symptoms were so manageable that she continued her PhD study through her infection. Her symptoms abated after five days and she was relieved to have “got it over with”. One month later, something felt off. Her heart would soar to 150 just from standing up even though she was an avid runner. Her memory began lapsing and she was forgetting words mid-conversation. Then she began passing out. Her sister rushed her to the emergency department but she was told nothing could be done to help. That was 16 months ago and she is still sick. She has had to defer her PhD.

Like many other invisible disabilities, most people afflicted with long Covid don’t speak up for fear of judgement and concern over employment discrimination. Marie tried to confide in her family, but she was disbelieved. “They thought I was undergoing some psychiatric breakdown,” she tells me. You would have thought that a global pandemic would increase our empathy and make us more unified despite our individual differences. Instead, the intense politicisation of the virus has created a cycle of marginalisation. The “me and my friends were OK after Covid so why weren’t you” rhetoric has taken hold, when the logical conclusion should be “viruses affect everyone differently”.

The risk of organ damage with Covid-19 is well documented, but few people realise that damage can occur even in those who consider themselves fully recovered from infection. For example, recent findings published in the British Medical Journal revealed a 33-fold increase in the risk of blood clots and a surge in other post-Covid complications such as heart problems and strokes. Another major study comparing brain scans of people before and after a Covid infection showed greater overall brain shrinkage and damage than in an uninfected control group, regardless of severity or age.

Reinfections is another unforeseen complication of the pandemic. Many had hoped herd immunity would be achieved through a combination of exposure and vaccines but repeat infections are becoming increasingly common. You could escape long Covid after your first or even second infection, but what about the third one?

This pandemic is now two years old and the science is well established: long Covid is a real, multi-organ disease that affects far too many people to be brushed off as an unfortunate and rare side effect of the pandemic. Yet governments, medical institutions and the media are not adequately warning people of the risk. This is most likely because being honest about the prevalence of long Covid undermines a strategy of dropping all precautions and “learning to live” with the virus. The German health minister, Karl Lauterbach, is one of the few politicians consistently speaking up. In a recent tweet he warned “In a few years we will see [the] full extend of long Covid… even if the course is mild, there is a risk that life will change. Nobody likes to hear it, but that’s the way it is”.

No one wants lockdowns to return but it is imperative that we change our cavalier and arrogant thinking surrounding the pandemic and the risk of long Covid. Reducing mitigations so drastically when case numbers continue to soar will only drag more people into the world of disability. We must be transparent about the price we are paying for our freedom.

Freya Sawbridge is the New Zealand delegate to the World Health Organisation for long Covid and the administrator of the NZ Long Covid Group.