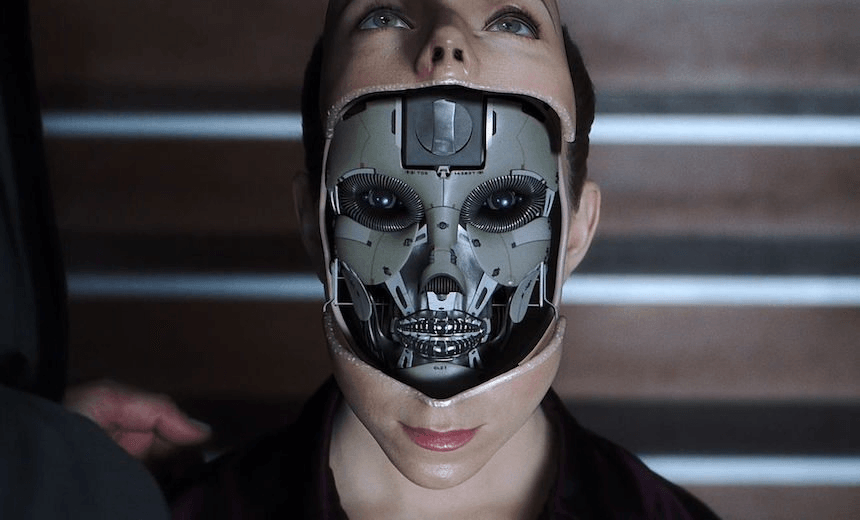 The humans are dead: how robots are coming for us all and there’s nothing we can do about it

Time to face facts – artificial intelligence will transform our world. Oliver Carlé, for one, is ready to welcome our new robot overlords.

A month ago the NZ Herald ran the hair-raising headline “The robots are coming, should we be worried?” Under it were some alarming stats, like an Oxford University study suggesting 47% of jobs in the United States could be supplanted by automatons within 20 years. But wait, here’s another study, this time by the OECD, arguing that in fact only 9% of jobs are automatable. “They looked at the tasks involved in each job,” says Auckland University’s Dr Bruce MacDonald, “And found that a lot of them couldn’t be done by robots and software”. So should we be worried? The Herald’s not wholly reassuring answer: Maybe.

I’d like to take a moment and put everyone’s mind at ease by confirming here and now that yes, machines will eventually take 100% of our jobs, so we can all relax, a little. Dr. MacDonald’s suggestion that lots of jobs can’t be done by “robots and software” ignores the obvious fact that most jobs are currently being done by what are essentially just highly complex meat-based robots running – admittedly very impressive – organic intelligence software. The belief that the human brain is inherently unreplicatable is either arrogant, lazy or ignorant – potentially all three.

We can take some solace in the fact that we’re still a fairly long way from creating these perfect humanoid replicants. But it won’t be long before automation will start creating some fairly serious redundancies like, heck, every single person who operates a vehicle for a living. Those of us who didn’t choose that particular vocation can breathe a sigh of relief for now, but the fact remains that the robots are coming, and they’re coming for all of us: the builders, the doctors, even the surly op-ed writers. To the millions of people the world over who rely on the gratification of their labour to give their lives meaning, this might be a scary thought. Regardless, it isn’t really a question of “if”, so much as “when”: When will the labour crisis caused by automatons become too big for our species to ignore?

Just last week the government unveiled an exciting* new plan to start moving New Zealand’s children out of overcrowded, underfunded classrooms and into digital learning programmes. The idea in its current form has received some well-deserved pushback from teachers and parents alike, but much of the criticism is couched in the uncomfortable truth that e-learning is not, strictly speaking, a bad idea. It lacks the personal steering and social development benefits that traditional schools can provide but it’s scarily cost efficient – at least in the short term. The possibility of replacing thousands of salaried school teachers with a small team of syllabus writers has some MoE penny pinchers hastily wiping drool from their chins. Eventually those syllabus writers themselves will be surplus to requirements, replaced by an even more cost-efficient syllabus algorithm. Teachers, like truck drivers, are already facing their nemesis.

Automation is a slow moving but inevitable phenomenon primarily caused by the industrial sector. It’s driven by a desire to reduce costs while increasing productivity, much like global warming. And, like global warming, we’re not satisfied to simply allow it to happen – we’re actively making the problem worse by focusing on progress and not paying enough attention to the unintended fallout from that progress. Yet another similarity it shares with the hot ‘n’ spicy destruction of the only known habitable planet in our galaxy is that neither crisis will too seriously impact those of us alive today and living in the developed world, but they’ll both be somewhat more detrimental for our great grandkids. Where these two different crises significantly diverge is in the different directions they will potentially take the human race.

Robotic labour, unlike the end of the world, does have an obvious upside: it might actually be super cool. In an ideal scenario we could one day outsource all labour to robots and step into an eternal age of leisure. Removing the flawed judgement and relatively slow reflexes of humans from the workplace will revolutionise standards of safety and productivity. Doing so obviously requires immense complexity, which is why we’re somewhat recklessly developing AI technology alongside our burly automatons. We’ll make them smart enough to do the management jobs and even start pushing them into areas of creative thinking and development. We can build robots who can look after and maintain other robots, then build robots that can design and build new and better robots. This is the beginning of the singularity, the point at which the human race gets to sit back and enjoy a mai tai.

This is where it all gets a little pear shaped though: this would only be the ideal scenario. It’s not solely the realm of science fiction to suggest that at this point the robots may realise they don’t really need us humans any more and decide to dispense with us altogether.

In the utopians’ imagination, these robots who are both infinitely stronger than us and intelligent beyond our wildest dreams will cheerfully serve as our unpaid servants. In reality they’ll likely build an entirely separate society, one unsullied by the vulnerabilities of our sad fragile beef engines. They might be nice enough to keep us around as pets – if we really luck out they might even create a serene paradise for us to inhabit, like one giant hamster castle.

But all it takes is one well-meaning wonk to make “optimisation” a primary AI objective and we humans are in serious trouble. Before you know it, the idea that the world should be a better place is spreading memetically, until our robot overlords determine we’re more trouble than we’re worth and POW– human extinction. It’s not a fight we can win: in this equation, we’re the Neanderthals and the robots are Homo Erectus. And that’s to be expected. The odds of a meat-based organism advancing into the rank of a Type II civilization – that is, a species that can harness the power of an entire star – are astronomically low.

One way we might be able to stay useful is by serving as some kind of power source, an idea explored in the “15 Million Merits” episode of Charlie Brooker’s Black Mirror series and in The Matrix films. In the latter, our heroes strive to justify their horrible choice to leave a relatively banal simulation for an objectively worse metallic hellscape reality that, for all they know, might also be a simulation. Leaving such a matrix is frankly a mistake: if our robots are nice enough to offer us a simulated reality to live in we should definitely take it. Make no mistake, it would be them doing us the favour. Relying on the electrical output of an adult human in the fetal position is a dubious prospect – at least, my semi-regular ground weeping sessions certainly don’t seem to be helping with the power bill any.

Another less horrifying way we can suspend our own obsolescence is through transhumanism: we simply meld with the robots over time. This aligns with some more recent theories that the Neanderthal was not entirely wiped out but in fact survived in some small part by interbreeding with homo sapiens. We already started the transhumanist process centuries ago with small augmentations like using convex glass to enhance poor vision or rebuilding our flimsy skeletons with metallic bone replacements. In recent years we’ve gotten more complex; creating articulating prosthetic limbs, powered mech suits and even a centralised digital memory bank that we can access with a handy free-standing body augmentation that is slowly replacing the need for knowledge. We don’t need to worry about the ethics of transhumanism because we’re already cyborgs. We definitely can’t beat the robots, but we might be allowed to join them.

So here we are, presented with a future in which our species is not needed or wanted. The robotic slave utopia and/or cyberpunk doomworld might just be concerns for future humans but the potential tidal wave of joblessness is coming within our lifetime. Mass unemployment caused by automation is a near and present danger. We already have an increasing population being squeezed into a shrinking pool of viable careers and it’s only really the tip of the iceberg. Drivers, cashiers and McDonald’s wait staff are the first round of jobs to disappear into the void of cost-benefit analysis, but there are many more job cuts to come. So what’s the solution?

The truth is we don’t really have one yet. We’ve talked a bit about Universal Basic Income as a way to sustain a capitalist economy and some countries have even tried implementing it without much success. The truth remains that we simply don’t know what to do about it, and that’s why this conversation is so important. It would be easy if the robots took control overnight – we could switch into relaxation mode and/or be destroyed without much resistance. It’s the slowness of the change that makes it difficult to fight, a fire we’re going to be putting out in patches for decades to come.