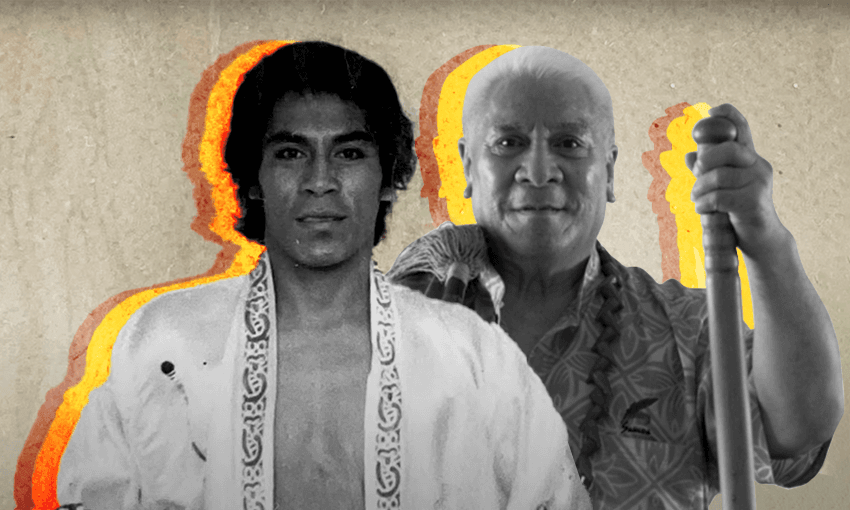 By Arizona Leger
Contributing writer
Made possible by

He should be in the conversation around the sport’s greatest of all time. Instead, Ali Afakasi’s story is one of what ifs.

The acronym “GOAT”, short for “Greatest of All Time”, has attached itself to a number of sporting legends over the years. Once labelled the GOAT, an athlete’s name transcends their sport and becomes familiar to even non-sporting communities. But what allows an athlete to advance from good to GOAT? How are we sure that they are truly the greatest of all time when not all athletes have the resources to compete at an equal level?

Imagine being at the start your journey towards becoming a “great” and that dream being crushed within seconds of it emerging. That’s what happened to Lofipo Alipapa (Ali) Afakasi. And although there are different recollections of how or why it happened, Afakasi’s version of events is that the trainer simply “didn’t do his job”. The rest is a history most have forgotten.

The name Ali Afakasi should be a household name in the global boxing community. It began with a God-given talent for boxing and the dream to put Sāmoa on the map. From his Vaigaga village boxing club to competing at the Commonwealth Games, Afakasi believed that God gave him a talent for boxing and it was his responsibility to make the most of it. That gift saw him move to Aotearoa in 1968 and become the first Sāmoan to represent the silver fern at the 1970 Commonwealth Games in Edinburgh. It was there that Afakasi was let down by one small mistake from an inexperienced trainer, which may well have cost him his sporting future.

Afakasi travelled to the games with one other boxer and that boxer’s trainer. When it came time to weigh in, the trainer made the mistake of weighing Afakasi on the official scales, where he weighed in half a stone too heavy for his usual division. Afakasi took an hour to make weight by running around Edinburgh Palace and returned for his final weigh in. Or so he thought. Officials informed Afakasi that he had already been weighed with the official scale, and denied him the opportunity to make weight. As a result, Afakasi was moved up a weight class and was beaten in the first round by the athlete that went on to win his division. Once you lose your fight, that’s it, you go home. Afakasi recalls his Games experience as a “very sad time”.

What if the trainer hadn’t made that mistake? What if Afakasi weighed in correctly and qualified for his intended class? What would that have meant not just for Afakasi, but for the progression of professional sport in Sāmoa? How many other Pacific athletes have missed the opportunity to be GOATs and progress professional sport in their homeland because of poor management?

What if the one percent difference between being good and becoming the GOAT is being surrounded by good management and resources – and if that’s the case, how can we ensure future generations don’t miss out on witnessing the next Ali Afakasi?

“In another era and with better promoters and management, he would’ve been given more opportunities and that would’ve been huge,” says boxing promoter Mike Edwards, who rates Afakasi in his top five New Zealand boxers since 1960. “If he was around now, he’d be fighting for the world title,” agrees Papatoetoe Boxing Club owner Grant Arkell. “He was that good.”

Afakasi was made a member of the NZ Order of Merit for services to boxing in 2007. While he may not have attained GOAT status, he will always be considered a giant – one who lent his shoulders to a succession of Pacific boxers who have thrived on a pathway that he helped carve out.