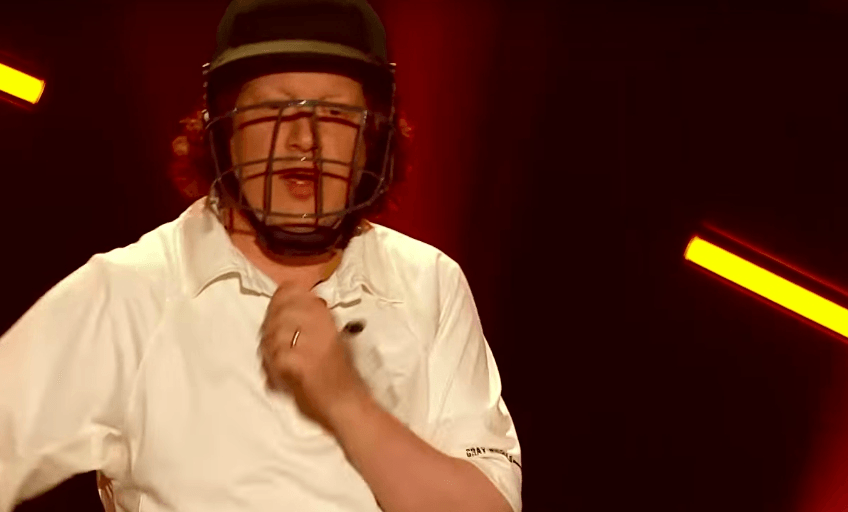 Podcast host, comedian and big-brained Brit Andy Zaltzman will be coming to New Zealand later this year for the comedy festival. He spoke to Alex Braae about politics, satire, and the game he can’t get enough of.

“Half an hour later, the entire foundation of English civilisation had collapsed. It was the lowest point in the history of the English nation. It was not an easy sleep, I’ll be honest.”

English comedian and political satirist Andy Zaltzman was disappointed, angry, and not mincing words. His country had inflicted a humiliating self inflicted wound on itself, and was the laughing stock of the world.

No, it wasn’t the Brexit vote, it was the English test cricket team being bowled out for 58.

I spoke to Andy Zaltzman on a grim night for English cricket. After months on the road, including scarring defeats in the Ashes and T20 tri-series, it had arguably got even worse. At the time of recording, the Black Caps had a huge lead for the first day.

Andy Zaltzman does have a lot of opinions about issues like Brexit, but his mind can’t help but wander back to leather and willow. He alludes to sledging when talking about Australian politics. He’s made a version of Donald Trump in one of his shows a cricket fan.

Zaltzman says it’s his “refuge from reality,” and was most upset that so much of the game was already over.

“This is also why test cricket is so valuable, because it takes so long. It gives you a longer time off from what’s actually happening in the world. You want it to be slow and boring, that’s the entire point.”

The show that he’s bringing to New Zealand will be more about politics and less about cricket, provided he can stick to the plan and keep his line and length steady. Andy Zaltzman keeps one eye firmly fixed on the news to gather up material for his satirical podcast The Bugle.

But even he says it’s difficult to come up with ways to make existing stories any more absurd than they already are.

“They say be careful what you wish for, and there must be some satirical King Midas, and everything he touches turns to ludicrous news. It’s a constant challenge trying to find ways to deal with the various lunacies of the world.”

He admits that despite his show being called Right Questions, Wrong Answers, he’s trying just as hard as everyone else to make sense of these turbulent times in politics, both in Britain and America, where he tours regularly.

“To be honest, I don’t know if we will know entirely what’s going on until about 60 years from now, when we start getting the forensics in to have a look at what the hell is left.”

Andy Zaltzman will be performing in Wellington on 30 April and in Auckland on 1 & 2 May. Tickets via comedyfestival.co.nz.