Quarantine free-travel with three Australian states (and the ACT) is back on as of this morning, reports Stuff. The bubble was paused completely amid a Covid scare which so far doesn’t appear to have resulted in any community transmission in New Zealand. Some states continue to have a pause on them, and people who have been in them recently may not necessarily be able to return to NZ straight away.

Meanwhile, people in NZ largely aren’t getting tested even if they have symptoms consistent with Covid-19, reports Radio NZ. The findings come from a survey by the Royal College of Pathologists of Australasia, and were described as “concerning” by the body, particularly given the more contagious Delta variant is spreading overseas, and that testing only really ramps up when there’s a scare. “In order to continue managing this pandemic successfully in New Zealand and enjoying the travel bubble we have with Australia, we strongly advise anyone to be tested if they have cold and flu like symptoms,” said RCPA president Michael Dray.

And this was shaping as a crucial week for the vaccine rollout, but it appears the crisis has been averted. The NZ Herald reports this morning 150,000 Pfizer doses have been delivered, which avoids the drama that would have otherwise happened if they were delayed. A final piece to read which ties all of these themes together is by Justin Giovannetti, who has written about the key question underpinning all of the Covid response – when will the pandemic end sufficiently for the world to return to normal?

The former Head of Music at Epsom Girls has been named as resigning after accusations of inappropriate sexual conduct with a student. The story by Stuff’s Alison Mau reveals that police confirmed a complaint had been made, but had not proceeded as the student was over the age of consent. However Peter Thomas​, 51, still faces an investigation by the Teaching Council.

In some welcome news in the political arena, Labour MP Kiritapu Allan will be returning to work this week. She made the announcement in an Instagram post, after undergoing treatment for cervical cancer. She will not immediately return as the emergency management minister, as that is a job that can require being on call around the clock.

A quirk of the current banking world: TSB, formerly the Taranaki Savings Bank, now has more exposure to the Auckland property market than it does to Taranaki itself, reports Interest. That is a sharp turnaround in figures from just four years ago, and perhaps unsurprisingly, both profit and gross lending is up in the latest annual report, while the amount of commercial and agriculture lending TSB is doing fell. I’m happy to be corrected, but the trends look indicative of wider flows of capital into property, rather than what we might call the productive economy.

Observers have noted Sir Tim Shadbolt’s partner has had an “unusually” large role in the running of Invercargill, reports Luisa Girao for the ODT. THe observers were appointed after concerns were raised about Invercargill’s governance, and the story outlines partner Asha Dutt’s involvement. That previously included having meetings with the deputy mayor, who has since decided such meetings aren’t good practice. 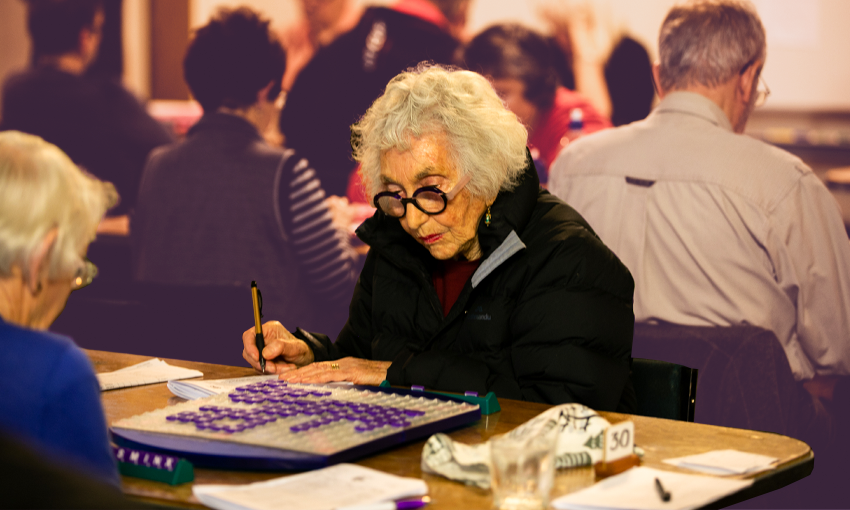 Right now on The Spinoff: Alex Casey spends a weekend watching the most competitive Scrabble players in the country go about their wordplay. Michael Andrew went inside Fonterra’s R&D operation to see and taste the cheese lollipops that are being developed there. Charlotte Muru-Lanning, in partnership with Te Ohu Kaimoana, writes about the history of how Māori fishing rights were won and almost lost. Tenant advocate Ashok Jacob writes about Wellington’s character homes, and the people their protection leaves out in the cold. Oliver Lewis visits Christchurch pensioner Zhang Wang, a keen gardener whose work was destroyed by the landlord, but has since been flooded with community support. Liam Rātana, in partnership with Kiwibank, writes about the nine stars of Matariki and the turning of one year into the next. And Scotty Stevenson explodes at a rugby column that argued women are taking from, rather than giving to the game.

For a feature today, a short extract from a beautiful piece about wāhine at the edge of the world. Shepherdess has profiled Rēkohu/Chatham Islands and the women who are the heart of the community. If you haven’t heard of the publication, Shepherdess is a magazine about rural women, and just speaking personally it’s right up there with my favourite publications in the country right now. We got a hard copy sent to the office – here’s an excerpt of a story that is available in full in that form.

The tide is out in the bay at the back of the depot, and a rogue cattle beast wanders past. With her clipboard in hand, Shannon walks among the crew, letting them know they are doing an “awesome job”.

Three young women move in sync, grading the shiny, jostling crayfish by size and quality, skilfully avoiding being pinched or flicked with a tail. The crayfish are packed up, alive but sedated, in preparation for the export market.

“The fisheries on Rēkohu provide sixty per cent of Moriori and Ngāti Mutunga income,” Shannon explains. “It’s so vital to the community and it’s a big part of who we are. Here I feel like I can make a difference and help empower our young leaders on the island. They are our future.”

In sport, an uncomfortably large win has been racked up by the All Blacks over Tonga. They ran in just over 100 points against a team that was mostly debutants, and afterwards All Blacks coach Ian Foster came out in support of Tonga turning up and doing their best, reports Stuff. There is little Tonga could have done to prepare better for this game, given the impositions they faced.

And if your office has a football person in it, this should get you ready for the inevitable water cooler chat: England are through to the semifinals of the Euros, and they’ve got there after not conceding a single goal. Ask the football person whether they reckon England look best with three at the back or playing more attacking formations, and whether Harry Kane has hit form at the right time. If the conversation goes to extra time, you can talk about England clicking right after deciding to take a knee against racial injustice.