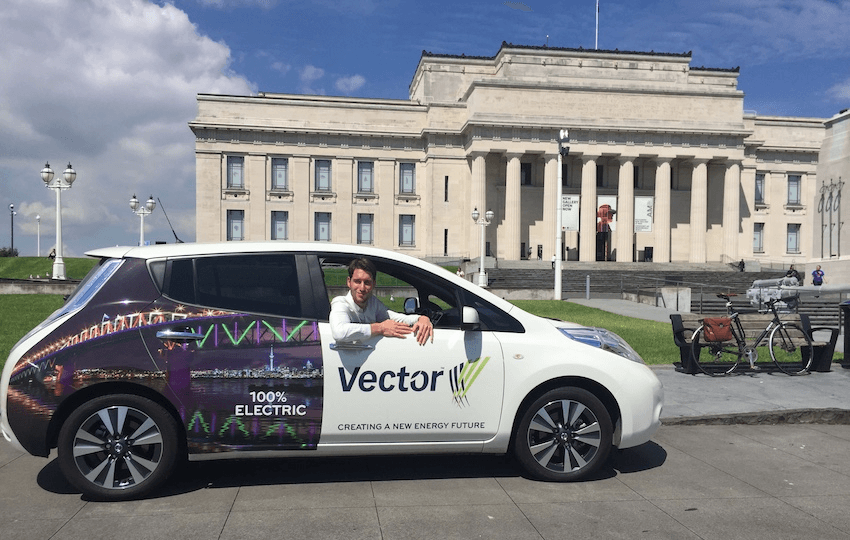 The transition to EVs will involve some speed bumps.

By Steve Heinen
Guest writer
Made possible by

The transition to EVs will involve some speed bumps.

EVs are taking over the world, in the same way that cars left the horse and cart floundering in their petrol guzzling wake. Vector’s Steve Heinen discusses why that might be a brilliant, planet-saving, massive headache.

The number of EVs on New Zealand roads has exploded from fewer than 600 in January 2015 to 6600 in January this year. That’s still a tiny oasis of green in the vast, smoggy desert of internal combustion engines (ICEs), but the number is increasing exponentially, meaning very soon there will be more EVs being bought here than cars that use million-year-old undersea corpses for fuel.

As the economies of scale for manufacturing, fuelling and maintenance stack up ever more strongly in favour of EVs, they become all the more desirable on a cost-comparison basis. And that is a good thing if you enjoy inhabiting our planet, since about 15% of all global greenhouse gas emissions are from transport (in New Zealand it’s 37%). Interestingly, it might also reduce smoking rates.

And yet, the law of unintended consequences means the EV revolution might not go entirely according to plan. We’ve outlined five factors that could prevent New Zealand becoming an EV paradise.

Forget range anxiety, the very advances making EVs competitive with ICEs – their increased range and ability to handle large loads – could soon be their biggest headache. Next generation EVs will have bigger batteries, which will mean longer charging times. Without improved charging capability you could be looking at a whole weekend to charge the SUV. On a 2.4kW ‘trickle’ charge, the upcoming Audi Q6 EV, with an electric range four times longer than a Nissan Leaf, would need 42 hours of charging time.

This might mean that faster charging options may become the norm in the future even for at-home charging. But this is not a zero-sum game as faster chargers may reduce charging duration, but they require more spare capacity in the network, which brings me to my next point…

Obviously, every EV charger adds to the load on our electricity networks, but you might be surprised to learn how much more. Every slow charger (7kW) adds the equivalent of 2.8 houses to the grid and every fast charger (22kW) adds nearly nine. Clearly, major uptake of even low speed chargers across a city the size of Auckland is going to mean adding whole suburbs’ worth of capacity to the local network.

To be clear, I’m not saying there isn’t enough electricity in the national grid to handle EVs, just that with our current local networks, it will struggle to get to the garages and charging stations where it’s needed all at once. It’s like lots of people trying to get through a doorway at once; we either learn to take turns (not all charge at once) or get a bigger door, by using public charging.

In Norway – which has world-leading EV adoption rates – the national energy agency is encouraging EV owners to refrain from charging on Thursday nights. Because, it’s hot tub night. Probably.

Upgrades will be needed, and that costs money, and it’s not necessarily clear how much of that cost non-EV owners will be up for. Speaking of which…

Paying for your neighbour’s car

Just because EVs are environmentally friendly, doesn’t mean all their owners will be paragons of green virtue. EV car makers will continue to cater to buyers with a need for speed, a desire for status, or just in the grip of a mid-life crisis.

Those who purchase a next-generation EV will pay for the charge, and will get the benefit of the mileage, but if they all charge at peak hours or using fast chargers, then we’ll all pay for the network upgrade to cope with the increased charging load.

This is not necessarily wrong – cross-subsidisation is a fact of daily life and makes things like public transport and universal healthcare work – but it raises questions of energy fairness.

Of course, this is only a transitional problem, since the petrol-dependant car could be a historical relic by 2030, and EV owners can ease the burden by choosing to charge in most optimal way, but it does create some interesting social dynamics in the meantime as the late EV adopters subsidise those with the means and desire to get off the petrol station forecourt for good.

A bigger long-term problem is the fact that to fuel EVs, you need to extract finite natural resources from politically unstable regions of world, at increasingly inflated prices.

Not oil – I’m talking about cobalt and lithium, critical ingredients in lithium ion batteries. The biggest deposits of cobalt, for instance, are in the Democratic Republic of Congo – a notoriously violent, corrupt and unstable country. And while someone is getting rich off the Congo’s cobalt, it’s not the children used to mine for it.

Similarly, the world’s richest sources of lithium are in South American nations like Chile and Argentina, with historical questions around mine safety and human rights.

Other users of lithium-ion batteries such as Apple are actively looking for alternatives to mined minerals. If EV use continues its exponential growth, some serious recycling efforts will be needed to reduce the reliance on mining, especially as EV batteries eventually need replacement.

Incidentally, Vector has made a start in this direction with a mobile generator made from repurposed EV batteries. Expect to see more innovation around secondary uses for the ever-growing pile of EV batteries, like a Taiwanese ‘swap-a-battery’ scheme.

The other long-term solution is to find an alternative power source to batteries – something manufacturers are actively exploring.

Finally, there is a problem that might hold-up our conversion to an all-EV national fleet – at least temporarily.

As Europe prepares to ban internal combustion engines, car makers will look for a market to offload their stock as they switch to EV production. New Zealand is already a popular destination for used Japanese cars, could our appetite for a good deal mean we will be flooded with cheap ICE cars, delaying the transition to carbon neutral transport?

The answer is a firm maybe. Cheap new ICEs would be hard to turn down, but in the long run, EVs will simply be better, and ultimately cheaper to make, so car makers will stop making them.

While there are a few potential speedbumps on the road to a carbon neutral fleet in New Zealand, but overall the reality is that EVs are going to take over, and we’re going to be fine – it’s just a matter of when.  In fact, given a humble Nissan Leaf can provide enough power for the average home for 10 hours, EVs potentially present the answer to a whole lot of problems including power network resilience in the face of climate change.

There’s a whole lot more detail on the impact of EV adoption on local power networks in Vector’s green paper on the subject, available here.