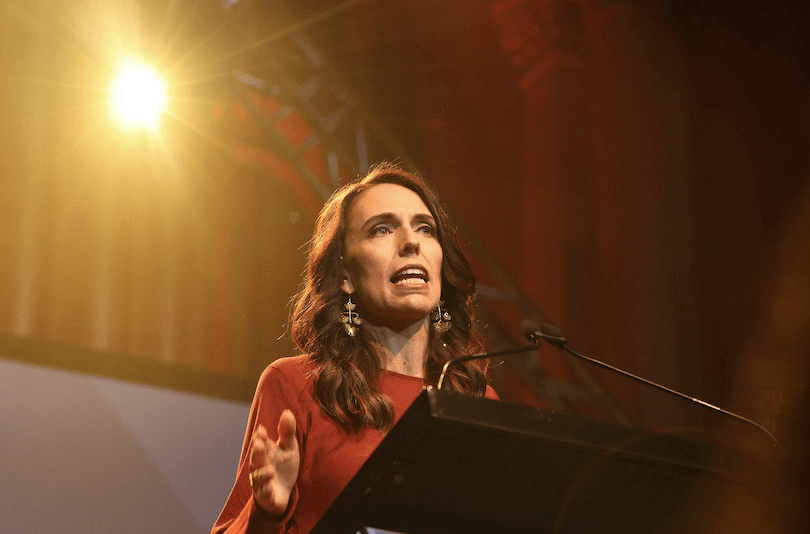 Labour has taken a significant winners bonus in the first poll run after the election. The One News Colmar Brunton survey had them on 53% – a number worth unpacking a bit. This particular poll undercounted their eventual election result (50%) in the final days of the campaign, and while it’s possible the methodology has been tweaked a bit, it also seems likely that the victory has created something of a warm glow effect. In short, people tend to like winners in the immediate aftermath of their win.

National meanwhile are lower than both the final pre-election poll, and their election result, crashing in this survey to just 25%. For leader Judith Collins personally, there’s a few disasters within those numbers: Her own preferred PM rating has slipped to 12%, and she now has to deal with former Air NZ boss Christopher Luxon on 2%. Those with long memories will remember those are the sort of numbers Collins herself once got, when she was an MP serving under one beleaguered National leader or other. And people might also remember the name of a guy who has turned up at 1% in the preferred PM ratings – former PM Sir John Key. Jacinda Ardern meanwhile is at the stratospheric level of 58%, suggesting much of the country is currently having whatever the opposite of buyer’s remorse is.

As for the rest of the parties, there’s been little really significant change. The Greens and Act both came in at 8%, pretty much where they were on election night. NZ First are still turning up, with 2%. The Māori Party has the same share. And for all of those other parties, you’ll just have to eagerly await the full Colmar Brunton report to see if there’s any movement at the margins.

Meanwhile, we’ve updated one of my favourite visualisations ever made, since the final election results came in. A while ago Chris McDowall put together a visual history of NZ’s parliament, showing the ebbs and flows of support for each party over about 160 years. It now includes details from the 2020 election, and gives a clear view of just how dominant Labour now is.

Treasury officials sounded the alarm about the potential financial burden created by film industry rebates, reports Stuff’s Thomas Coughlan. And the story also reveals the staggering amount of rebate money that will be paid out as a result of the new Lord of the Rings TV show being filmed. Of course, those in the industry will argue that the point of a rebate is to get spending and economic activity happening in the first place. But the grant scheme generally has ended up going a long way over the originally envisioned budget.

The full scale of damage from the Napier flooding is becoming clear. Radio NZ reports around 600 properties have been officially deemed to be damaged, but it is believed more have gone unreported. Well over 100 properties have been damaged so severely as to be unlivable. The flooding has had a flow on effect for the housing market, particularly rentals, with excess supply just non-existent.

The PM has given the most centrist possible answer in political history on a question about rising house prices. As Interest reports, Ardern wants to see a period of “sustained moderation”, as opposed to any (further) rapid increases – and especially opposed to any decline in house prices. It comes amid calls from the Salvation Army for an enormous increase in social housing supply to meet crippling levels of demand. For the record, the building of new social housing is an area where the incumbent government is doing better than its predecessor, but is still falling far behind what is needed.

The West Coast Regional Council has pulled away from a controversial investment in a 1080 factory, reports the ODT. The pest-control poison is horrendously unpopular in the region, and plenty of residents opposed the investment when it came to light. However, the council says it is selling up basically because they weren’t getting a decent return on investment, and so are cutting their losses.

Best Journalism of 2020: Today’s shout is a short but accurate one, about a national treasure of a publication. Shanti wrote in about NZ Geographic: “NZ Geographic as a whole and this piece by Rebekah White in particular deserve a shout out. Absolutely meticulous and deeply thoughtful, gorgeous reporting, and really impressive what they make happen as a small independent team.”

Meanwhile, a note on yesterday’s BJO2020: A few people asked if Newsroom’s Sam Sachdeva was leaving journalism, because of how the plug for him was worded. He’s not – it’s just a new job outside the press gallery at parliament.

Right now on The Spinoff: Climate scientist James Renwick writes about the declaration of an emergency, and how it puts a line in the sand. Justin Giovannetti reports on the government’s plan for rolling out mass Covid vaccinations. Laura O’Connell Rapira writes about the need for society-wide disarmament. Alice Webb-Liddall reports on the aftermath of the cannabis referendum for the stock prices of medicinal companies, and why they crashed. Andrew Geddis looks skeptically at an attempt to overturn that result through the courts. Sam Brooks gets ruthless in a review of gamer novel Ready Player Two. The latest episode of Coming Home looks at the bumpy landing some returning NZers have had. And there’s a brand new episode of On the Rag to watch, about how the world has consciously and unconsciously designed and built for men, and the effects of that.

For a feature today, a really interesting analysis of the concept of planned economies, and how actually much of the venture capital economy operates with this ethos. Published in the New York Magazine, it contrasts governmental efforts at central planning with what is currently happening in the tech and startup world. And if you take the point that these economies are in fact heavily planned by wealthy investors, it raises troubling questions – planned by who, and to what ends? Here’s an excerpt:

It would be silly to say that the WeWork fiasco has “all the hallmarks of private-sector decision-making.” But it does embody just about all of the pathologies the American right attributes to public investment. A small group of extremely powerful people — whose incentives are fundamentally misaligned with the interests of consumers, workers, and the public writ large — rained subsidies on a favored, faddish firm, allowing it to dominate a market on the basis of its connections rather than its efficiency.

Private investors, like the irrational electorates libertarians disdain, awarded economic power to a charismatic charlatan. The corporation’s governing board ignored warnings from financial analysts and enabled promiscuous spending. In the process, it ruined less-connected competitors, wasted capital, hurt workers, and still managed to feather its own bed. Crucially, it accomplished all of this without drawing on any state subsidies. This is not a story of government intervention distorting free-market competition; it’s a story of concentrated private power doing so.

Several former All Blacks are understood to be part of a potentially massive class action lawsuit over head injuries and concussions in the game, reports the NZ Herald’s (paywalled) Dylan Cleaver. The case is being put together in Britain, and appears to be targeting the national rugby bodies within the UK, rather than necessarily being directed at NZ Rugby. But the long term impact on former players who suffered head injuries during their career can be devastating, with huge health and personal effects. This is also a serious and live issue for other sports right now, particularly the NFL in the US.