Despite an incredibly rough year for the events industry, some organisers are feeling optimistic about the upcoming season. Others, however, are choosing to err on the side of caution.

There’s no doubt this year has involved more risk than usual for event producers. With no insurance available for Covid-related financial losses, there’s a lot to lose if changes to alert levels were to occur at a critical time.

For former organisers of Womad 2021, Taranaki Arts Festival Trust (TAFT), there was simply too much at stake. The trust recently announced that it would be pulling out of the event rather than risk losing millions of dollars if the country changed alert levels. TAFT chief executive, Suzanne Porter, says the organisation was left with little choice and it would have only taken an Auckland lockdown for the event to be jeopardised.

“We needed an underwrite to cover us for late cancellation due to the change in Covid levels that allow mass congregation.”

The organisation had explored multiple avenues through the Ministry for Culture and Heritage, to mitigate the risk, but was unable to secure the underwrite needed.

“TAFT have some reserves as we are a lean, frugal organisation but not enough to sustain a late cancellation of the festival.

“Any cancellation from the beginning of March through to the week of presenting WOMAD would have seen a risk of between $2.8 – $3.5 million dollars. The risk is with TAFT, not with our UK partners to cover this loss,” Porter says.

Womad UK, the international overseer for the event, will continue to plan for a 2021 festival and TAFT is currently looking to hold a major event in 2022. In the meantime, it will focus on small, low-risk events for 2021. 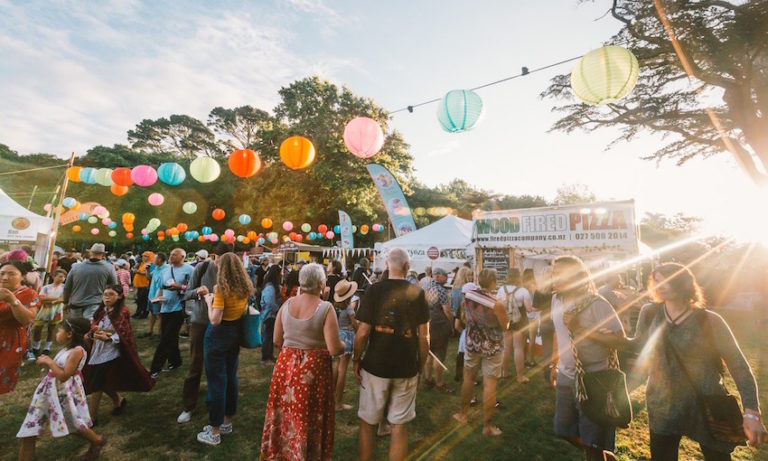 So with one of our major summer acts out of the picture and with so much money on the line in the event of another outbreak, does that mean other big organisers are considering canning their shows?

Splore festival producer Fryderyk Kublikowski is cautiously optimistic about the future of his event. With the sold-out festival due to be held at Tapapakanga Regional Park from February 26-28 next year, Kublikowski says his team are “managing their expectations”.


“We’re really delighted with the support we’ve had from our audience who bought tickets early and who have shown a great level of trust in us, but the audience and our team’s safety, and team Aotearoa’s safety, is our primary concern.”

Splore ticket holders will receive a full refund if the event is cancelled and this remains the case right up until the event opens.

“We’ll also offer the audience the opportunity to hold onto their tickets until the following year as a precedent that a lot of events overseas use as a way of financially protecting the losses,” he says.

As a business, Splore organisers are doing their best to prevent spending too much upfront. However, Kublikowski recognises there are some unavoidable costs.

“We’re trying our best to negotiate with our suppliers and artists in a way to protect ourselves and also them from the exposure of costs relating to the event. Any deposits we are paying upfront we are negotiating with people to carry over them to the following event [in the case postponement].

“The main milestone is when you’re actually on the site and setting up, and the infrastructure is arriving and people are travelling from all over the country and there are people working. For us, the week we spend onsite setting up is going to be particularly nail biting.”

For promoter and producer Campbell Smith of MusicHelps and Quiet Please Ltd, financial risk is just part of the job. As the man behind festivals such as Big Day Out and Auckland City Limits, Campbell is no stranger to the unpredictable nature of organising large, outdoor events. He’s currently in the throes of organising an all-day, all New Zealand line-up event, Outerfields 2021, set for March 6, 2021 at Western Springs in Auckland.

Unlike other festivals that have had to adapt and change already existing formats because of Covid, Outerfields was borne out of the challenges facing the music industry this year.

To mitigate some of the financial risk, a postponement date of December 4, 2021 was released at the same time that tickets went on sale. Subsequently, fans have been warned not to purchase tickets unless they can attend on both dates as there are no refunds if the March festival cannot go ahead.

“It’s a ridiculously risky business anyway [organising large outdoor events]. God knows why we do it but we do, for better and worse,” Smith says.

“Covid is just an added risk because we can’t insure against it, but we feel increasingly confident that as we move forward into the summer we’re in a pretty good place here in New Zealand.”

Smith says this festival season will provide opportunities for New Zealand artists to not only perform in front of crowds with no limits on gatherings, but also headline festivals they might not have had the chance to pre-pandemic. 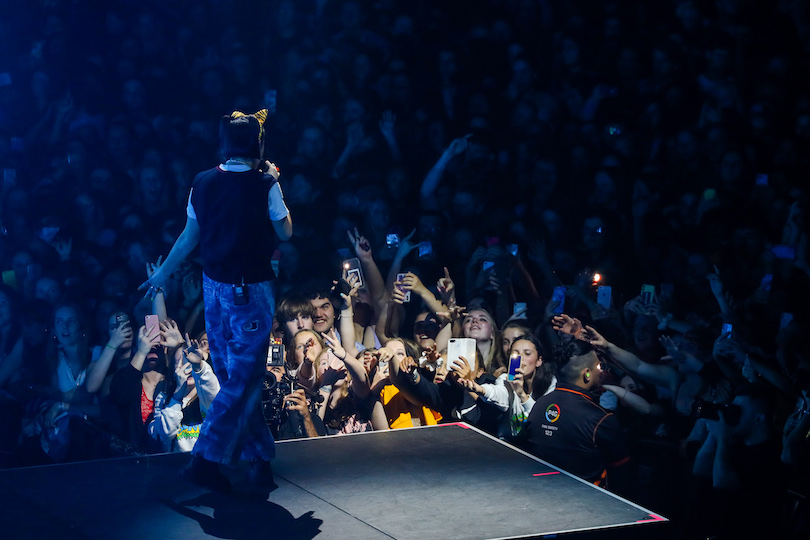 Pop sensation Benee and legendary seven-piece group Fat Freddy’s Drop will headline Outerfields this year – two globally recognised acts who might have spent a lot more time overseas if it wasn’t for Covid.

He adds that with all the pros and cons considered, the enjoyment he gets from putting together a great line-up is worth the financial risk.

“My good sense is often overwhelmed by the thrill I find by curating bills I think are exciting, so oftentimes that’s the heart more than the head. Risk? Well, it’s always there.”

Multinational event organising company, Live Nation, who own New Zealand’s biggest New Year’s Eve music festival Rhythm and Vines, would not be interviewed about what it would do in case of a shift in alert levels but issued the following statement from managing director Mark Kneebone instead.

“Artists and fans alike have been eager to reconnect through the magic of live [events], as is evident by the incredible demand we’ve been seeing for tickets to events of all kinds. With current signs pointing to a very busy summer season and 2021, we’re happy to see some light at the end of the tunnel and are fully focused on creating a truly fan-focused experience that adheres to all recommended health and safety precautions.”