Good morning and welcome to The Bulletin. In today’s edition: Morrison responds to Ardern serve over accused terrorist, we’ll find out later today if lockdown will be lifted, and Sallies report shows those with least are going backwards.

A diplomatic rift has opened up over the case of the accused terrorist captured on the border between Syria and Turkey. The 26 year old woman was a dual citizen – the key word being was. The Turkish government says she is a terrorist who has been part of Islamic State. She still holds New Zealand citizenship, however her Australian citizenship has since been stripped. This is despite living across the Tasman for almost two decades, and travelling to Syria on an Australian passport. She also has two children, who have no connection or immediate family whatsoever with New Zealand.

The stripping of citizenship prompted a furious response from PM Ardern, who lashed out at the Australian government for “exporting its problems”. The press conference those comments were made at was covered by Justin Giovannetti, and his story notes how much of a change the tone was from what normally characterises trans-Tasman relationships. In fact, it is only really the issue of Australia deciding it doesn’t want people in their country any more that prompts this sort of animosity from the New Zealand government, be it convicted criminals or accused terrorists.

In response, Australian PM Scott Morrison said he is putting Australia’s interests first. The starkly nationalistic tone was captured in this story on the Sydney Morning Herald, who quoted him as saying “Australia’s interest here is that we do not want to see terrorists who fought with terrorist organisations enjoying privileges of citizenship”. That the woman remains any sort of danger is not clear from what is in the public domain, and I haven’t seen any reporting that suggests she did any actual fighting, or in fact what her alleged role regarding Islamic State was. Speaking to Radio NZ this morning, correspondent Hannah Lucinda Smith said women tended to play a very different role to men within ISIS.

To put the situation in context, regardless of the morality of Morrison’s position, it is likely to be good domestic politics. For obvious reasons, suspected ISIS terrorists are not popular, and Morrison is nothing if not good at reading the polls. It also isn’t the first time something like this has happened. Back in 2019, Morrison flatly refused to offer any assistance to the children of an Australian man who went to Syria to fight on behalf of ISIS, before they later got out of the country and were returned home. National’s Gerry Brownlee also offered comment on the issue, saying the government should not have been surprised about Australia’s stance, according to RNZ’s bulletins this morning.

Could New Zealand not also just cancel the woman’s citizenship? No, because that would be illegal under international law, as it would render her stateless. Because Australia’s cancellation came first, it is not illegal in the same way. However, a statement on the issue was made by the Islamic Women’s Council of NZ, which offered a position of moral clarity – particularly on the fate of the children. I’ll quote a section at length here:

“We would caution that there are two young children whose wellbeing should not be lost in any tussle between the two governments. Those children are caught up in this situation through no fault of their own. As a normal part of the justice process, as would be the case for any other crime, the woman in this case should go through a rehabilitation and deradicalisation process to ensure that she is able to be a good parent to her children.”

There are still no new community cases of Covid-19, a welcome development in this latest outbreak. Our live updates reports there will be an announcement at 4.30 pm on whether the alert level is changing, in line with the original 72 hour shift to level three (for Auckland, two for the rest of the country.) It’s difficult to predict what the decision will be, regardless of whether cases are announced at today’s 1pm presser. A massive surge in testing has taken place over the first days of this week, with more than 15,000 swabs.

On that testing, services in Taranaki are under pressure to get through their backlog. Newshub’s Rosie Gordon reports on pleas from health workers on the ground for more assistance, with some saying demand is higher than during the original lockdown in 2020.

The latest Salvation Army state of the nation report has clearly shown widening inequality, from those with the least going backwards. I interviewed report co-author Ronji Tanielu, and one of his biggest concerns is that the number of people requiring the help of the Sallies is growing sharply. Also this morning, we’ve published a piece by Max Rashbrooke, about data that shows for many people any increase in disposable income is being rapidly swallowed up by increased housing costs.

There’ll probably be a bit of residual seasickness around the Cook Strait this morning, after an Interislander ferry spent an entire day trying to berth. It left Wellington in the morning, but strong winds damaged the Picton terminal, meaning it couldn’t berth there. One News reports a solution was eventually found, allowing the journey to finally finish. For a first person account of it all, NZ Herald journalist Hamish Rutherford tweeted his way through it, and his feed was very entertaining – probably less fun for him and the other passengers though.

Drought-prone land in Northland has been leased, with plans coming together for a massive solar farm instead, reports Stuff’s Denise Piper. With Northland currently having the highest wholesale power prices, there is also the possibility the 12ha site will bring those down somewhat. Once completed, it will be the largest solar farm in the country – at least until some other visionary tops them. For more on the potential of solar energy, I’d encourage you to have a read of my recent piece about its use in timber processing in Te Puke. Meanwhile, the Times-Age reports plans are also in the works for what would be the largest wind farm in the country near Eketahuna.

A quick clarification: A few people got in touch to complain about my description of the Covid test as “a big stick being rammed up your nose”. I’ve had the test, and feel like that is an accurate description – particularly in comparison to a saliva test. My apologies if that came across as a discouragement. So for the avoidance of any doubt, if you’ve got the symptoms or have been told to get the test, go do it straight away. A moment of discomfort is far better than the risk of unwittingly spreading the virus.

From our partners: The Climate Change Commission’s progressive recommendations to reduce transport emissions are realistic and achievable – and they could be revolutionary, writes Z Energy’s Sheena Thomas. The piece focuses on what can be done right here, right now with biofuels. 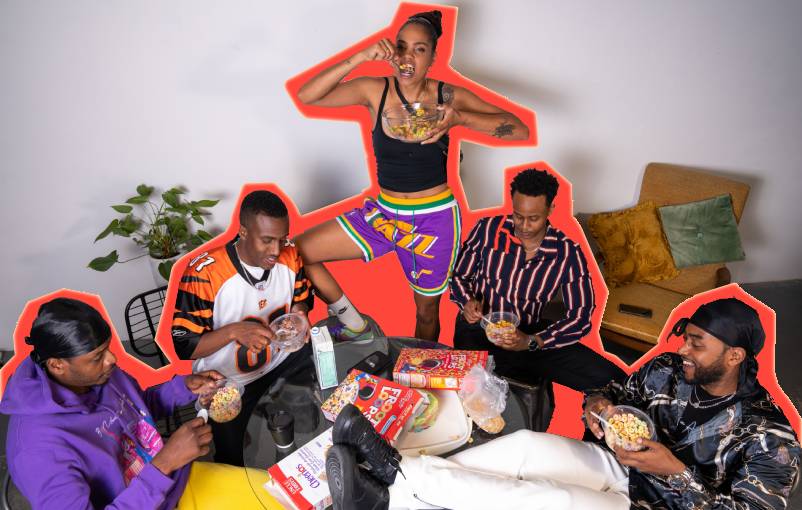 Right now on The Spinoff: Mirjam Guesgen finds out how much information you can trust from the fact sheets that wrap period pads. Michael Andrew outlines what you need to know about worker protections during a move up in alert levels. Former international gymnast Georgia Cervin writes about the apology and review for abuse in the sport’s system, and what needs to happen now. Elly Strang writes about how technology helped small businesses survive Covid-19. Jonique Purcell talks to the five members of new hip hop supergroup BLKCITY about changing the musical landscape. Tara Ward reviews the lively new travel series Men in Kilts, starring a couple of lads from the show Outlander.

And there’s a brand new episode of Scratched to get into. This one stars long-jumper and later politician Tuariki Delamere, who in 1974 did something that had never been done before in a competition – and for a while threatened to change the whole sport forever.

For a feature today, a short news report about a particularly dystopian convergence of technology and police impunity. Vice News has reported on a growing practice among California police to play Beatles music while they’re in contentious situations. Why? It is understood to be because it’ll prevent those interactions being live streamed on social media, because it’ll trigger a copyright filter. Here’s an excerpt:

This strategy isn’t entirely surprising. Nick Simmons and Adam Holland, researchers at Lumen Database, which studies copyright takedowns on social media, noted last year that music in videos filmed at Black Lives Matter protests had repeatedly resulted in them being removed from social media sites on copyright grounds. They theorized that, while these removals seemed incidental, that copyright could be weaponized by police.

“Law enforcement, or indeed anyone of any ideological persuasion who was seeking to prevent videos of a particular event from being shared online, need only make sure that copyrighted audio is present with sufficiently recognizable clarity and volume in the background of a protest or other event,” they wrote. “A chilling prospect indeed.”

NZ Rugby could be risking killing the golden goose with a plan to extend Super Rugby Aotearoa if the trans-Tasman bubble doesn’t come through. Radio NZ reports if that does happen, each team will play each other three times, rather than the current two. That would extend the season out by about a month, and at a certain point it could become a bit of a waiting game for the grand final to roll around if one or two teams pull a long way ahead – so here’s hoping the Crusaders lose a few early ones (and some late ones too.)