The Climate Change Commission’s progressive recommendations to reduce transport emissions are realistic and achievable – and they could be revolutionary, writes Z Energy’s Sheena Thomas.

I recently read about a Californian startup developing a diamond-encased battery powered by nuclear waste that would last a lifetime and solve the world’s energy and climate change problems. It reminded me of Tony Stark’s arc reactor. If you can imagine it, you can build it, right?

I’ve always been a deep believer in the power of human innovation when it matters most. But unfortunately, we do not have the luxury of being able to wait decades for completely game-changing technologies. The good news is that we already have enough revolutionary technologies, particularly for transport, that can get us to net zero carbon by 2050.

The Climate Change Commission has recently released its draft advice for consultation and the thing I like about it the most is there is no “silver bullet” mentality. The recommended carbon budgets and pathways to decarbonise transport – a sector that contributes 36% of New Zealand’s long-lived greenhouse gas emissions – is practical, pulls levers on a range of existing technologies, and does not rely on promising, but not yet commercially available technologies. This, in my view, is what makes it achievable.

The commission’s recommendations to reduce transport emissions are, in order of importance: shifting journeys from private cars to active mobility (walking and cycling) and public transport; accelerating the uptake of electric vehicles; and increasing the use of low carbon fuels like biofuels and hydrogen for trains, ships, heavy trucks and planes. Z is committed to contributing to all these recommendations as we change the way we fuel our movement around Aotearoa.

Biofuels are the low-hanging fruit here because it is a realistic option right here, right now to start lowering the emissions of our existing fleet, at the same time as we accelerate the uptake of electric vehicles. The commission clearly recognises this immediate potential as they recommend setting a target and introducing policies so that at least 140 million litres of low carbon liquid fuels are sold in Aotearoa by the end of 2035. Between the commission’s draft advice and the government’s recently announced package of measures to tackle decarbonisation, it seems like biofuels will become a meaningful part of the decarbonisation puzzle for New Zealand. 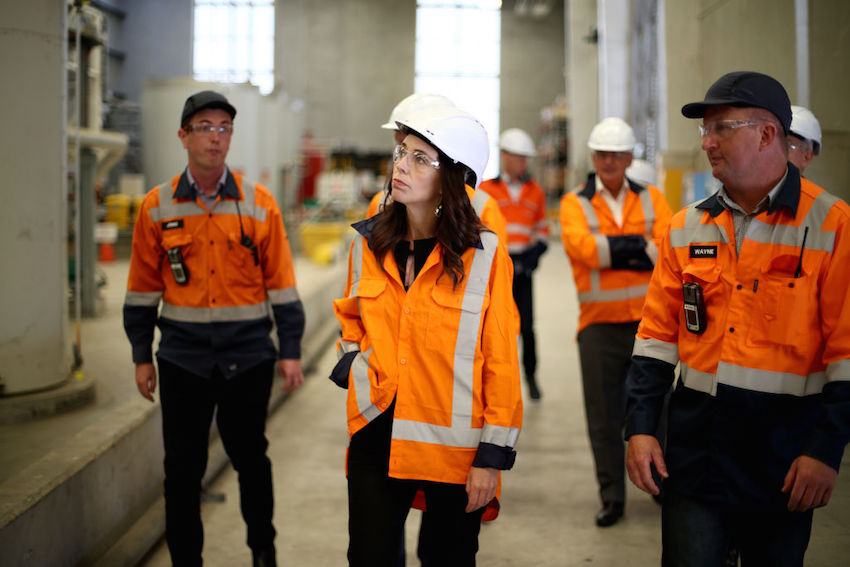 As it should be. In 2008, the Clark government introduced a biofuels sales obligation – basically a mandate that would require 3.4% of total fuel sold to be biofuel by 2012. As transport minister Michael Wood has pointed out, had the 2008 sales obligation remained in place, New Zealand would have reduced emissions from transport by over six million tonnes by now.

However, not all biofuels are created equal, and New Zealand needs to be careful about ensuring the sustainability of the biofuels we manufacture or import. But the silver lining of being out of step with many of our major trading partners in mandating biofuels is that we can learn from their experience. Policies around the world, particularly Europe and US states like California, have been tightened, and robust certification schemes have been set up, which means that with the right policy settings, biofuels can start displacing even more than the amount modelled by the commission, sustainably. Local production will also create co-benefits like jobs, reducing our reliance on imported fuel, and creating new value streams for waste products.

But behaviour change is hard, and fossil fuels, having enjoyed decades of subsidies, are difficult to compete with on price, so it takes very motivated customers and companies to commit to decarbonisation without strong policy signals. New technologies that help us decarbonise may reach scale sooner than we anticipate, but these are tailwinds that we should not count on or wait for to get on with decarbonising our economy.

Now however, for the first time, we have a pathway – albeit still in draft – and the promise of accompanying policies to get us to net carbon zero. As a business, this gives us the confidence to invest further in being a part of the solution, whether that’s in biofuels, hydrogen or electrification. It also provides a clear path for many of our customers who grapple with how they can decarbonise their own business and not feel disadvantaged compared to their competitors who may only focus on lowest cost instead of value.

To create the traction required to reach net zero, we’re going to have to show people that it isn’t all on them to completely change their lives in some randomised, overwhelming way – that change at the systems level is possible. We have the foundation of what we need to transition to net zero in transport. The technology exists and is rapidly scaling up, the people of Aotearoa have the necessary skills, drive and empathy, and we now have a sense of how government, businesses and consumers can work together to achieve big collective outcomes.

I think we have more cause to be optimistic about our future than we have had in a long time. The approach the commission has taken is the sort of pragmatic realism that will enable New Zealand to pull its weight to keep warming under 1.5 degrees Celsius.

It will take all of us, and it will take every sector, but if we build consensus around the key steps we need to take, it is also utterly achievable.