The Wellington City Council has made a dramatic series of votes, in a bid to come to grips with their current budget crisis. Many have proven to be distinctly unpopular with the politically engaged folk of the capital on social media – that’s how I came to be aware of the votes happening in the first place – but it could end up setting the tone for how the Council is viewed for the rest of their term. It was all in an effort to get the proposed long term plan over the line, so the effects could be far-reaching. The city is also in a perilous financial position, leaving many councillors feeling there is no alternative but cuts.

The biggest news was the plan to partially privatise the library. Ever since it was shut due to earthquake risk, the library has been a problem the council hasn’t really had any way to deal with. As the NZ Herald’s Georgina Campbell reports, that flies in the face of what councillors had previously agreed to, and many were angry and taken by surprise at this move. It won a vote regardless, but politically it is likely to be a real sore of an issue leading into the next elections – Radio NZ reports councillor Fleur Fitzsimons said “not on my watch, no way” to the prospect of it.

The last-minute nature of many of those votes was a constant theme of the meeting. Stuff’s Joel MacManus was watching the live stream, noting that Council “effectively attempted to budget the next decade on the fly, throwing more than 30 amendments at the plan over the course of the day.” Cycleways were also part of the debate, with a big upgrade to the cycling budget narrowly losing. The deciding vote against the package ended up being deputy mayor Sarah Free, who was elected as part of the Green Party slate. A smaller amendment on funding for cycleways was later passed.

In political terms, the meeting appears to have done nothing to improve the already strained working relationships of councillors. And now they’re going to have to face the public on it all. As Macmanus writes, “their plan for the next 10 years was a chaotic patchwork plan which left no-one particularly happy, and will likely lead to the most contentious public consultation in recent memory.” Who ever said local government didn’t matter?

Many cleaning staff in MIQ are being paid minimum wage, despite the dangers they’re facing. To discuss this story, I’ll link to a piece by the NZ Herald’s Damien Venuto, which is marked as ‘opinion’ so that he can accurately describe the pay rates as shameful. For many cleaning staff, the best they can currently hope for is when the minimum wage goes up in April. Venuto finishes by asking the question – “isn’t it well overdue that we start showing our appreciation by paying them a fair wage?” I’d ask a question of my own – is it any wonder that we’re struggling to find people to work all sorts of front line jobs when they’re not paid in accordance with their importance?

Sticking with managed isolation news, a possible genomic link to the recent community cases is being investigated. Our live updates reports there is some similarity with a case from December, though with that timeframe it may not be a likely link. In any case, no new community cases were announced yesterday.

Meanwhile on Covid generally, the vaccination programme begins today. But it is starting amid a spate of misinformation about the safety of vaccines, and as Justin Latif reports, councillors from South Auckland are expressing concern about the community uptake. Taking the vaccine will not be mandatory, but the success of the programme will depend on wide uptake, akin to what we saw with the 2019 measles outbreak after vaccination rates slipped.

A major new report on the future of tourism has been released by Parliamentary Commissioner for the Environment Simon Upton. I interviewed him about the proposals, which include a departure tax on all flights, with the money put into finding alternative aviation fuel. On a more philosophical level, he sees tourism as an industry that has been taken in somewhat by the story it has skilfully told about itself, rather than the reality of the environmental impacts it has.

Over the course of this week, we’ve been doing our utmost to bring you all the coverage you need of the Covid-19 outbreak and lockdown. And we couldn’t have done it without the support of our members. If you want to help out our news team with this and other big stories, please sign up here.

Facebook has fired a massive shot across the bows of the Australian government, but blocking news on its platform throughout the country. Duncan Greive, who has followed this story closely, has reported on why it has happened now, and why it is such a big deal. The block also applies to Australians trying to read news from international outlets, so in the spirit of that, The Spinoff has a message for all of our readers in Australia who may have previously got news through Facebook.

Some of the lead tests on residents of Waikouaiti and Karitane have come back with levels above what is considered safe, reports the ODT. It may not  necessarily be from the water, but that certainly won’t have helped. It is also likely to be weeks or even months before residents can drink the tap water again.

Eligible businesses will be able to apply for economic support after the lockdown from Tuesday next week, reports Michael Andrew for The Spinoff. To qualify, businesses will need to show a 30% drop in revenue over a seven day period, compared to a typical period from the last six weeks. It will apply nationwide – finance minister Grant Robertson said “that decision recognises that many businesses rely on Auckland for revenue, so it is only fair that the payment is available nationally.”

The South Island town of Gore is facing staggering costs to comply with freshwater standards, reports Stuff’s Rachael Kelly. The problem has been allowed to build up over generations, and now the bill is up to $300 million – an enormous burden for a town of 6000 people to pay. The wider area has seen a significant amount of protest against the new water standards, both from farmers and townies, and the local council is desperate for more central government support to help pay. 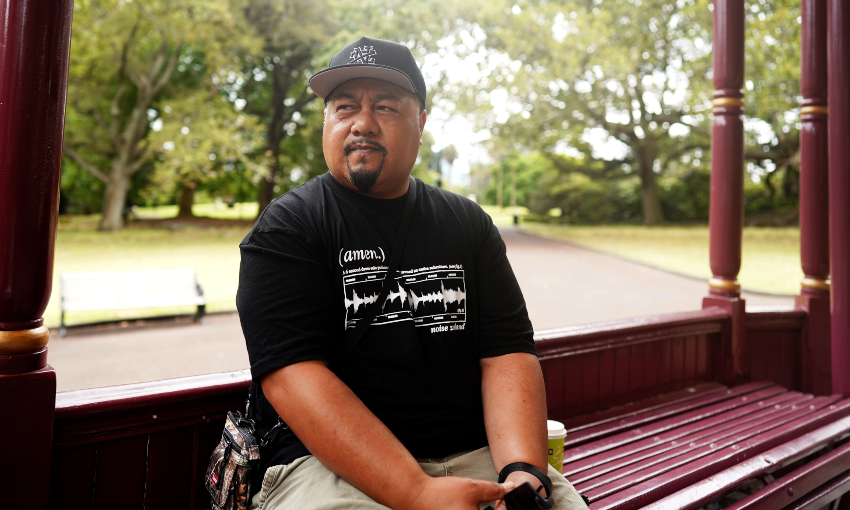 Right now on The Spinoff: Michelle Langstone has a brilliant and thoughtful interview with Che Fu to read, both from the perspective of him as a person and a musician. Recent arrival Chris Hall writes about his kids being able to go to school again, after a year of being locked down in the UK. Russell Brown goes off the grid on Great Barrier Island to see out what it takes to get the local community online and connected. Calum Henderson writes about how Tuariki Delamere’s somersault turned long jumping on its head. Business is Boring speaks to an entrepreneur behind an unlikely E-Sports empire. And Whiti Hereaka writes about the premiere of Navigating the Stars, a live performance for families based on Witi Ihimaera’s acclaimed collection of the same name.

For a feature today, a piece about rendering language on the internet, and how important it can be. The long-read from Rest of World (one of the best sites I’ve discovered recently) focuses on the long efforts to get Urdu online. The difficulty came in part from the particular typeface in which the language makes the most sense. Here’s an excerpt:

When Urdu calligraphers speak of nastaʿlīq, it is with deep reverence. In the subcontinent, it was the script that disseminated the Quran, considered the word of God. Mir Ali of Tabriz, a 14th-century Persian calligrapher known as the father of the script, is said to have developed it after a dream in which Ali, son-in-law of the Prophet Muhammad, instructed him to draw letters that looked like “the wings of flying geese.” Squint at an Urdu verse in nastaʿlīq, and it might very well begin to resemble a flock of birds taking flight, or a branch in bloom. Nastaʿlīq characters, per one observation, appear to “swing from the upper right to the lower left of each word as if suspended by an imaginary line.”

In some ways, this emphasis on the form of writing a language runs contrary to conventional wisdom. We tend to think of text as a means to an end, that the characters depicted are there only to convey meaning. If you could write the same Urdu word in the Arabic naskh script, even if it looked a little different — naskh is smaller, simpler, and sans serif — wasn’t the demand for digitized nastaʿlīq just a minor typographical quibble?

In sport, an astonishing achievement in ocean swimming: Radio NZ reports 16 year old Caitlin O’Reilly has just become the youngest person to achieve a ‘triple crown’ – swimming all of Foveaux Strait, the Cook Strait and Lake Taupō. She sealed the achievement by completing the crossing between Bluff and Stewart Island, and managed to do it without a wetsuit. All up, the 27kms took her just over 10 hours.