Good morning and welcome to The Bulletin. In today’s edition: Auckland moved back to level one, a somber day marked in Christchurch, and new but incomplete child poverty figures out today.

Auckland is back to level one again today, after a very brief lockdown relative to the others. As our live updates reports, it follows a solitary new community case which has been contained and is linked to the existing cluster. There is still no source for the original outbreak, but health officials clearly feel they have a handle on it.

The approach represents something a bit different in the fight against Covid-19, in that it has been less overtly cautious. That theme has been picked out by several journalists and commentators, and perhaps gives an indication of what future lockdowns look like – if they happen at all. There was an insightful piece from Marc Daalder at Newsroom on this, who noted that it represented a higher degree of risk being taken on. Writing in the (paywalled) NZ Herald, economically liberal commentator Matthew Hooton gave praise to the “maturity” of the government in making the call last week – and it’s fair to say he doesn’t often have much good to say about how the government handles itself.

The short and sharp lockdown could also have an impact on other policies.Politik reports that the new mood has raised the prospect of a trans-Tasman bubble being put in place, which would massively free up capacity in managed isolation. That may not be a popular policy though – new Stickybeak polling shows the closed border policy continues to be overwhelmingly supported by the public.

Even so, things won’t go back to being exactly the same before this outbreak. Masks will now be required on public transport nationwide – regardless of alert level. Businesses will also still be required to display a QR code. It all feels like another step in the long process of tightening up public behaviour, so that blunter tools like lockdowns don’t become so necessary.

A somber day in Christchurch yesterday, with the lives both lost and changed forever in the 2011 earthquake marked. Some of the most affecting stories focused on children who lost parents that day. Newshub met two of them, one who was a teenager, and another who was very young. There were also stories of miraculous survival shared, including this One News piece about a mother and her two children who lived through the collapse of the CTV building. Stuff has collected photos of the anniversary service, which was attended by hundreds of people.

On The Spinoff, we published two new pieces about the rebuild, and how it has changed the city and the country. Steven Moe wrote about the new generation of businesses that have emerged in the last decade, with startups grounded in a sense of how they can have social purpose and impact. And Dmytro Dizhur wrote about figuring out why some buildings collapsed and others didn’t, and what should be changed to prevent such tragedies happening again. However sticking with that rebuild, aspects of it clearly haven’t gone to plan – Radio NZ’s Anan Zaki reports that several ‘anchor projects’ that were supposed to be done years ago still haven’t been completed, and may have slowed the rebuild overall.

New child poverty stats will be released today, but they will not present a comprehensive picture of whether more families have been pushed under the line. Radio NZ’s news bulletins this morning report the Household Economic Survey will be released, but data collection had to stop last year during Covid. It will however show the effects of the government’s Families Package.

Wellington’s mayor has hit back over some of his councillors calling for an auditor-general investigation into the library part-privatisation decision. The NZ Herald’s Georgina Campbell reports Andy Foster has accused CR Fleur Fitzsimons of “delaying tactics” and said the claims against him have no substance. “Her approach would delay delivering an exciting, modern, community-owned library by years, or blow any prudent debt limit, or yet again defer investing in our pipes and climate change response.” The letter is currently being considered by the AG, as per their standard process.

The government has accepted a slate of recommendations on overhauling the Holidays Act, reports Stuff. It is likely to result in increased bereavement leave, allow workers to take a sick day from their first day of employment, and several other changes. Employment minister Michael Wood said the reforms were hammered out in consultation with unions and Business NZ.

Justice minister Kris Faafoi has outlined a timetable for legislation to ban conversion therapy. The NZ Herald reports the legislation will have the support of Labour, the Greens and National, and will happen around February next year. It follows political pressure from the Greens, who organised a 150,000 strong petition calling for urgency on a ban. We still don’t know exactly what the legislation will look like, and there could still be some wrangles to come given the different interpretations among different groups on what is and isn’t conversion therapy. 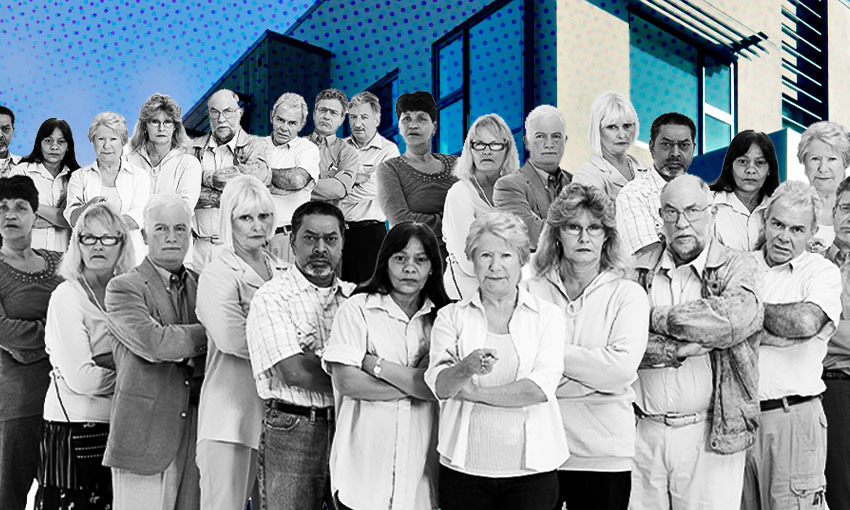 Right now on The Spinoff: Justin Latif meets Charles Williams, a south Auckland street artist who is also inspiring others with his ultra-marathon running. Ethicist Ben Bramble writes about the calculations vegans need to make about taking the Covid-19 vaccine, which was tested on animals. Mathias Corwin casts a sceptical eye over claims that a fully sustainable beef patty can be produced in New Zealand. Charlotte Muru-Lanning writes about what new tenancy laws will mean for Māori, who disproportionately bear the brunt of the housing crisis. Amanda Thompson talks to fat women about what they’d like to say back to trolling wankers on the internet. And Hayden Donnell reports on urban residents having to put up with dull, grey and characterless NIMBY protesters in their suburbs.

For a feature today, a piece about how the Republican party in the US is trying to tilt itself away from Trump. Or rather, some sections of the party are – and they include some big money donors. This Guardian feature looks at some of the politicians who have broken with the former president, and the support and backlash they may experience in return. Here’s an excerpt:

Republican operatives say that another possible Trump target could be Lisa Murkowski of Alaska, who was one of only seven Republican senators to vote to convict Trump and is the only one of them up for re-election in 2022.

Sarah Palin, the former Alaska governor who gave Trump a key endorsement in 2016, is considered to be a possible primary challenger against Murkowski.

But some Republican sources say that McConnell could help scuttle a primary challenge to Murkowski: McConnell has indicated he will be active in backing candidates that are best for the party’s future and, after voting to acquit Trump, he unequivocally stated Trump was “practically and morally responsible” for the Capitol riot.

A strong Black Caps performance has got the series against Australia off to a winning start. It was led by a remarkable 99 not out from Devon Conway, who was supported by handy cameos from Glenn Phillips and Jimmy Neesham. Then the bowlers wrapped it up – Southee and Boult ripped apart the top order with swing, and Ish Sodhi finished the job with spin. Sticking with cricket, the White Ferns start their ODI series against England this afternoon, to begin an important summer campaign against two of the best teams in the world.