Why did some old buildings collapse in 2011 and others didn’t? Structural engineer Dmytro Dizhur has spent the last decade figuring that out, and planning how to stop it happening in future.

It’s 12.50pm on February 22, 2011. In just one minute, the lives of Christchurch locals are going to change drastically. At the next jolt of the clock’s long hand, an earthquake rattles the earth. What ensues is 10 seconds of chaos. People are knocked off their feet. Historic buildings – already bearing some form of damage from the September 2010 earthquake – collapse. And, most tragically, 185 lives are lost. Later that day, John Key, New Zealand’s prime minister at the time, stands in front of the television news cameras and states: “We may be witnessing New Zealand’s darkest day.”

Following the earthquake, I got on one of the first flights to Christchurch to assist with the post-earthquake emergency damage assessment of buildings. I witnessed a city destroyed beyond recognition. It didn’t take long for me to fully realise the long-term implications of the damage: Christchurch’s – and even New Zealand’s – history had changed forever.

Starting in March 2011, I guided a team of international masonry experts and researchers to document and interpret the earthquake damage to approximately 650 historic masonry buildings, over 90% of which were later demolished. We identified a range of failure patterns, successful retrofits, and documented other common mechanisms behind building outcomes.

From an engineering standpoint, the acquired dataset of damage that occurred is incredibly valuable. It allowed us to better understand masonry buildings’ earthquake performance when strengthened using various techniques. Such information is representative of masonry construction and earthquake strengthening globally. It has wide-ranging implications: we can reduce earthquake destruction in the future.

The assessment efforts turned into a mammoth 10-year research project that I conducted alongside other national and internationally renowned experts. From a “lessons learned” standpoint, the acquired dataset of structural damage that occurred is incredibly valuable. As a structural engineer, I asked myself the next logical question: How can we prevent old masonry buildings from collapsing in future events and save lives? 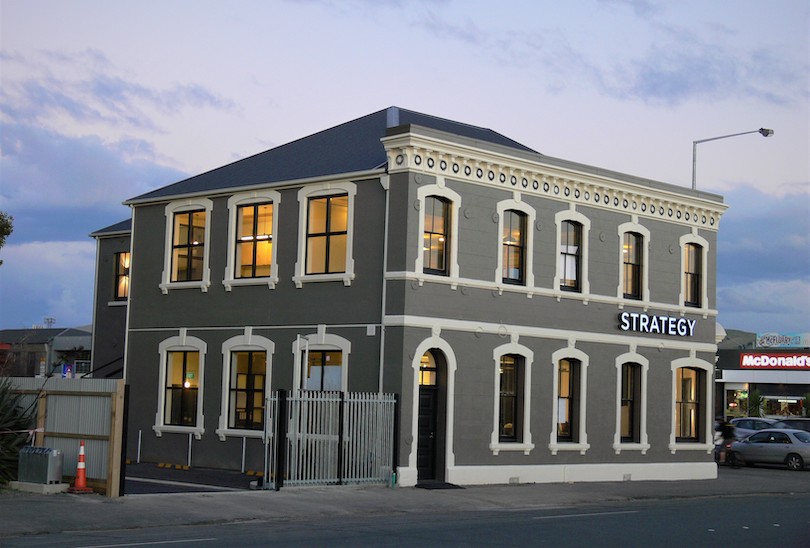 For example, consider three similar old brick buildings located in central Christchurch. The photo above – the building still standing strong – was earthquake strengthened before 2011 and sustained minimal structural damage as a result. In other words, the building was still in working order after the earthquake. The second brick building, pictured below left, was not strengthened before the earthquake, culminating in bricks falling and scattering across the sidewalk and road. The third brick building, pictured below right, was insufficiently strengthened and showed signs of major damage and partial collapse. 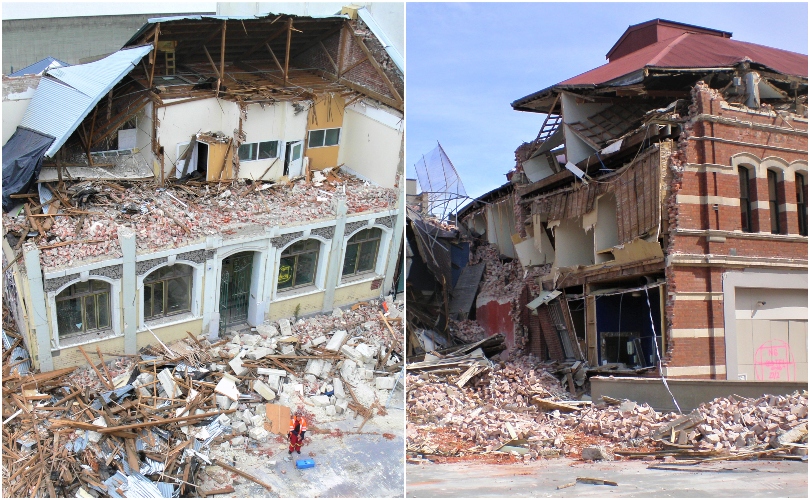 Two Christchurch buildings, one not strengthened and one insufficiently strengthened, following the 2011 quake (Photos: Dmytro Dizhur)

Through our collective understanding of buildings such as those in the examples above, we can mitigate earthquake destruction – and associated deaths – in the future.

The book presents information that will inform professionals and structural engineering and architectural students how to best safeguard brick buildings during future retrofit projects. However, I simplified the technical knowledge to fulfil my secondary ambitions for the text: to document Christchurch’s rich history through the lens of its architecture and to reach a wider audience to increase public awareness of how we can achieve a safer building environment.

My hope is that the observations brought together in this book will guide future strengthening designs, preserve much-loved historic buildings and businesses, and help save precious lives in New Zealand and worldwide.

Since the Canterbury earthquake sequence, I have dedicated my entire career to the seismic preservation of historically and culturally significant national and global masonry structures. I always focus on the same paramount issue through my work: saving lives.

I have assisted the Canterbury Earthquakes Royal Commission and helped write New Zealand’s national assessment and strengthening guidelines for existing masonry buildings. This work has led to making a significant impact on the improvement of international guidelines and standards. I also provide support to government agencies with their decision-making processes to maintain and preserve heritage buildings.

The lessons I and others have learnt from the Canterbury earthquake sequence and similar seismic events have brought about stronger, safer, and more cost-effective earthquake mitigation solutions. I have presented these findings to the international professional engineering community and have helped them change their approach to earthquake strengthening masonry buildings.

Christchurch was not my first and will not be my last professional involvement in disaster aftermaths. I was also actively involved in post-earthquake disaster efforts in Gisborne (2007), Nepal (2015), Kaikōura (2016), Central Italy (2016), and Mexico City (2017), and I’m sure I’ll be involved in many others.

Each of these devastating events carries important lessons on how we can make our buildings safer before the next earthquake strikes. The Christchurch earthquake was devastating to New Zealand, and we must embrace the lessons we have learned to minimise their destructive impact. To help save more lives, I am donating 100% of profits from the sales of Structural Performance to support post-graduate students who engage in research that can make our heritage architecture much safer.