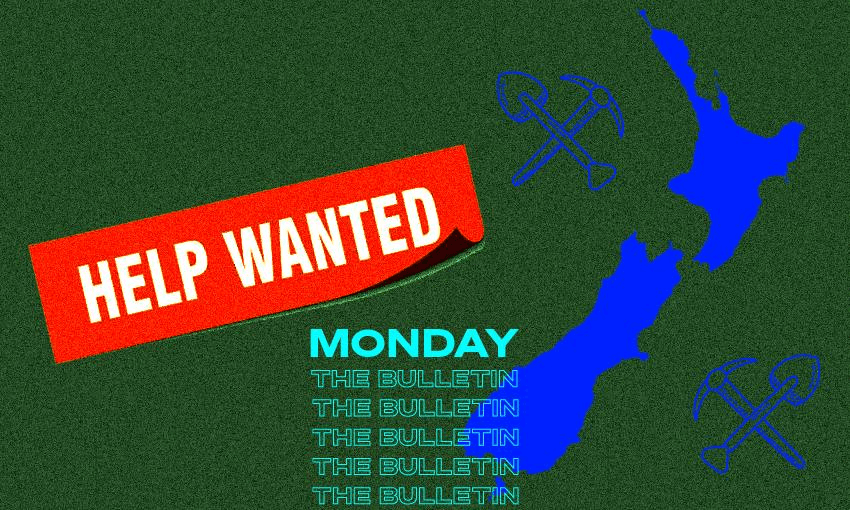 There’s a demand for workers, whether you’re a farmer or work at Farmers (Tina Tiller)

There’s a demand for workers, whether you’re a farmer or work at Farmers (Tina Tiller)

Farmers are turning to dairy drivers for help, while some employees are quitting to seek higher pay or free yoga from work, Justin Giovannetti writes.

A torrent of change is underway in the country’s labour market. Jobs are going unfilled and overseas sources of help can’t be tapped. That has farmers warning of rotting crops, while all types of businesses face a tough situation. Omicron will only make it worse. Meanwhile, workers are starting to demand more from bosses.

Questions abound as New Zealand’s unemployment rate could hit a record low this week. Tom Pullar-Strecker asks in Stuff if it’s really possible that 97% of eligible New Zealanders are employed at the moment. Part of the problem might rest with how StatsNZ collects data and defines employment, or the lack of it. Being counted as a worker gets complicated. But however you look at things, a lot of local employers need workers. Wellington buses ply the city’s streets with their front marquee calling for drivers, while “Help Wanted” ads are ubiquitous across the country.

Some workers are seizing the moment to quit and ask for more money and perks. The NZ Herald (paywalled) looks at the Bay of Plenty where there’s a tussle between employees looking for more and bosses resisting what they deem unrealistic salary demands. Friday’s edition of The Bulletin focused on how the highest inflation rate in a generation is pushing up wages. It’s also more than money, with some workers asking for more annual leave, trips, as well as paid yoga and pilates memberships. Local recruiters have reported that experienced applicants have been turned down over their salary demands, but things are shifting fast in the region. Even the horticultural industry is now paying a living wage or above.

Facing a worker crunch, farmers are again warning that crops could be left to rot before harvest this year. A South Canterbury farm family told One News that they haven’t been able to bring over nine skilled harvest workers from overseas despite a government programme announced in December. Spots at the border for 200 workers have yet to materialise, with the government blaming omicron for the delay. The Canterbury farm’s vast fields are turned into more than 15 million loaves of bread annually and the farmers warn that without those workers, bread prices will go up this year. Similar warnings were made by other farmers last year, but since then, the small number of backpackers and excess workers who helped fill gaps have disappeared.

Some farms have turned to the dairy industry for help. There’s a small army of milk tanker drivers across New Zealand who could be asked to pilot combines and tractors over the coming weeks, Farmers Weekly reports. Organisations representing farmers and dairy are trying to see if the “unorthodox proposal” is feasible. It’s a sign of how desperate things are getting that it’s even being considered. The peaks of the milking and harvest seasons aren’t meant to coincide, so that could help. However, the biggest problem is that the trucking industry is currently short-staffed and fears of omicron infections could mean few drivers are free to trade in their trucks for tractors even for a few days.

Omicron could make labour shortages far worse. As the government tries to define who will be a critical worker in the coming weeks, an important distinction that gives them access to rapid tests and shorter isolation periods, Dileepa Fonseka writes in Stuff that it might be impossible to draw the distinction. Sure we’ll need supermarket workers, but without cleaning staff and security guards, the country’s businesses will shut down as well. Everyone eventually becomes critical. It’s likely to become a heated topic as infections spread. Over one million Australians might be in isolation at the moment and that country’s prime minister has suggested children be drafted to fill dangerous industrial jobs.