Who is it? Who is it? Who is it underneath the mask? It’s me bitches, me and my 12 best celebrity friends belting out a spine-tingling rendition of Jamiroquai’s ‘Cosmic Girl’ like it’s 1997 and our Tamagochis died and we are finally free, free to enjoy whatever batshit TV show comes our way next.

Incredible news then, that the most bonkers reality show ever made arrived this week in New Zealand. The Masked Singer is the global TV phenomenon that began in Korea and now screens in over 30 countries from Australia to the Ukraine, giving local celebrities the chance to sing like they’ve been trapped inside a giant pavlova all their lives and are about to taste the stardom they so rightly deserve. 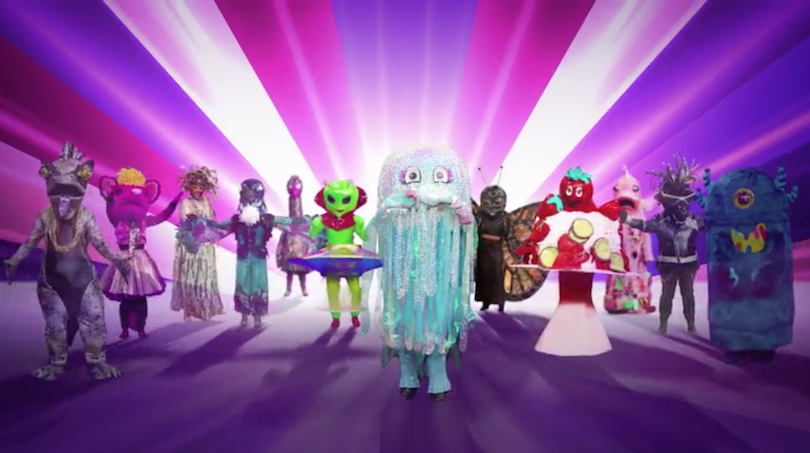 We live in blessed times.

Who are the celebrities hidden inside these outrageous costumes? Nobody knows. Will the expert panel of judges work out their secret identities? Probably not. Most importantly, who will be the last tuatara/possum/monster standing to win the coveted Golden Mask Trophy? It doesn’t even matter. The journey is what’s important, so Jellyfish take the wheel, this is the weirdest ride of our lives. 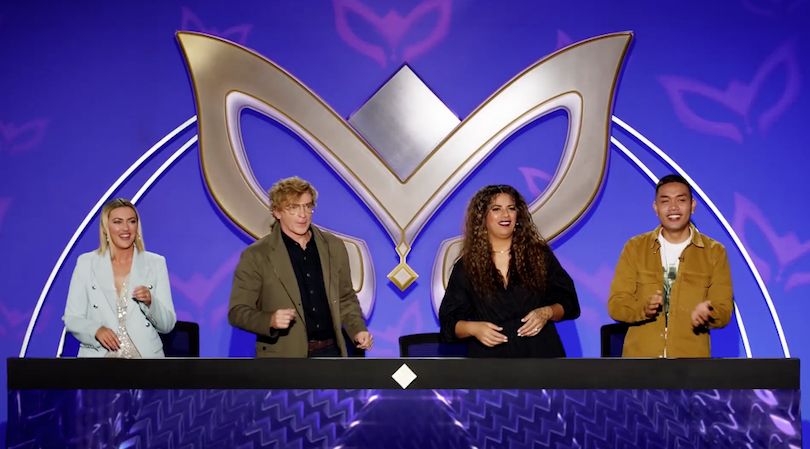 The bravest of them all.

The Masked Singer NZ is not a fever dream. This is real life, and over the next few weeks we’ll power rank these mysterious celebrities as they warble cover song after cover song to impress judges Sharyn Casey, Ladi6, James Roque and Rhys Darby. One by one the celebrities will be sent home, and by the end we’ll probably be more confused than when we started. This show is an enigma wrapped in a mystery stuffed in a sequinned jellyfish, so good luck, godspeed, see you on the other side.

Yep, we’re really doing this. Time is precious and I need to see an alien rap before I die, so let’s get amongst it. 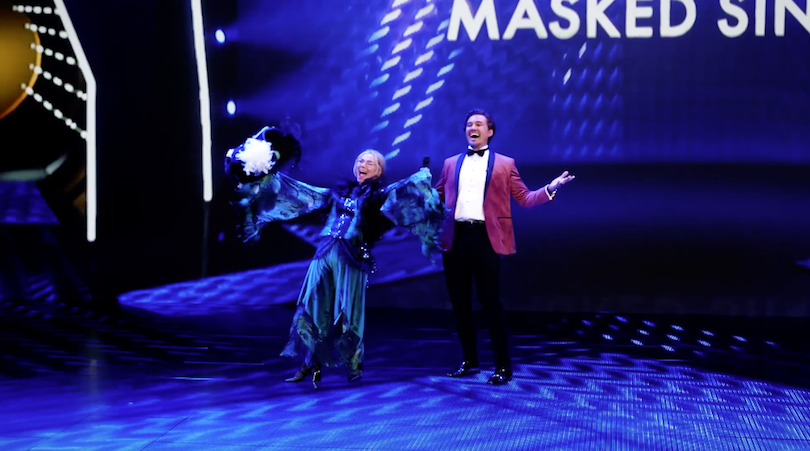 See you see you later, Suzy Cato, the glorious endemic passerine bird of our hearts. Cato’s smooth voice was like hot butter down a hydroslide, but so recognisable that she had to be eliminated first. Nothing’s mysterious when you’re a tūī, ask any of them. Fly free, Suzy Cato, fly free. I don’t know why love does this to me Stephen Donald, but please make sure it doesn’t do it again. Poor moa, extinct once more. Sad face. Someone has to come in last place, and fish are used to it. Also, it’s not exactly clear what the singers are being judged on. Sequins? Jazz hands? The way the strawberries jiggle on the pavlova? Who cares. We’re all just an orange roughy, standing in front of the judges, asking them to love us. She’s just a cosmic girl with a third eye, much like the dinosaurs of yore.

Who are the hidden celebs on The Masked Singer NZ? We decipher the clues 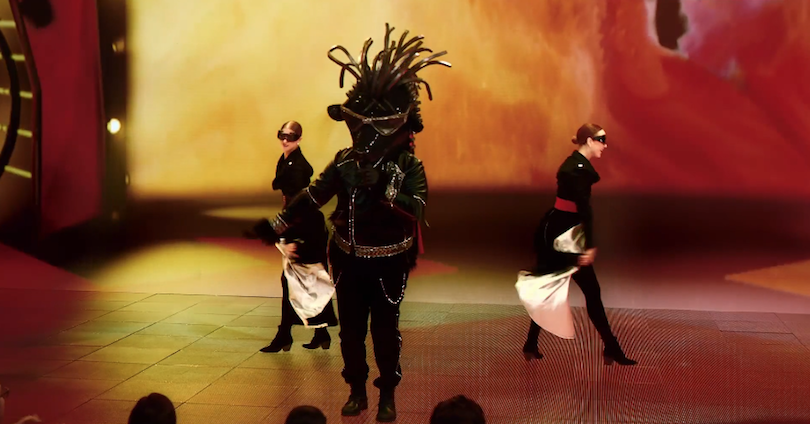 Sheep was fine, but we need to talk about host Clint Randall introducing the promo clips for each episode by saying “parts of these films involve stunt doubles, because sometimes our celebs were just busy doing celeb-y things”. Look, you could put an actual sheep inside Sheep and chuck on a pre-recorded version of someone singing ‘Rolling in the Deep’ and we wouldn’t have a clue, because that’s the whole point. The viewers can’t tell the difference. We’re powerless. We are prisoners of disguise, held hostage by a sheep wearing sunglasses. It’s quite the mood. 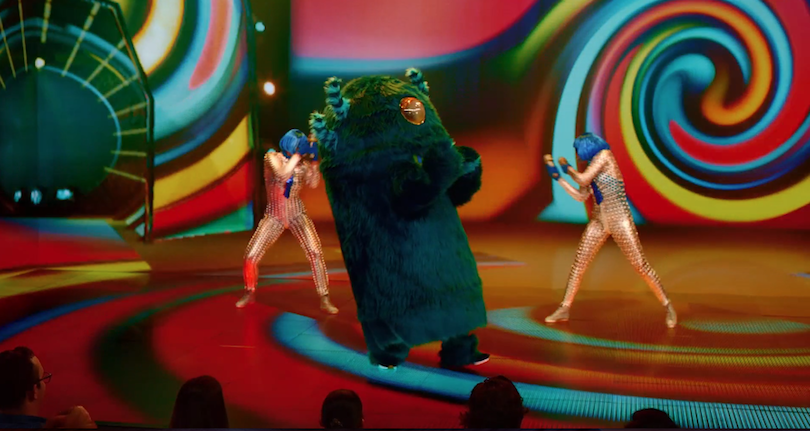 His cover of ‘Blinding Lights’ was so good that his single eye fogged up with emotion. Bravo. The best round of ‘Snog, Marry, Kill’ you’ll ever get.

The Masked Singer is the only show where you’ll hear “welcome back to the stage, Sheep and Monarch!” or “it’s Orange Roughy versus Pavlova!”. It’s also the only show to confirm the long held rumour that butterflies love a Whitney Houston banger. See? Reality TV can be educational too. If there’s ever a song that describes the alien experience, it’s the 1999 Bomfunk MC classic ‘Freestyler’. Alien did indeed rock, rock, rock, rock, rock the microphone, and his performance got me right at the top of my dome. In fact, nothing has made me wonder what the hell I’m doing with my life more than this exact moment. 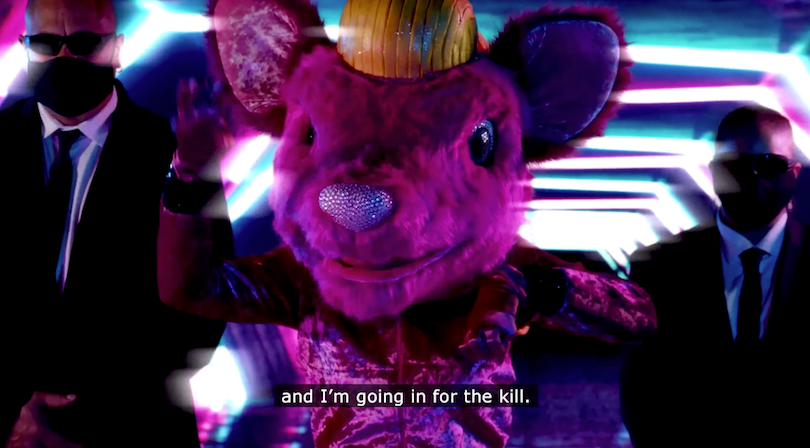 Run for your lives.

Possum danced like nobody was watching and sang like she was a real person. She gave us a sweet rendition of Sam Smith’s ‘I’m Not The Only One’, which is a truly mind boggling thought. What if there are more singing possums out there, combing their long blonde hair and swooshing their skirts to the beat? This is why I can’t sleep at night. Sadly did not turn Rhys Darby to stone. 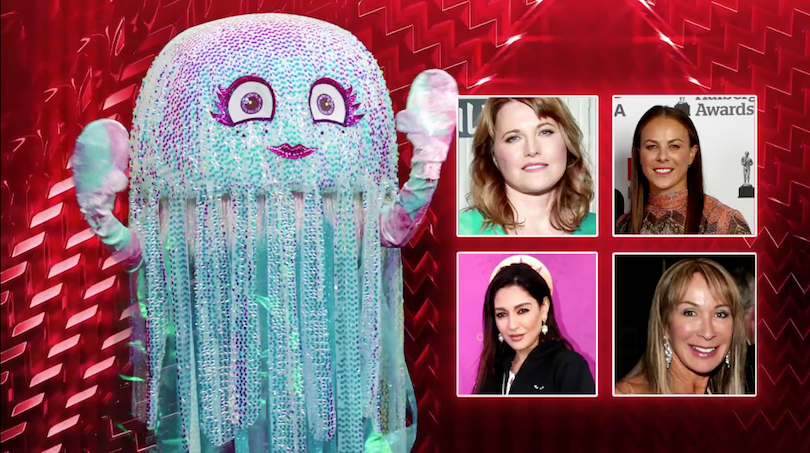 There can only be one.

Voice of an angel and body of a jelly, Jellyfish gave us an inspiring performance of Bic Runga’s ‘Sway’, the official anthem of the seas. “If Jellyfish stung me, would you pee on me?” Clint Randall asked Rhys Darby. He didn’t answer. More mysteries to solve, this time shrouded in a smutty cloak of small talk. 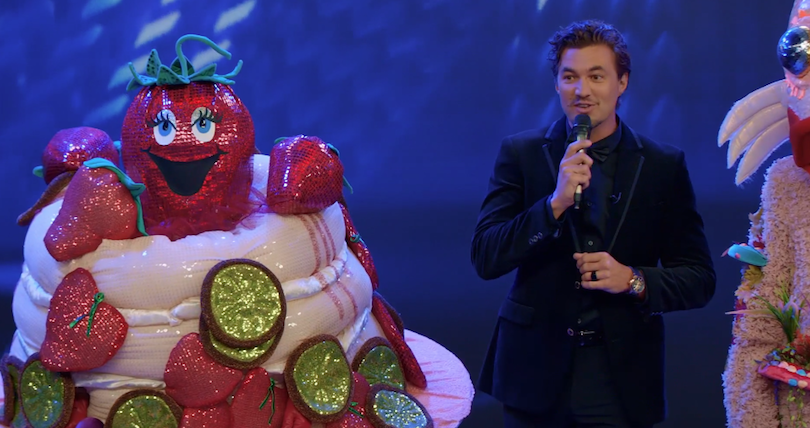 It’s a singing pavlova. Of course it’s in first place.