We haven’t had a great deal of local, in-depth, visual reporting on cannabis in Aotearoa New Zealand, so when Paddy Gower announced his intention to produce a documentary on the issue, public interest was piqued. It’s been incubating for a good while, and while beautiful cinematography of Paddy basking in a puff of smoke has played out on Three ad breaks and an artful shot of a cop carting illicitly grown cannabis to its destruction has haunted my social media feed, I’ve reserved any prejudgment.

Last week I received a blunt (beware, 2020 will be riddled with shocking puns) email from old mate Sam Brooks. “Weird request: Would you be keen to review Paddy Gower’s weed doco series for us?” So here we are.

As Paddy mentions throughout the show – literally after every ad break – New Zealand is at a crossroads on the future of cannabis. He’s blatant about the fact that prohibition isn’t working, citing the hundreds of thousands of Kiwis who use cannabis on a weekly basis. But he’s not quite sure where we’re going, so we find he’s committed himself – via trips around the country and overseas to the US and Canada – to see where that could be.

In 2018, parliament passed legislation to create domestic legal regulations for the production, licensing and prescription of medicinal cannabis. I negotiated with the minister of health to make sure that these would be ironed out and in force by December 2019. In 2020, New Zealanders will, for the first time, be able to by-pass decades of political inaction and vote ourselves on whether we want cannabis to be legally regulated.

Paddy Gower at the Tilray Cannabis Factory in Canada.

The first half of the two-part series On Weed (you’ve got to wait ‘til next week for the second) concerns medicinal cannabis. The second focuses on legal regulation.

Cannabis is an issue that has been deeply politicised, so I felt an odd and unanticipated sense of relief that absolutely no politicians feature in part one, but for a weird montage of medicinal cannabis debates in the Chamber as Paddy sits in an empty Ruatoria bar swigging a beer and monologuing via voice-over. An unfortunate fact about the current cannabis debate is that it’s been largely dominated by politicians (myself included), often tending towards the shouty and frenetic as a result.


The first hour-long episode uncovers the reality of present-day ‘green fairies’ – everyday people risking jail to help those in pain and suffering – and their patients in New Zealand. It’s bloody important video journalism. We’re first introduced to ‘Gandalf’, a grey-haired and bare-footed grower whose face we never see, but whose voice documents the vast scale of (necessarily underground) medicinal cannabis operations in New Zealand. He’s ticked off that the police keep spraying millions of taxpayer dollars over his crops in the form of blue-dyed pesticide. His patients all across the country, we learn, are those who will miss out.

But exactly what that word ‘patient’ means isn’t apparent until we meet Scarlett, a warm, clean-cut young mother suffering from fibromyalgia and chronic fatigue. Previously bed-ridden for weeks at a time, she says CBD oil changed her life. She was originally prescribed the medicinal cannabis product Tilray at a financially unsustainable $700 every three weeks, and soon realised she needed to find her own green fairy.

The eloquence, humility and kindness of a woman like Rose Renton – a green fairy who’s been arrested and prosecuted a handful of times – is palpable. Rose produces a product indiscernible from its pharmaceutical grade counterpart, as far as patients like Scarlett are concerned, at a fraction of a fraction of the price. As she jokes in the next episode (about which I won’t give away anything but this), people are paid well to do her job elsewhere. In New Zealand, she’s at risk of conviction.

Paddy’s exploration of the real, raw medicinal cannabis underground is interspersed with his own journey of reflection on whether it could have helped ease the suffering of his late mother. In a teary scene, he talks to Erin, a Hollywood actress and former cancer patient. “It was illegal,” she tells him. “You didn’t let your mom down, the government let your mom down.”

There’s a look at the burgeoning domestic industry, from Hamilton’s research-heavy Cannasouth to Ruatoria’s grassroots Hikurangi to Auckland’s slick Helius, and a comparison with the fully-fledged markets in many US states and Canada. While there’s a lot more research required, Paddy decides medicinal cannabis has a whole lot of potential to treat those in pain and suffering. Importantly, though, he retains a healthy dose of cynicism about those cannabis entrepreneurs who are motivated solely by profit.

Paddy Gower in the East Coast with Panapa Ehau from Hikurangi Cannabis.

Because it needs to be said, I couldn’t help cringing slightly at Paddy’s enduring preference for the term ‘marijuana’, steeped as it is in drug war hysteria dating back to the 1920s and 30s in America, where racism and fear of Mexican immigrants crescendoed into ‘reefer madness’ and the demonisation of an entire race and the ‘foreign-sounding’ drugs they used. I also thought there was a missed opportunity to delve deeper into not only the pros and cons of the substance itself, but the pros and cons of different approaches to regulation.

Nonetheless, with colloquial finesse and his trademark easy ability to communicate with the New Zealand public, I reckon Paddy does a pretty bang up job of unpicking our preconceptions towards the most ubiquitous illicit substance in this country. It’s also just generally a stunning visual doco. Four shakas.

The first episode of Patrick Gower: On Weed airs tonight on Three at 8:30pm. The second airs on September 18th. 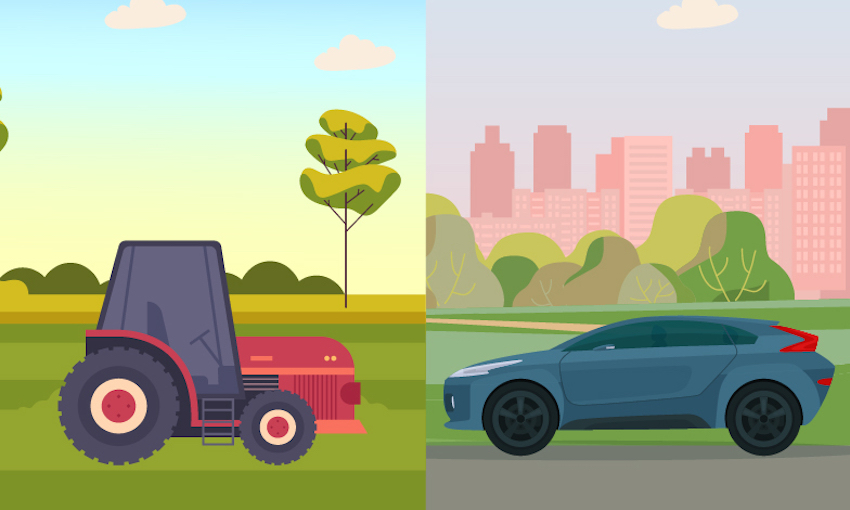