Welcome to week three of The Masked Singer NZ, where dreams are free and sheep wear leather jackets even when it’s hot. This week two more brave celebrities had their true identities revealed, the judges clapped in time, and the top six creatures warbled their way into the next round, proving fish do have feelings and pavlovas enjoy sex and being on fire. No, it’s not getting any less weird, so let’s knock the head off these rankings and expose the hidden secrets beneath. The saddest fish in the world just got a little bit sadder, and watching Newshub’s Mike “owner of NZ’s favourite abs” McRoberts take off his big fish head cut me right to my fishy core. As Mike belted out ‘Catching Feelings’, his orange gloves caught the light and the high notes hit our hearts and suddenly it was the news, it was the weather, it was Super Sports Sunday, all in one. “Turn it up,” Rhys Darby said, but it was up as far as it could go. Goodnight, Mike McRoughy. I liked your colourful hem. Even the pixels on our computers were surprised.

Song: ‘Holding Out for a Hero’ by Bonnie Tyler

Life is cruel, especially for possums. In Australia they’re revered and protected, but in New Zealand, we make them lip-synch on national television for nothing more than “an incredible experience” and “a fun time”. Fun is overrated, and Possum was robbed. Sharyn reckoned it was the best vocal performance they’d seen (obviously haven’t heard me singing “who is it, who is it, who is it UNDERNEEAATTTH THE MAAASK” into the mirror after three wines and a cheeseboard, but it’s fine), and yet, to send big boss poss home? A travesty. Song: ‘The Shape of You’ by Ed Sheeran

Tuatara is an absolute beast of a singer, and who’s to say it’s not Coronation Street’s Ken Barlow? He’s got a lovely voice. He likes a competition, and he was born to be an assassin. Fight me, we know the truth. 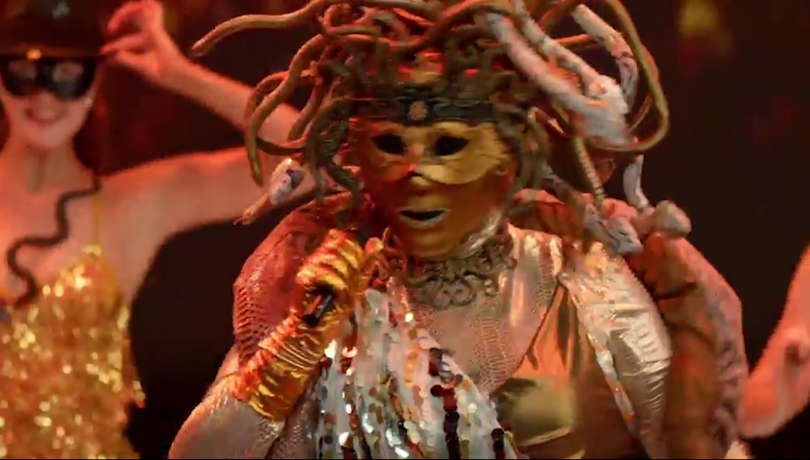 Michelle, is that you?

We can only pray that this is Michelle Visage, because can you imagine? Also, let’s salute Ladi6 for guessing the LAB back-up singers for the third consecutive week, because this is exactly the persistence that a competition featuring a dancing fish and an oversized one-eyed monster needs. The Spinoff guess: King’s Plant Barn, everything you need

Monster is used to being on top and being treated like royalty, but so was Sir Edmund Hillary, and you never saw him dressed up as a monster dancing to Billie Eillish, did you? Maybe you did, who’s to know. 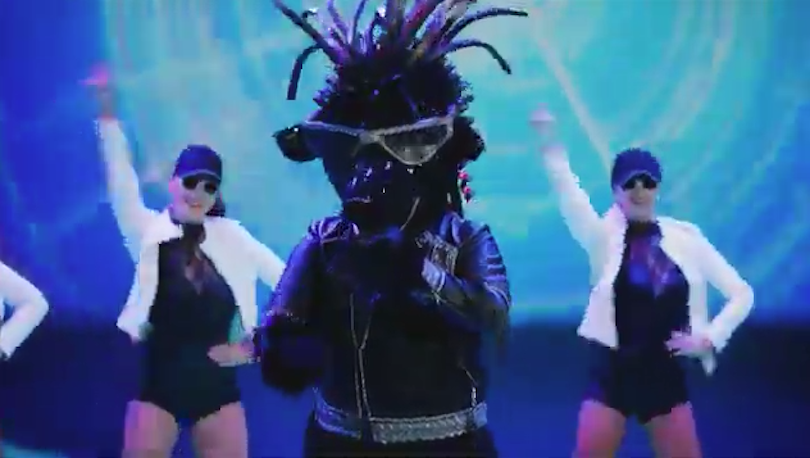 Song: ‘Get Lucky’ by Daft Punk

In the immortal words of Rhys Darby, “this could be anyone”. It’s hard to think of a famous person who feels at home in Aotearoa, had a fiery childhood, and who you have to be at your best to hunt down, because frankly New Zealand, we’re not at our best. We’re spending two nights a week obsessing over which celebrity is singing the words “I’m up all night to get lucky” while dressed as a giant sheep. This is as lucky as we’re going to get. Song: ‘Sex on Fire’ by Kings of Leon

Pavlova delivered the Sunday night family classic ‘Sex on Fire’, because pavlovas and sex go together like peas and carrots. This week’s clues suggested Pavlova used to be on TV after dinner, and that she was extra scary at Christmas time. Remember when Chris Warner sang ‘Anchor Me’ while a bomb exploded at his bach during a Shortland Street Christmas cliffhanger? Sex was on fire, and so was his deck. Kaboom! Keep up the good work, Pav. “Aargh,” said Sharyn when she tried to guess Jellyfish’s true identity, and never a truer word was spoken. We got a “green” clue this week and one about painting, so could it be anyone other than Art Green’s beloved Matootles? Most probably.