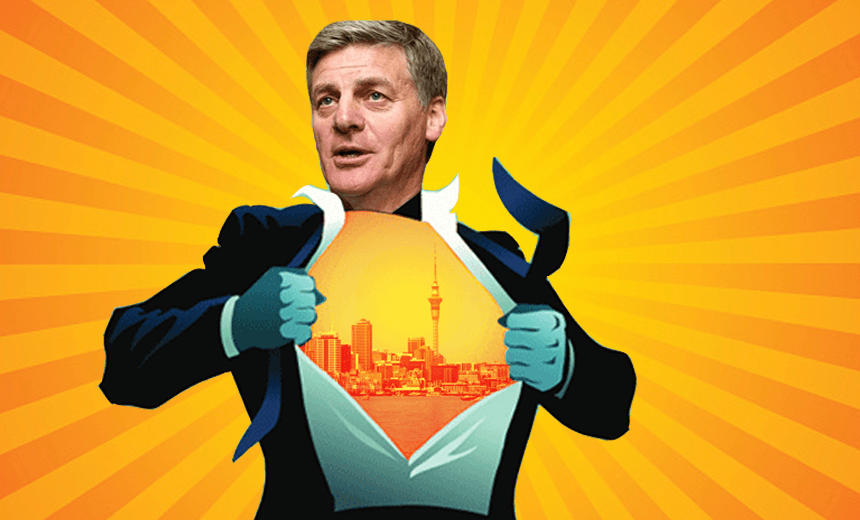 It’s three weeks till Budget Day. Three weeks until the government sets out the financial framework for the programme it will take into the election in September, now less than five months away. How important is Auckland to that programme?

Prime minister Bill English gave us a clue yesterday in a big pre-Budget speech to a lunch hosted by BusinessNZ. In the 2650 words of that speech, not one of them was “Auckland”. Is that bad? You bet it is.

It doesn’t mean Auckland is being ignored. Of course not. The speech was long on social policy, particularly in relation to “social investment” programmes, which I’ve written about previously here. Social investment uses statistical analysis to identify risk factors and the people most exposed to them, so that welfare programmes and other support can be targeted to those most in need. The social investment approach is now central to the government’s approach to welfare, particularly for children and families, and it should be obvious to everyone that quite a bit of that money will be spent in Auckland.

It’s a similar story with road and rail infrastructure and other big-spend areas. Auckland will get slices of all the pies.

So does that mean we should all just zip it, sweetie? English didn’t need to mention Auckland because he really is looking after us – it’s just that he didn’t want to say so for fear of alarming everyone else?

Two things about that. One is this: Auckland needs champions, not supporters too shy to declare their interest. The other is that it isn’t even true: the government does not have a plan for Auckland.

On the first, Auckland needs public advocacy. We need national political leadership that works with local leadership to build a narrative of the city’s importance to the country – if it can be done for dairy it can certainly be done for Auckland. But it can’t be done overnight. It requires a consistent across-the-board approach and it can’t be delayed.

Nine of the 20 cabinet ministers come from Auckland, including Paula Bennett (2nd ranked), Steven Joyce (3rd), Jonathan Coleman (7th), Nikki Kaye (12th) and Judith Collins (15TH). None of them has a specific Auckland role, and most of them do almost nothing to publicly advocate for the city. We lack a champion in the cabinet and we suffer for it.

Perhaps they’ve decided it will cost them votes in September, in the rest of the country, if they talk about the city. If that’s true it’s a bit tragic, isn’t it? Are we ever going to stop with the idea New Zealanders are just country kids at heart?

This is important. The issue is confidence. The reason the government consistently talks up the economic strength of the country as a whole is that it builds confidence. Which, in turn, encourages businesses to expand, people to take risks, communities to engage. Confidence in Auckland, among its own citizens and among other New Zealanders, is a key to progress.

But this is not merely a problem with messaging. Oh no. Auckland needs a sustained, focused, concerted plan. Because let’s call it straight: this city is on the edge of crisis.

We all know this. In transport, housing, health, education, crime, the drains when it rains – wherever you look – supply of services has been outstripped by demand, costs have risen beyond the reach of ordinary citizens and existing systems are failing to cope with their workloads. It’s as true for stormwater as it is for school counselling; congestion on the roads mirrors congestion in the health services dealing with diabetes.

A city in crisis is a city that can’t deliver to its potential – for its own citizens or for the country.

What do we need? It’s great the government has spending plans for programmes that will benefit Auckland. But we need more than that. We need long-term planning, not just short-term crisis management. Not “Let’s put another motorway lane there” but “How do we restructure the transport systems of the city?” Not “Let’s give that kid a scholarship” but “How do get great teachers into all the schools so obviously most in need of them?”

And we need a special focus. From central and local government, the private sector and NGOs, and from citizens, we need creative, inclusive, new ideas. We could think of it like this: Auckland is a project.

Here are 10 areas desperate for a rethink and 10 ways they could start. It’s not everything.