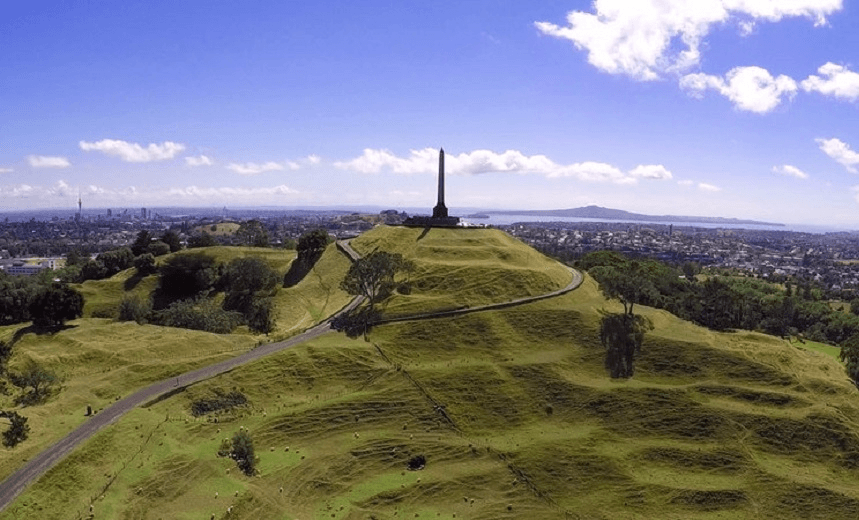 The Maungakiekie movie: sometimes it takes a chainsaw to start a conversation

Ready for the last weekend of the Film Festival in Auckland? Chris Davis introduces his movie about Maungakiekie (One Tree Hill) and chooses another film he also wants to see. Part seven of our filmmaker’s choice series.

A friend recently told me about a conversation she overheard. Three women were debating the significance of Mike Smith’s 1994 chainsaw attack on One Tree Hill’s iconic pine. Was the tree a legitimate target? Maybe a flagpole would have been better?

To me, whether you agree with the protest or not, the fact that people are still talking about it more than 20 years later suggests that he was right on the mark. If his objective was to provoke debate, his action was an undeniable success.

It succeeded because he understood the power of symbolism. As an exotic tree planted by the Pākehā founding father of Auckland, it was a perfect metaphor for colonial conquest – particularly as it effectively replaced a sacred tōtara that once stood on the summit. In making Not Just Another Mountain I tried to stay alert to the symbolism, not just of the tree but of Maungakiekie as a place.

The mountain is split in two – the greater part being owned by Cornwall Park Trust, established by that same founding father, Sir John Logan Campbell. The remainder, including the summit, was recently returned to Māori ownership as part of a Treaty of Waitangi settlement. This is New Zealand in microcosm – bicultural roots, overlaid with the ethnic diversity of modern park-goers. It’s a great place to hold up a mirror to our society.

What did I find? There’s a lot to admire – and also some ongoing challenges. There still seems to be a real disconnect in how Māori and Pākehā relate to this space. I got a sense too, though, of how people from a wide range of cultures share a love for the maunga. It is this love for the land that unites us. And I also got the sense that something of our character as New Zealanders seems to be inseparable from the land. This latter realisation was particularly encouraging. It suggests that, despite our differences and increasing diversity, by deepening our connection with the land we can continue to grow together as a people.

Central to the modern mythology around One Tree Hill is the song by U2 – and one of the films I’m most looking forward to seeing at the Film Festival examines this same interplay between people, place and music. Bill Direen: A Memory of Others, by Simon Ogston, is a musical road-trip of New Zealand through the eyes of one of our most singular artists.

Along the way we pay homage to Janet Frame, James K Baxter and Michael Joseph Savage – exploring the Kiwi psyche as we explore the landscape. It will be a celebration, I hope, of our wildness, idealism and eccentricity. I’m expecting to leave the cinema singing “Do the Alligator” in a high falsetto.

Bill Direen: A Memory of Others: August 4, 5 in Auckland and on other film festival dates around the country.

Not Just Another Mountain: August 6 in Auckland.