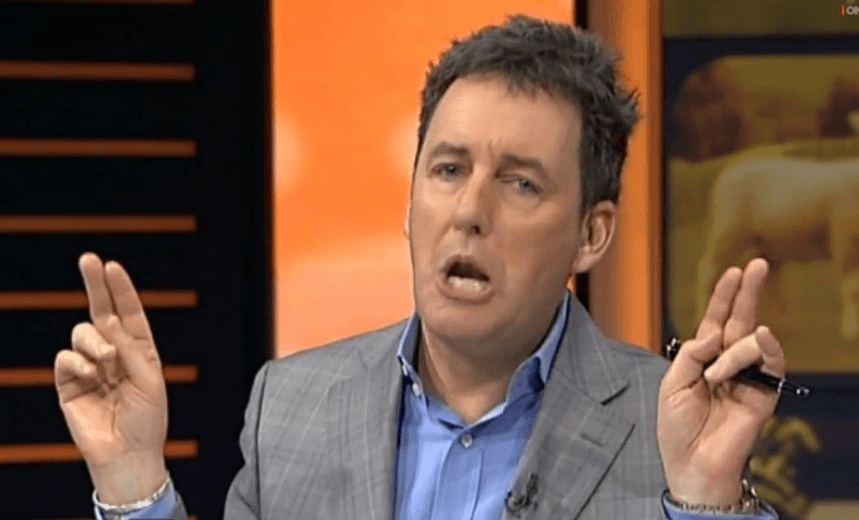 Memo, Mike Hosking – no one’s forcing you to live in an apartment

A furious Mike Hosking has written a column decrying the construction of 33 new apartments with not a single carpark between them. Duncan Greive responds.

There are few tasks more Sisyphean than responding to Hosking’s takes. One of the requirements of his job is to write a daily editorial, delivered from his radio pulpit: a sermon to the ZB nation. For many years they stayed in that context, flamed bright and died. Lately though, in what is on the face of it a smart piece of content re-purposing, the Herald has been not only publishing the text of them online as op-eds, but also frequently issuing a ‘breaking news’ alert at the same time. Not infrequently they also become the lead story on the homepage – as is the case this morning:

There’s little point in fighting it in any sustained way. He has more takes in him than you, and one of the many quirks of the digital media economy is that a hate click pays as well as any other. My general position is to wince and move on – to not throw social media oil on the online trash fire.

And yet here I am, responding in kind to today’s column which, in my partial defence, is also published on the back page of the paper. The subject is close to my heart, in multiple ways, and his perspective on it is so ludicrous – and so contradictory to his general position – as to demand some kind of counter. It’s a furious diatribe against the very existence of The Daisy, a new apartment building from Ockham which features 33 apartments and no car parks. To Michael Noel James Hosking IV this is an unconscionable challenge to his way of life.

Which is quite an extraordinary statement. For starters, having lived in a Nelson St apartment building with just such an ostentatious name (‘The Stanford’), I can report that bold names are in no way correlated with buildings designed to be lived in as opposed to landlorded over. And, as an aside, suggesting ‘The Empire’ as a cool name in a society recovering from the wounds of colonisation is kinda horrible.

The general thesis of his piece is that this building, which no one is requiring him to live in, represents the apotheosis of Soviet-style central planning from our Council. “Did they build this because they thought it was a good idea, or did they build it because the council told them to – there is a big difference,” he asks.

I happen to know some of the key people behind Ockham a little. I interviewed founder Mark Todd and CEO Helen O’Sullivan during our War for Auckland campaign in 2015, and came away from the meeting with the distinct impression that they would be quite difficult to tell what to do. That, in fact, part of what they want to do with their developments is whip the sector up into being more daring, ambitious and – to use Hosking’s phrase – bold. Hence buildings with more than the minimum requirement of affordable dwellings. And hence a major new build with no carparks at all.

To Hosking, the removal of carparks is evidence of far-reaching and sinister anti-car agenda. “The developer doing it under council instruction is acquiescing to an ideological plan designed to force us into submission whether we like it or not,” he writes.

Which is patently absurd. The removal of carparks from buildings with good access to public transport is practical, not ideological. Studies suggest carparks increase the cost of house construction by 25% or more, and require rents up to 63% higher. Which is before you get into the lower cost and ease of movement facilitated by the current combination of Uber-style ride-sharing and YourDrive-style car sharing – and the driverless future hurtling toward us.

So what this is really about is access to housing for generations who choose to unchain themselves from the car. For whom the owned car was a relatively brief blip in the human transport continuum, not the cold-dead-hands totem of independence. They don’t want to be locked out of housing simply because a broadcaster has a forever boner for his freshly-vacuumed Ferrari. Seems reasonable.

Hosking is absolutely not engaging with that argument. “If it’s the council and their agenda that’s produced Daisy then we need to fight back,” he writes. “All over Auckland now, we are seeing the signs of resistance.” By all over Auckland he means, hilariously, Mt Eden and Devonport. He cites the protests around cycleways and lengthened bus stops, surely the first protest movement he has failed to ridicule in his long and richly rewarded career.

The Council’s roll out of some transport measures has been imperfect, but not egregiously so. And moving entities as vast and complex as cities makes that almost inevitable. But the absurdity of his overreaction is exemplified in its contradiction to everything he normally holds dear. Consumer choice and the free market allowing people to determine their own destinies is all well and good, apparently, until it results in dwellings with names he dislikes, or amenities which don’t match those he desires. This isn’t even NIMBYism. Far from his own tiger turfed backyard, The Daisy is on the city fringe – the perfect place for a carpark-less building.

What we’re seeing in this wild anguished yowl, then, is a man conscious that the world is changing, and furious about it even when it doesn’t affect him. Even when the net effect of this building is likely to remove cars from the road and give him more space to roam. And so the correct response is to laugh and keep building out the city we want regardless.