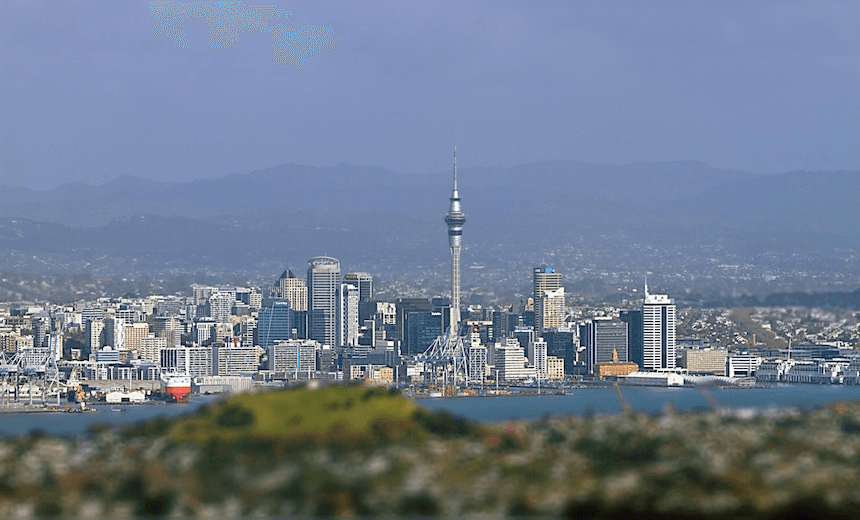 National’s ‘super city’ isn’t working, but not for the reasons National might think

The super city is broken, says eminent sociologist Ian Shirley – but it doesn’t need another review. It needs the government to fix the problems we already know about.

Recently the NZ Herald published an article by Terry Dunleavy, a member of the National Party, under the headline: National’s ‘super city’ for Auckland is not working’. The article describes how in 2008 the newly elected government in Wellington ignored the report of the Royal Commission – “its politicians got it wrong… and imposed their own mangled monstrosity on our largest metropolis”.

Dunleavy is refering to the way in which the current structure fails to engage the citizens of Auckland in the governance of the region. He singles out the Council Controlled Organisations for the way they operate at “arm’s length” from the governance of the city. These limitations were evident in 2009 when NZ Herald journalist Fran O’Sullivan accused Local Government Minister Rodney Hide of making a “pig’s arse” of the reforms and they underpinned my critique of the new structure at a national policy-makers’ conference in Wellington in 2010.

My presentation was reported at the time by the NZ Herald‘s Edward Rooney:

“A couple of weeks ago, a university professor who has been intimately involved in Auckland’s development over the past decade launched a largely unnoticed broadside at what he describes as the demolition of local government in Auckland.

Professor Ian Shirley, Pro-Vice Chancellor of AUT University, and Professor of Public Policy…addressed the National Policy makers Conference 2010 in Wellington. He argues that local government in Auckland will be replaced with “a corporate structure where the major beneficiaries will be the exclusive brethren of big business, merchant bankers and a narrow range of consultants dominated by legal and accountancy firms”.

Professor Shirley says the Minister of Local Government’s plan is a badly conceived strategy that effectively undermines local government in Auckland. “It ignores history, fails to connect in any meaningful way with the diverse populations and neighbourhoods of the region and has established a corporate framework and process that will not gain the trust of ratepayers”.

According to Professor Shirley the policies are driven by a form of economic fundamentalism [that] equates  ‘governance’ with managing a ‘business’ and reduces democracy to a token engagement in the decision-making systems of local and regional government.

Professor Shirley says the 21 local boards proposed will be toothless. “The current prescriptions for these boards and the minimal allocation of support services makes it clear that the boards will be largely irrelevant in decision-making”. Further, 75 per cent of Auckland’s public assets will be transferred to Council Controlled Organisations with the majority of directors for the CCOs appointed by government ministers.

“In this case, CCOs stand for Corporate Controlled Organisations with the elected members on local boards having little say over how those assets are used…Overall the proposed new structure for Auckland’s governance fails to address the distinctive characteristics of Auckland, its population profile, and its potential.”

The conclusions reported in that presentation, based as they were on extensive research, are widely acknowledged today – even by National Party members like Terry Dunleavy advocating for a review of the ‘super city’ structure in 2018.

In my view the last thing Auckland needs is another review. What we need is central government action to address the major deficits in the region and a commitment by Wellington to fulfill its role in the so-called partnership with the local and regional government of Auckland.

Governance was not the fundamental problem facing the Auckland region in 2009; it was an obsession for politicians and bureaucrats based in Wellington. The Royal Commission review of Auckland’s local and regional governance produced an extremely broad report that delivered to the new National government a comprehensive assessment of major obstacles to regional development. In a report last year the Policy Observatory framed these obstacles as three major deficits:

The first is a deficit in Auckland’s infrastructure, incurred largely through central government failure to fund infrastructure and utilities over several decades.

The failure is most evident in transport, where the National government has consistently opposed major attempts to advance public transport in the region. This opposition was evident when the original design for the harbour bridge was downgraded and as a consequence ‘clip ons’ had to be added to cope with the volume of traffic.

It was clear again when Mayor Robbie advanced his plan for a rapid rail system and the Muldoon government scuttled the initiative, opting for increasing the volume of cars and the clogging of motorways. The third example concerns the formation of Auckland Transport, the central government silo with its own legislation over which the Auckland Council has little control. This allows government ministers to determine transport policy in the region and so continue to build motorways, while undermining council’s attempts to advance public transport and generate regional funding for infrastructure.

The second is a deficit in democracy, a problem frequently referred to by citizen respondents to council surveys and graphically evident in the decision-making processes of the Council Controlled Organisations. The reality is that the super city structure now in place in Auckland is the worst example of representative governance in Australasia.

Not only do councillors fail to represent the different cultural and social groups that make up greater Auckland, but the small group of elected councillors are expected to serve nearly twice as many people as any other local authority in the country and four times as many as local bodies in South Australia. There are not enough councillors to serve the current population, let alone the projected population over the next 20 years.

Local boards lack the authority and resources to deal with the neighbourhoods they represent and the various panels that have been set up to address population diversity are effectively outside the governing body of council.

The third is a social deficit most evident in Auckland’s housing crisis, in the widening disparities in income and wealth, in the significant differences between ‘work rich’ and ‘work poor’ households and in neighbourhoods increasingly separated into those who can afford access to affordable housing and core services such as health and education, and those who can’t.

The failure to address this deficit can be seen in a series of downstream effects such as New Zealand’s low wage economy, the exclusion of future generations from owning their own homes, a series of negative social indicators such as the incidence of domestic violence and child abuse, the suicide rate especially among young people, the spate of robberies at dairies and service stations that have dominated recent news headlines and the expansion of prison populations.

NGOs and community-based services are stretched to the limit while government ministers are seemingly intent on pacifying criticism, diverting the attention of the news media with puerile suggestions such as the introduction of tipping, and blaming the transport shambles on ‘big projects’ or the council itself.

These deficits cannot be addressed by council policies alone – that is patently evident considering it is central government that drives policy choices such as the gung ho approach to immigration, the demolition of state houses, the stark inequalities between different communities and neighbourhoods across Auckland, the gridlock on regional motorways, and the environmental decline evident in the creation of ‘poo harbour’.

The greatest obstacle to the development of Auckland is the failure of central government in Wellington to honour its ‘partnership’ with the council, and its inability to address the economic and social deficits of the Auckland region.

We don’t need another review of governance. What we need is a clean out in September of the Wellington swamp that delivered us the ‘super city’ and a structural change to those policies that continue to undermine the development of Auckland today.

Ian Shirley is an emeritus professor of public policy at AUT University and a member of the university’s Policy Observatory.