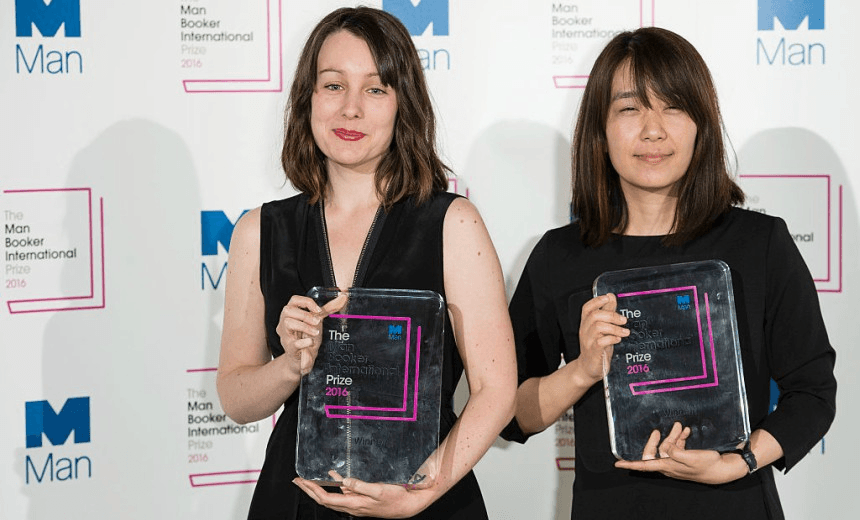 After a violent and disturbing nightmare, an ordinary Korean woman decides to stop eating meat. She empties the kitchen of fish, eggs, pork, and for the first time ignores the commands of her husband. Her behaviour becomes increasingly extreme and harmful to her own health, spiralling into mental illness as she detaches from her life and her previous self. Her husband and family respond with impatience and violence. This is not a book about the rejection of meat – this is a book about the rejection of life, of society, of the self – this is the kind of vegetarianism that Han Kang is telling us about.

I happened to pick up The Vegetarian while milling around a bookshop two days before it won the Man Booker. I wasn’t planning to buy, but then I read the first line of the novel: “Before my wife turned vegetarian, I’d always thought of her as completely unremarkable in every way.” After attending Michel Faber’s workshop about the importance of opening lines on the weekend, I was highly attuned to an excellent first sentence.

At under 200 pages, The Vegetarian reminds us that the beauty of a brief work of literature is its simplicity and focus. And you can devour it in a sitting. But the reader of The Vegetarian is also devoured, and then spat out again, chewed up and stunned by Han Kang’s novel.

Although Yeong-hye is the central figure, she never tells her own story, and in fact has very little dialogue. Instead, three narrators speak for her, portraying her as three very different women. The first is her husband, who only refers to Yeong-hye as “my wife” and is merely interested in her ability to fulfil that domestic role. The second narrator makes her the subject of sexual and artistic obsession, and only the third narrator, her sister, sees her with compassion and concern.

You learn in detail about Yeong-hye’s body and sexuality; her awful dreams; her illness; her extreme behaviour; the ways that she has disappointed others. But you can only guess at who she is, and you can’t help but see her as a symbol of societal wrongs as much as a woman. The reader and the narrators are left studying a central character who is mysterious and eerie, where the reader has to scrape through the other characters’ prejudices, attachments, obsessions and pain to try and understand her, this woman who is both quiet, ordinary, and a chilling enigma.

What can be gleaned is that, like many sufferers of anorexia nervosa, Yeong-hye’s ability to control what she eats in a world where nothing is in control spirals into mental and physical decline. However, unlike many individuals with eating disorders who use food as a form of control, Yeong-hye’s oppression is not only deeply personal, but also a wider critique of the oppression of South Korean society. Her rejection of meat is her own way of rejecting societal and familial expectations of how she should behave, what she should wear, and how she should engage with the world.

The Vegetarian is a book where the holes left unfilled are almost more provocative and disturbing than what is actually said. These holes manifest in a variety of ways – the huge, unsurpassable gaps between the characters, where husband, wife, sister and lover are in many ways strangers; the unanswered questions that are posed about mental illness, art, freedom, family and social expectation; and the chilly absence of a voice for the main character Yeong-hye, the vegetarian herself. This is a book that is powerful for using silence, and unknowing, and the murkiness of speculation.

Simple, poetic and deeply unsettling, The Vegetarian explores character, Korean society and mental health. More than perhaps anything, it sheds light on the threads that hold us all together, for better or worse, and how sometimes the only way to free yourself from those threads is to cut them away completely.

The Vegetarian (Portobello Books, $22.99) by Han Kang, translated by Deborah Smith, is available at Unity Books