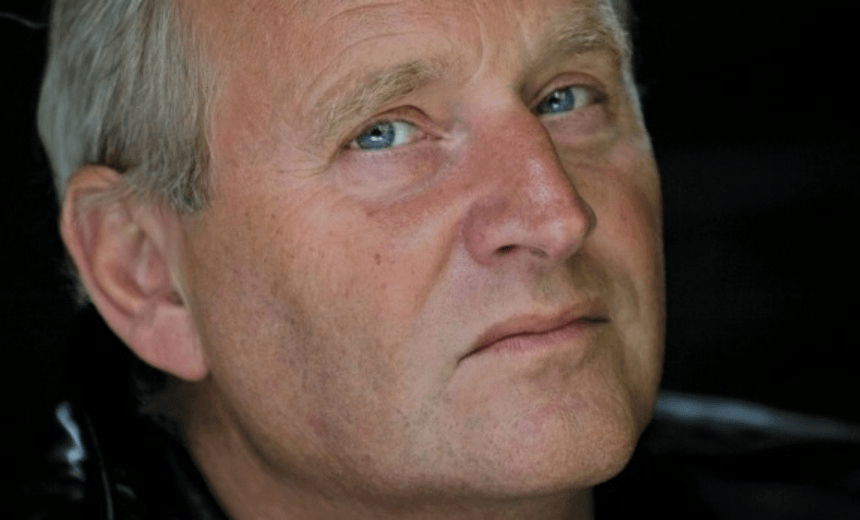 By Kiran Dass
Guest writer
Made possible by

Dutch author Herman Koch writes cracking good thrilling page-turners filled with repellent and flawed characters who despise each other, are driven by sex and power and who will make you wince and laugh.

In The Dinner, he examines how far two sets of parents will go to protect their teenage sons from the consequences of their appalling actions. It’s set during an uncomfortable dinner at an over-priced and pretentious restaurant. The New York Times: “There is a bracing nastiness to this book that grows ever more intense with the turning of its pages.”

In Summer House with Swimming Pool, a famous actor ends up dead after a botched medical procedure. His repulsive doctor looks back at the previous summer, where he and his wife and their two beautiful teenage daughters spent a week at the star’s opulent summer home on the Mediterranean. The sun-drenched days of wine swilling and luxuriating by the pool turn dark and violent.

Koch’s briskly chilly but at times cynically hilarious psychodramas explore the grubbiness that lies beneath the glossy façade of pristine and glossy middle-class lives. When we spoke recently, I began by asking him about one of the themes of his fiction: repulsiveness.

Your narrators are unreliable and unlikeable but perhaps they quietly mirror human nature and the ugly side and realities of it. The hidden aspects.

Most of the time we know the unlikeable parts of our own character. The small things, you know, “I am too lazy,” or “I am too shy” or “I am an egocentric.” Most of us, if we are lucky are 80% likable and 20% unlikeable. Marc [the doctor in Summer House with Swimming Pool] and Paul [The Dinner] however are the opposite. 20% likable and 80% unlikeable.

Do you think the things that make us uncomfortable are also the things we are secretly attracted to?

The uncomfortable feeling might come at first, but then people become attracted to actions or opinions expressed by the narrator in the books. They might think, “I sometimes think that way too, but I must repress myself and put on the brakes because I’m not allowed to think this way.”

I think there are two types of readers. The first are repulsed. In the case of Summer House with Swimming Pool, they are repulsed by the doctor who is a macho practitioner. But those uncomfortable truths will ring true for some.

Your books have a kind of pronounced middle class panic and anxiety. What is it about the middle class that is so appealing for you to write about?

It’s the class that I know the best. I’m not from aristocracy or millionaires or the working class. It’s the office workers and dentists – that is what I know.

I thought of your books the other day when I was at the dentist. I was lying there vulnerable with my mouth open and I felt a bit anxious about what the dentist was thinking. I mean, what they were really thinking behind the cool, calm, polite façade? And I think the same about hairdressers and doctors, too.

That’s good! And that’s true! I was in the waiting room at the doctor’s office and I saw a huge man go in to the office before me and he was in there for a long time and I was waiting and wondering, “what is happening in there?” It’s an intimate thing. It’s the same with your hair and teeth.

When I got up to leave I saw the tray with a bit of bloody tooth and all the gruesome looking bits of cotton wool and while it was mine, even I didn’t want to look at that. It’s a bit macabre they look at that stuff all the time and remain indifferent.

Every three months my ears get stuck. The doctor has to suck them with a machine. I always tell him, “here we are again. You’re back to the dirty work!” And he says, “I don’t look at it like that.” But how do we know?

Do you craft your characters first or do you begin with your narrative?

Once I have the voice of the character, I can start to find exactly what he is trying to hide or say. Once I have the first paragraph or page, I know if I can go on or not.

The biggest problem is to answer “what is this person like?” Paul (in The Dinner), he is very private, he wants to keep things private.

Yes, we see that at the very beginning of the book when he won’t even tell us the name of the restaurant where he is.

And Marc [in Summer House with Swimming Pool] is the same. When most people introduce themselves, they say, “Hello, my name is Herman and I am a doctor.” But he’s a different sort of person because he doesn’t introduce himself properly. He’s hiding something.

What does your family think of your books? Are they horrified or do they laugh?

Ha! They are not at all horrified. The know me well enough. My wife reads everything first and she makes comments like, “Oh Herman, now you’re just exaggerating.” Or “Stop repeating yourself.” My son actually read Summer House with Swimming Pool and he was very enthusiastic about it and he is not a reader.

The double lives of children is something you explore in both books: There’s the lives that the parents know, but then also the hidden, private lives. You’re a father, what’s your approach to this in terms of boundaries?

With my son, I respect his privacy in every way. I mean, I’m curious about what happens when he is not with us, but he’s quite open and tells us a lot. He’s 21.

I think I never once have violated his privacy. Oh, maybe there was one time when his mobile phone was on the table. A message came through. From whom? I was curious about who wanted to reach him all the time. But really, if I’m curious, I just ask.

The Dinner has an underlying thread of the snobbery of high-end dining. Did you experience a bad meal somewhere and think, “Right, this will be my revenge”?

The restaurant in the book actually exists! It’s in my neighbourhood. It’s beautiful, a former greenhouse, so at night you can see the stars. The food is very politically correct biologically and it is very, very expensive. But the food is not as good as at the bar next door. So I felt cheated.

I always saw politicians, writers and sportspeople there and I went there three or four times before I decided not to go back. In Holland, in Amsterdam, the standard of food and good dishes is not very high. I’m always relieved when I go to Italy, Barcelona or Paris. Then I think, “OK, finally. We can eat!”

The Dinner by Herman Koch is available at Unity Books.