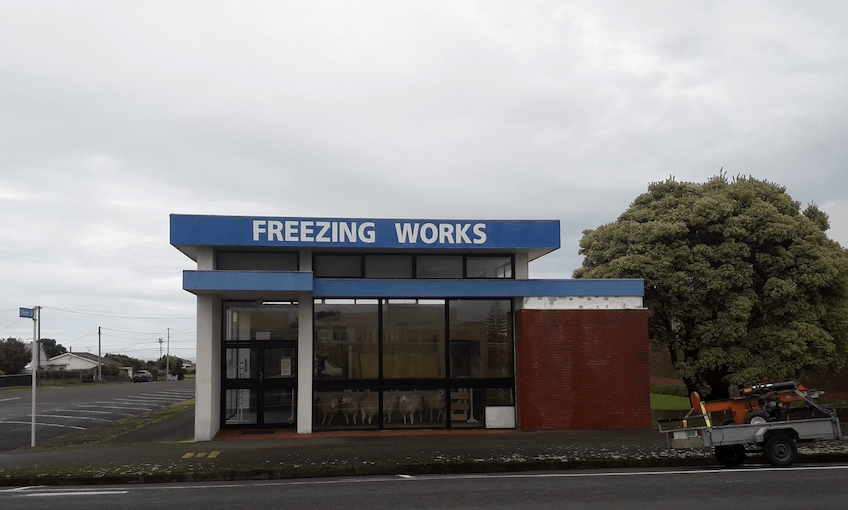 By Tom Doig
Guest writer
Made possible by

As an origin story, it would have been perfect, and perfectly literary: the young John grows up in the shadows of a labyrinthine second-hand bookshop. He loses himself in shelved cul-de-sacs, surrounded by teetering piles of leather-bound lore, long-forgotten postcards tucked in yellowing dust jackets. The building has cult status in certain circles, “an oasis in conservative Christchurch, a salon of sorts where artists, writers and academics might congregate”. Even better, this beacon of bohemian progressivism is called The John Summers Bookshop (after John’s grandfather). Except that John Summers Jr was born in 1983 – the year that John Summers Bookshop (est. 1958) finally closed.

Even so, the ink stains were on him from the beginning.

In 2015 Summers published Mermaid Boy, his first collection of non-fiction, with Hue & Cry Press; this second book is via Victoria University Press.

Meticulously researched, gorgeously written and endlessly surprising, The Commercial Hotel is a compendium of sparkling oddities. The 21 essays and sketches are the sum-total of five years rummaging in rural New Zealand, with a focus on the neglected towns of the lower North Island (Summers and his partner Alisa Yong lived in Greytown, Wairarapa from 2015 to 2019). Summers searches through archives, through collections of old letters, people’s patchy memories and his old childhood for those moments that ring out, the details that haunt. He captures poignant glimpses of a world before the climate crisis, an Aotearoa before social media flame wars; a world that is sometimes actually still here, if only we could tear ourselves away from our screens long enough to recognise it.

The content of The Commercial Hotel is as Kiwi – as Kiwiana, even – as it gets: Arcoroc mugs, freezing works, state housing, men shivering in the bush and, occasionally, killing each other. But Summers’ writing style is not at all macho or Crumpy. “There are new stories to tell,” he notes. Instead, these shape-shifting essays evoke the gnomic cosmopolitanism of Bruce Chatwin’s In Patagonia or Eliot Weinberger’s An Elemental Thing. Where Weinberger honed in on Naked Mole Rats, Summers chooses eels. “I actually wrote a draft of the eels piece before I read his moles essay,” he says. “But after I read it, I couldn’t look at my piece the same way.” And while Chatwin obsessed over his grandmother’s scrap of “brontosaurus fur”, Summers elegises his friend’s Commodore 64 game The Pharaoh’s Curse – and his grandmother, Constance Summers. The longest essay in the collection, ‘Temperament’, is a tender and proud portrait of Connie, a renowned Christian pacifist and the only woman in New Zealand arrested for protesting against World War Two. Summers salvaged this note from Connie’s prison diary: “The other girl I understood removed her unborn child by means of a crochet hook.” A euphemism that remains brutal in its specificity, and a window onto a New Zealand with radically different social mores.

We talked about a bunch of things, but mainly we nerded out over books and writerly craft.

The Spinoff: What is your earliest memory?

John Summers: My earliest memories are of before I started school, living with my mum and my brother in a place called Hei Hei. I remember the landlord’s name was Mr Cooney. And that’s pretty much it … I have memories of that time that are quite false, like, the person next door had a playhouse that was as big as a house – and that’s probably not true.

Do you feel like books were really important to you, early on?

I was a big reader as a kid. My father never owned a TV, so when I spent time at his house, I just read books the whole time. And he owned a lot of books. For that side of the family, books were the only gift [at Christmas and birthdays]. I was a massive Tintin fan. I loved Tintin in Tibet – all the snow is great, and there’s a yeti in it.

I also read a lot of books about ghosts and the supernatural. You know, UFO abductions, the Bermuda Triangle, that kind of stuff.

Exactly. I thought this was particular to me, but these things were weirdly common in the late 80s and early 90s.

As I said, I used to get given a lot of books – and stuff that was quite difficult for a kid to read. My dad was very keen on giving me things like Thomas Hardy and Joseph Conrad when I was about 13.

My interest in non-fiction really started at university, reading George Orwell and his essays. And they remain a touchstone for me … it was a real revelation that people could write non-fiction in this way. [Orwell’s essays are] lasting, and highly interesting and enjoyable as well, as rich as fiction.

The other thing I’ve been a big reader of for ages is those Best American Essays collections. I started reading those when I was living in Japan [in 2007], after university, and have read them ever since.

I was also very interested in travel writing. Not so much now, but I think it’s a really useful model for writing non-fiction: people like Paul Theroux, their attention and eye for particular types of detail, that kind of sponge-like ability to soak up their surroundings. I’m not saying that I can do that, but that’s always the aim.

We interject to bring you three examples of “particular types of detail” in The Commercial Hotel:

1  A note pinned to the FreshChoice Greytown community noticeboard: “How to grow a great beard and trim it to please the ladys”

2  An evening spent in the bush, sans tent: “Most of the night was spent wide awake, shivering and listening to the trees drip and creak, a wild pig’s far-off yodel at one point, and, the more constant soundtrack, the lyrics of ‘Psycho Killer’, which had stuck on repeat in my head”

3  On Summers’ grandmother, Connie: “Dad remembered her telling him that she found herself agonising decades later that she hadn’t bought a spade at an auction. She said, ‘I don’t know why I worry about it. It’s not important and it doesn’t matter.’”

There’s a John McPhee book I’m a big fan of, called A Roomful of Hovings and Other Profiles. The piece about Bernard Shapiro – I would say the first sentence of that is me trying to write like John McPhee. “When the Christchurch Press came across him in 2005, on a roadside in Culverden, Bernard Shapiro was wearing canvas trousers, an oilskin jacket, puttees and a pith helmet.” From then on I drop the conceit, but it’s there.

Also, Helen Garner is a big influence, and closer to home, Ashleigh Young and Steve Braunias.

I was very interested in writing a book that is essays, and they have the memoir thing too, but they’re about … other stuff. And I don’t know if that’s that common here – I’d love to be wrong. I didn’t see a lot of examples of that. I like memoir, but I was quite keen to go beyond that, and bring in other topics.

What would you say that your chapters, taken as a whole, reveal to us about New Zealand?

I guess I’d admit to a certain nostalgia, but I’d be very careful about that too. One reason I’m drawn to the “old New Zealand” stuff is I like the idea of an egalitarian country – which is a myth, I don’t think it was ever the case, but it still seems like something to aspire to, even if you never quite reach it.

New Zealand wasn’t a better place [in the past], in particular for women and people of colour. But I think this past New Zealand still kind of lingers in the present, still has this haunting presence, and I’m interested in speaking to that, revealing it where I see it. The example I’d go to is the freezing works [The chapter is called ‘The Dehydrated Giant’]. The works aren’t a particularly nice place, I wouldn’t advocate for us needing more of them, but the fact remains that they were a part of New Zealand life for a long time. They were really important for the people that worked at them, and the communities that lived around them – whether they chose it or not. And that essay – a few of the essays – are saying, “Let’s not forget this, let’s acknowledge that part of life.”

Are there any lines that you’re particularly pleased with, that other people might not notice?

Hmm. The one that comes to mind isn’t even that good, but –

It’s in reference to the Elvis impersonators [The chapter called Grassroots Elvis, an early version of which was published on The Spinoff]. I refer to them all being the 70s Elvis, so I say it was the days of the jumpsuit “and that famous sandwich”. And [Summer’s editor] Ashleigh Young suggested that just “the sandwich” is funnier, but I was like, “No, there’s something about the impreciseness I really like.” Like, not describing the sandwich or anything. Because we know Elvis so well, that you can be vague and everyone knows what you’re talking about – and that’s how Elvis impersonation works too.