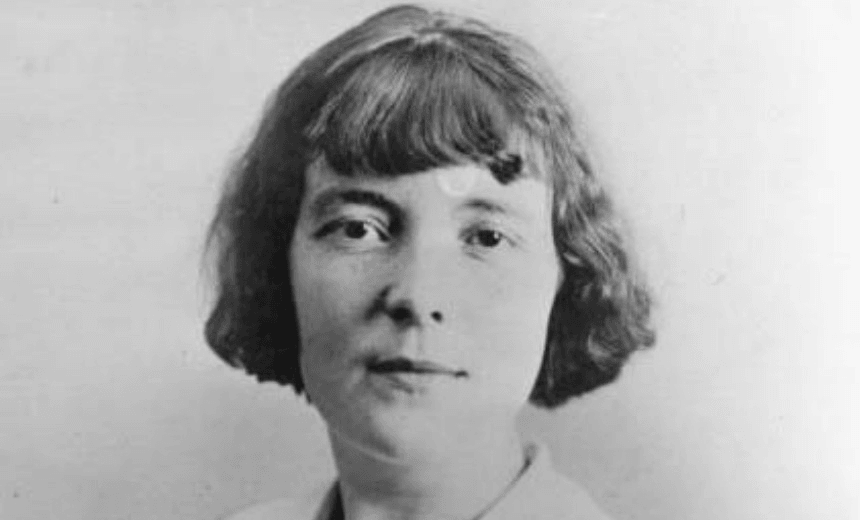 Let us now contemplate what to do with Katherine Mansfield’s bones: a proposal by Vincent O’Sullivan

By Vincent O'Sullivan
Guest writer
Made possible by

I once heard of an artist whose partner believed her legal status, even in life, meant “owner under all circumstances.” As a widow, there was even more to own. Not the Angel of Grief, so much as the Seraphim of Total Possession, mourned at the graveside. In an ideal world, she would have allowed only those with direct permission to look at his work. As nothing is ideal, she settled for attempting to prevent all mention of him except on her own terms. Her role in life: Custodian of the Bones.

I began to write a story that was not in the least based on life, in which a woman whose husband was a very famous sportsman, perhaps even one who had been called to the Black, read of how diamonds are compressed from other elements, and so with the benefits of science, had reduced him to what you might call his ultimate value, every component of the man to the size of an ear-stud, a matching pendant, a filling in her front tooth. As the widow knew, even to smile at the postie, to thank the staff at Kentucky Fried, was to say without saying a word, “Who owns him now?”

But the literary world being so rightly alert to lapses in taste, I put the story aside. How it sprang to mind this week, though, as I read of Wellington’s mayor Justin Lester who dreams the headline, “Katie Coming Home!”

It has always struck me as a curious thing, how readers at times so hanker to own an author, beyond carrying her books in a shoulder bag, or reading her in a library. That urge to get closer, to know what life was like when she wasn’t writing, to pick up scraps she didn’t know she had let drop. It is an understandable, even a touching, trait. Mansfield readers often seem more than usually prone to the condition. I have heard of “Kezia Parties” on October 14 where even men are permitted to wear pinnies. Or an event on May 3, when guests are invited to throw paint balls at another guest whose name is drawn at random to dress up as Middleton Murry.

In our capital city one is able at times to see a lock of hair; the shawl that covered a coffin; the typewriter; the manuscripts with their lines of text like distant tangled wire. (An image I draw from her childhood in Karori.) So what a deft mayoral instinct this seems to be – we must own the bones. Are our corporeal remains no more than our pure water, to be given free to foreigners? Yet the recumbent, a niggler says, didn’t she choose France as where she preferred to live? Ah yes, the mayor says, to live! He has us there! But who would prefer to lie, forever, near rackety Versailles, when Wellington is still on offer?

And so what, if motorways may have dug up Mother and Father, and much of the cast of the stories, and heaped them in where you couldn’t sort a Lottie from a Laura? A trivial objection. As if at such expense, we’d not find room – Makara, Newtown Park, somewhere – for Her! Our Her! Where no roads are planned.

I applaud the Mayor for having thought it through. And if I may return to my own discarded story. Need it be fantasy after all? The Literary Jewel of the Pacific. See what I have in mind? Katherine shaped by us, as we have been shaped by her. We are not without gifted craftsfolk. Think: the potential of the bones. A nose flute for our orchestra. A paperweight gifted to a Royal Visitor. The mayor of the time, saying with pride to her/his partner, as they leave home for a civic function, “Darling! You’re wearing our Katherine!”

Is it hoping too much, that we might process this further?