In its first draft advice delivered to the government in February, the Climate Change Commission recommended the widespread adoption of electric vehicles, with ‘no further internal combustion engine light vehicles imported after 2032’. Gareth Shute asks if this is actually feasible.

Transport is responsible for over a fifth of New Zealand’s climate change emissions, and its contribution continues to grow. As a result, it was a central theme in the Climate Change Commission’s draft advice document, which suggested New Zealand should cease importing new combustion engine light vehicles by 2032. This follows strategies in other countries such as the UK, which is planning to ban the sale of new petrol and diesel cars by 2030.

The approach recognises that car producers need to be incentivised to invest more in electric vehicles (EVs), since only once production ramps up will economies of scale start to kick in and prices fall. EVs certainly aren’t cheap currently. The world’s best-selling electric vehicle, the Nissan Leaf, currently costs a whopping NZ$61,990 brand new.

However, Victoria University researchers recently found that secondhand electric cars are more affordable than petrol cars when considered over a 12-year period. While EVs are relatively more expensive to buy, their running costs are far lower, so they end up being cheaper in the long term.

When it comes to new cars, there are positive signs that prices will come down. Tesla CEO Elon Musk said last year that he’s “confident” Tesla will produce a US$25,000 electric car in the next few years. What’s more, the best-selling EV in China is only NZ$5,800, though it’s a two-seater runabout that can only go 169km on a charge – fine in a country where it’s far easier to take high-speed rail between cities.

In New Zealand, the limited charge range of EVs is a major stumbling block. Older-model Nissan Leafs – the most common secondhand EV in New Zealand – have a range of 130km, and it gradually declines over time. This works for driving around town, since an EV can be charged each night like a cellphone, though it isn’t ideal for holiday driving. In the short term, this requires owners to adapt, for example, by swapping their car with a friend for long journeys or hiring a car with more range when required. Fortunately the long-term prospects for range are much better. The newest Leaf is already at 360km range, while a long-range Tesla Model X can go over 600km – further than many petrol cars. There is no doubt that newer EVs will eventually provide more range for less cost, but it’s just a matter of how many will be available by 2032.

Motoring industry commentator Keith Bradsher recently suggested on Q+A that petrol and electric cars will cost the same to produce within the next five to seven years. However, it will undoubtedly take a few more years for this cost reduction to flow through to us. On the upside, there is already a basic infrastructure for away-from-home charging here, but more work will be required to prepare electricity grids for this increase in demand. 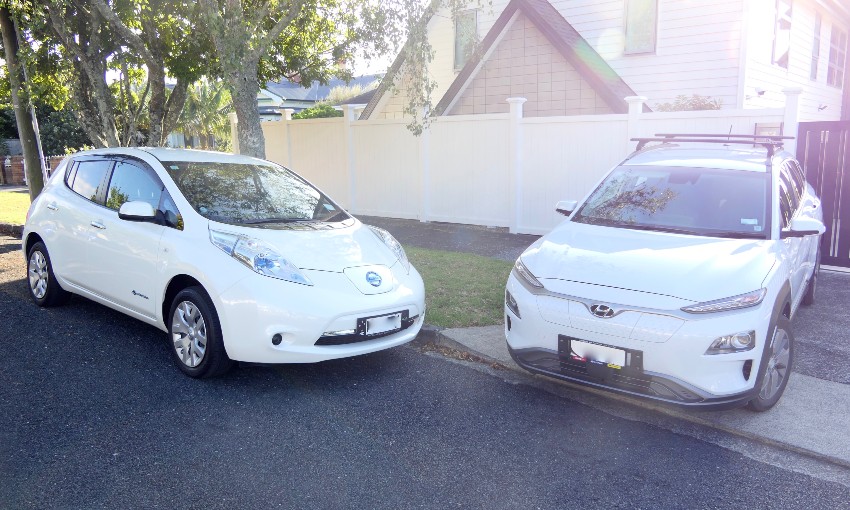 These assurances won’t be enough for some anti-EV commentators, who question whether electric cars really are better for the environment. Their main bugbear is the use of lithium and cobalt in their battery packs. Two thirds of cobalt comes from the Democratic Republic of Congo, where labour rights are non-existent and child labour is common, while lithium mining is seen to cause serious environmental damage because it requires such large water usage.

However, looking at these failings in isolation is quite misleading. Is petroleum extraction actually better? Don’t believe the disinformation online – shale gas mining in particular is highly damaging to the environment and once the resulting petroleum is used, the resource is lost – unlike lithium, which can be recycled. Meanwhile, researchers have formulated cobalt-free lithium batteries and companies are gradually finding cleaner sources of lithium.

For example, the Taupō-based company Geo-40 has already extracted lithium from the run-off from geothermal electricity plants. Once this technology is taken up worldwide, it will provide a far more environmentally friendly source of lithium. If the process can also be applied to traditional lithium mines, it will also reduce their environmental impact.

Even if this approach is a dead end, it’s highly likely new technology will solve the lithium shortfall, whether it involves lithium-sulphur batteries that can run longer, mining lithium from salt water or some other new approach waiting to be discovered.

Another important question is: what happens to these toxic minerals when an EV is at the end of its life? Fortunately a local group of major stakeholders has already formed the Battery Industry Group to ensure batteries don’t end up in landfill. They are creating a recycling scheme that will see large batteries initially directed into second uses – home energy storage, for instance – before being dismantled so the primary minerals can be retrieved.

All in all, the move towards importing only fully electric light vehicles certainly appears feasible and worthwhile. The major sticking point is whether the change will happen fast enough. If EVs are still expensive when the new restrictions come into force, then this will make the change unpopular, especially since “light vehicles” under 3.5 tonne in gross weight also include utes and vans – popular and essential vehicle types in New Zealand. It’s difficult to predict when affordable EV options for these categories will be available.

The Climate Change Commission report is vague on how to avoid costs becoming a problem for EV uptake, but suggests: “Targeted assistance will be needed to ensure an equitable transition.” It seems clear that a feebate or similar scheme will be needed before the restriction comes into effect both to support EV uptake and also to keep the secondhand market of these cars affordable for those on low incomes.

However, if the government sets the target and just hopes for the best, the push to electrify New Zealand’s cars will quickly run out of juice.