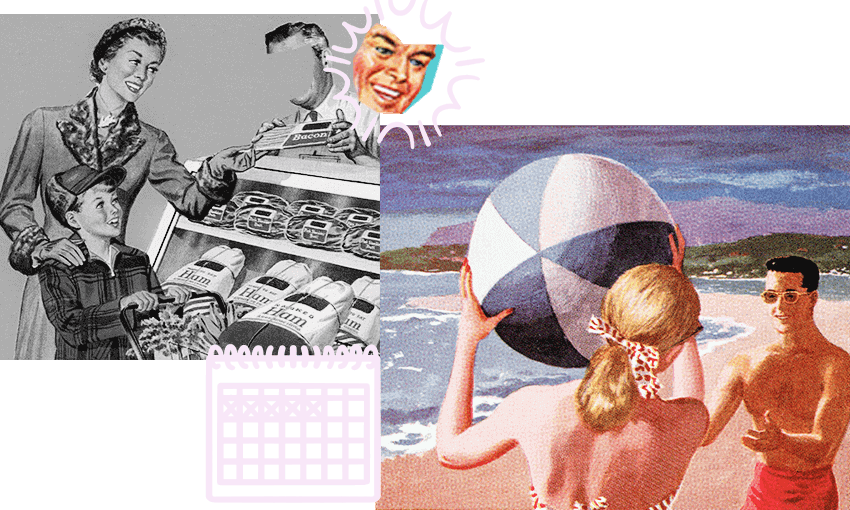 If you work weekdays you’re probably enjoying a day off today – and if you are working, you’re likely getting time and a half. But a surprisingly large section of our workforce doesn’t get either. Charlotte Muru-Lanning explains.

Public holidays are important. They help nourish mental health, they improve worker productivity and, especially in the case of Waitangi Day, they mark significant events. And who doesn’t love an extra day off?

But here’s something you may not know: A bunch of full-time workers in New Zealand completely miss out on up to seven public holidays each year.

That’s because of an anomaly in the Holidays Act. If you work Monday to Friday you’re guaranteed all public holidays, because even if the holiday falls on the weekend – when you usually wouldn’t work – your public holiday is ‘Mondayised’; it gets shifted to Monday. These workers are the lucky ones.

You’re a little less lucky if you don’t work weekdays. If you don’t work Mondays, for example, you’re likely to miss out on more than five public holiday entitlements this year. This is particularly an issue in industries like retail and hospitality, where it’s not unusual to work Tuesday to Saturday. In the restaurant industry, it’s common for restaurants to be shut on Mondays, so none of the staff work.

But why do these people miss out on holidays? Unite Union national secretary John Crocker says it’s due to both legislative and societal changes. “If you look back in New Zealand’s labour history, we were predominantly a Monday to Friday workforce,” he says. Before the 1980s, it was rare to find a shop open on the weekends; in fact it was illegal for most retailers to trade on Saturday or Sunday. It was only when the National government passed the Shop Trading Hours Amendment Act in 1980 that Saturday trading was allowed – despite campaigns against it from the Shop Employees union. In 1989, trading on Sundays was made legal too. But even then, when people did work on the weekend, “penal rates were built in” Crocker says, so they were compensated for missing out on public holidays. These penal rates were removed under the Employment Contracts Act of 1991.

Back in the 80s, Crocker says, “those missing out were a minority”. But now there’s a growing workforce who work outside of the traditional working week. Statistics New Zealand’s 2018 survey of working life found that two thirds of employed people had worked at a non-standard time (any hours worked outside of 7am to 7pm, Monday to Friday) at least once in the past four weeks. The most commonly worked non-standard time was during the day on Saturday. Considering this, the fact that public holidays are still based on a Monday to Friday working week starts to seem archaic.

Crocker was on the Holidays Act Taskforce that reviewed that Holidays Act in 2019. He says one of the reasons the law doesn’t account for non-traditional work weeks is that those who create legislation tend to be weekday workers themselves, and so are less likely to recognise anomalies in weekend workers are treated. The public holiday issue also reflects the lack of political representation for people who work non-standard hours.

Crocker says Unite Union is planning to lobby for a change to the legislation to ensure all employees benefit from a minimum number of public holidays, or get days in lieu based on the number of days per week they work.

Change is imperative, he reckons. “New Zealand society has changed and we are more of a 24/7, seven days a week workforce now,” he says. “The legislation should reflect that”.

The current discrepancy is also an equity issue, he notes, with young, female, and Māori and Pacific workers more likely to be shortchanged by the current rules around public holidays.

He adds that while some industries have been able to negotiate better public holiday arrangements by unionising, a change of legislation is important to protect the most vulnerable workers who can’t unionise.

In the years following reports of widespread non-compliance with the Holidays Act, many larger employers resolved the issue through worker remediation – but there are still huge parts of the workforce that haven’t, Crocker notes, and that’s a bad sign for any future changes to the act.

To Williamson, improving holiday entitlements would be an easy win for the hospitality industry, which is suffering from intense worker shortages and high employee turnover. Giving hospo workers the same number of holidays as Monday-to-Friday workers would encourage more people into the industry, he says.

Under the current system, too many in the workforce are missing out on holidays the rest of us take for granted. As the introduction of the Matariki holiday this year shows, the government has the power to give us a break from grind – to make our working lives a little better. And surely we’d all enjoy our long weekends even more if they were fairer.

The new rules represent small but meaningful steps to correct a system that had spun out of control – but will the government have the courage and the strength to go the distance?
By Timothy K Kuhner
Guest writer
Aotearoa continues to adapt to a new reality and The Spinoff is right there, sorting fact from fiction to bring you the latest updates and biggest stories. Help us continue this coverage, and so much more, by supporting The Spinoff Members.Madeleine Chapman, EditorJoin Members

Employee shortages are leaving many industries stretched thin. And it's not likely to get better any time soon.
By Chris Schulz
Senior writer
20th June, 2022

Everything you need to know about Stocktake, The Spinoff's new weekly business bulletin.
By Chris Schulz
Senior writer