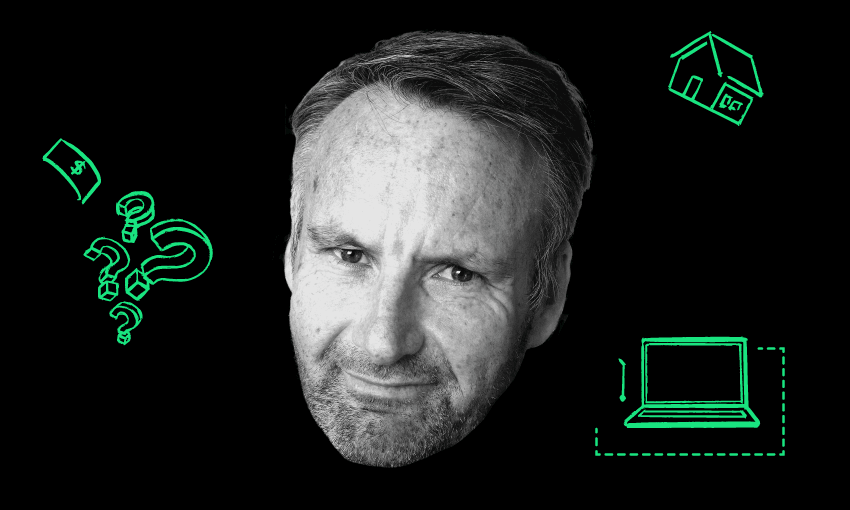 When the facts changed, Bernard Hickey’s podcast had to change too

When the Facts Change is back for a second season, to explore more of what makes our economy and financial lives tick. And what a difference a few short months have made, writes its host.

The last episode of When The Facts Change before we went on hiatus earlier this year included a summary of how the economy had changed over the last 12 months, and what might happen next with inflation, interest rates, house prices and wages. We had hoped that episode would have a relatively long shelf life for any listener who wanted some information about the state of the economy, both international and domestic.

But then the facts really changed. And, as renowned economist John Maynard Keynes is reputed to have said: “When the facts change, I change my mind. What do you do sir?”

The war in Ukraine started in late February; China’s aggressively enforced omicron shutdowns happened in March, April and May. Those events, along with a host of other Covid complications, have thrown the global economy and our own financial lives into turmoil. Now inflation is much higher than it was at the end of last year. Russia’s invasion of Ukraine cut off oil, grain and sunflower oil exports through the Black Sea, unleashing the worst food and fertiliser price inflation in a generation. Sanctions on Russian oil exports have pumped oil prices higher. The UN is warning of a global food catastrophe next year.

Just when we all thought Covid-era inflation might be stabilising and the world might escape without a recession, two new black swan events hit our financial and economic universes in quick succession: the worst war in Europe since World War Two, and brutal lockdowns in the world’s second largest economy, which is also our largest trading partner.

Russia invaded Ukraine in defiance of the west, unleashing a wave of sanctions and financial retribution that surprised everyone, including the Russians. It meant many Russian banks were cut off from the financial plumbing of the global economy. Russian oil sales were stopped in their tracks. Chinese banks and oil traders were threatened with secondary sanctions if they so much as talked to the Russians. The oil price surged over US$120 per barrel, forcing governments all over the world to slash petrol taxes and scramble to come up with “cost of living” packages. Stock markets slumped 20% from their peaks.

For a moment in March, the system of globalisation that for the past 30 years has underpinned the developed world’s reliance on cheap and abundant goods looked set to unravel within weeks. It certainly did for Russia. Foreign banks, manufacturers, fast-food chains and the big global food groups pulled their staff and brands out of that nation within days of the Ukraine invasion. Many international businesses were forced to leave factories idle, or to accept buyouts at cents on the dollar from Russian state-linked firms. Imported components that are crucial for Russia’s own manufacturing sector stopped arriving. Ladas are now driven out of the factory without air bags or anti-lock brakes.

But, luckily for us and the global economy, that unravelling hasn’t happened to China in a way that many feared. Despite its declaration of allegiance during the Winter Olympics, China sought to downplay its support for Russia once the Ukraine invasion was under way, tiptoeing past those US secondary sanctions. It even ordered state-owned oil and coal companies to avoid buying spare oil and coal from Russia.

Then China engineered its own local catastrophe, thanks to a hard Covid elimination strategy that felt awfully familiar to the people of Aotearoa circa August-December of last year. Unlike here, where it proved politically and economically impossible to again lock everything down for months on end, China under President Xi Jinping forged ahead with a “There Is No Alternative” strategy. Apartment complexes were welded shut. Curfews were enforced with drones.

At one point in April, more than 40% of China’s economy had effectively been told to stay indoors, including those operating its key ports in Shanghai and driving the trucks pumping components and energy through the “factory of the world”. Fonterra has had to shift its refrigerated containers around and about Shanghai’s jam-packed port. Meat exporters had to divert their chilled boxes of meat into freezers, and then onto Europe to be sold at cut-down prices. All of these disruptions, which are still ongoing, added to the gum in the works of the global supply chain.

The spike in oil and food prices caused by the war in Ukraine compounded with Covid-era inflation to blow expectations about inflation and interest rates sky high. Where once the US Federal Reserve and the European Central Bank were cautious about raising interest rates too early, now they are scrambling to turn off their money printing machines and to start hiking rates as fast as possible. Our own Reserve Bank got a head start, but it has also accelerated its plans to jump on the economic brake by putting up the official cash rate by more in one chunk than at any time in over 20 years.

That’s when the facts on the ground for NZ’s economy really began to change. House prices have fallen as much as 12% since November in Auckland and Wellington, with falls around 6% nationally. Banks and the Reserve Bank see prices falling 10-20% from their peaks by the end of the year, which is making life uncomfortable for the real estate industrial complex and median voters used to ever-rising house prices.

Consumer and business leader confidence, along with confidence in the government, have crashed this year, almost directly in line with house prices and fears about higher interest rates. So what does it all mean for us as workers, savers, voters, investors and consumers?

This second season of When the Facts Change will delve into just how long and hard this inflation spike will go, whether our economy can handle it, and how it might change the outlook for workers, business owners, first home buyers and renters alike. Alongside food, petrol and rent inflation, we’ll also look at the fourth leg of the inflation stool: rising profits.

The government has ramped up its attempts to strip out the super-profits of the supermarkets duopoly and a Gib crisis has now refocused attention on building materials sector inflation. This season of the podcast will be all about unravelling the surprising causes of inflation and discovering if the solutions being forced through by central banks and governments will work in time for both of them to save their jobs, and our economies. It’s a fascinating and sometimes frightening time for the global economy, and I hope you’ll join me and my guests as we attempt to get to grips with how the world of money will work in this unprecedented new era.