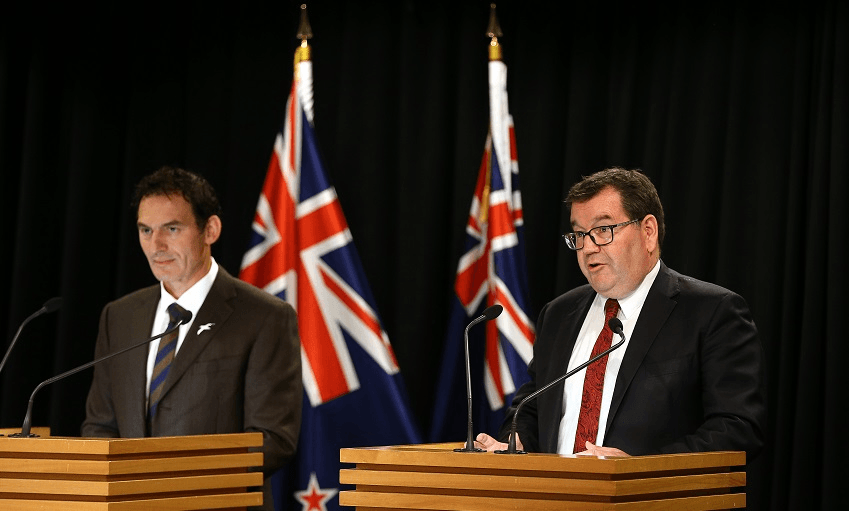 The Labour government’s optimistic announcement that the Tax Working Group had recommended a capital gains tax is now dead in the water. (Photo: Getty.)

The other tax recommendations the government ignored

The Labour government’s optimistic announcement that the Tax Working Group had recommended a capital gains tax is now dead in the water. (Photo: Getty.)

Along with no CGT, the Labour government is left with other tax headaches like what to do about sugar consumption, the environment, and tax thresholds that haven’t changed in a decade, writes Terry Baucher.

Perhaps the Tax Working Group was fatally compromised from the outset when the taxation of the family home was excluded from its terms of reference. My view is that too often proponents of a capital gains tax default to arguing the difficulties and are therefore on the back foot from the outset.

Even so, the decision to not expand the taxation of capital gains in any form is extremely surprising, not just to me but probably also even to groups such as the New Zealand Property Investors Federation.

But the question of a CGT was just one of the issues the Tax Working Group (TWG) examined. Its final report contained 99 recommendations across the entire tax system. The government’s response to these recommendations breaks down into five categories:

Also dead in the water alongside CGT are 13 other recommendations, including all the TWG’s proposals for using the proceeds of a CGT to reduce personal income tax, a framework for applying any new “corrective taxes” and the development of a clearer articulation of the government’s goals regarding sugar consumption and gambling activity.

Finally, there will be no new environmental tax proposals beyond those already on the tax policy work programme. This also means that this parliamentary term there will be no resource rentals for water or input-based instruments such as a fertiliser tax.

The lack of significant environmental taxation changes is perhaps as big a surprise as the CGT decision. This is not only because it represents a clear rebuff for the Green Party, but also because during the media lock-up at the launch of the TWG’s final report, Sir Michael Cullen made much of recycling environmental taxes to help farmers transition to a lower-emission economy.

Not proceeding with a CGT means the TWG’s suggestions over using the proceeds to reduce income tax particularly for lower income earners will not proceed. This leaves the government with the problem of what to do about income tax thresholds which now have not been adjusted since 2010. Pressure for some movement on these will continue to build up until and beyond next year’s election.

The 11 recommendations that the government considers a high priority for the tax policy work programme are a mix of system integrity issues such as a review of tax loss-trading, better compliance around debt collection, and more politically visible initiatives like seismic strengthening work (which given it’s been more than eight years since the Canterbury earthquakes is something which really should have been resolved by now).

Devising rules for land speculators and land bankers is also a high priority but there’s not much detail at the moment. The TWG suggested that local government should levy residential land taxes on vacant land and the government has told the Productivity Commission to include this issue as part of its inquiry into local government funding and financing. We shall have to wait to see more detail on this initiative.

The TWG made a number of recommendations regarding compliance costs for businesses. All of these have been put into the “consider for inclusion in the tax policy work programme” category. It would have been good to see these be given higher priority, as several measures which increased thresholds such as that for provisional tax would be very helpful for smaller businesses. Instead, the tax policy process means that it could be two, or more likely three, years at the earliest before these recommendations become law.

To be frank, although the TWG’s recommendations around business compliance costs are welcome, they are also on the timid scale. For example, there’s nothing which compares with the proposal in the recent Australian Budget allowing small businesses to instantly write off assets costing less than A$30,000.

All of the TWG’s proposals regarding international taxation are already in the work programme. This means that an Inland Revenue discussion document about a digital services tax will be released in May.

The TWG’s recommendations relating to retirement savings such as reducing prescribed investor rates of KiwiSaver funds for those earning below $48,000 have been parked in the “consider for inclusion” pile.  And the deferment of this work highlights one of the issues a CGT was intended to address: the imbalance in tax treatment between various asset classes.

With the decision to walk away from a CGT, property investors retain their significant tax advantage over ordinary savers and those investing via KiwiSaver funds. It is this continuing imbalance in treatment plus the wider concern of growing wealth inequality which means that despite her decision today the prime minister has, as Macbeth lamented, “scotch’d the snake not killed it.” We will be re-litigating these issues in another ten years if not sooner.