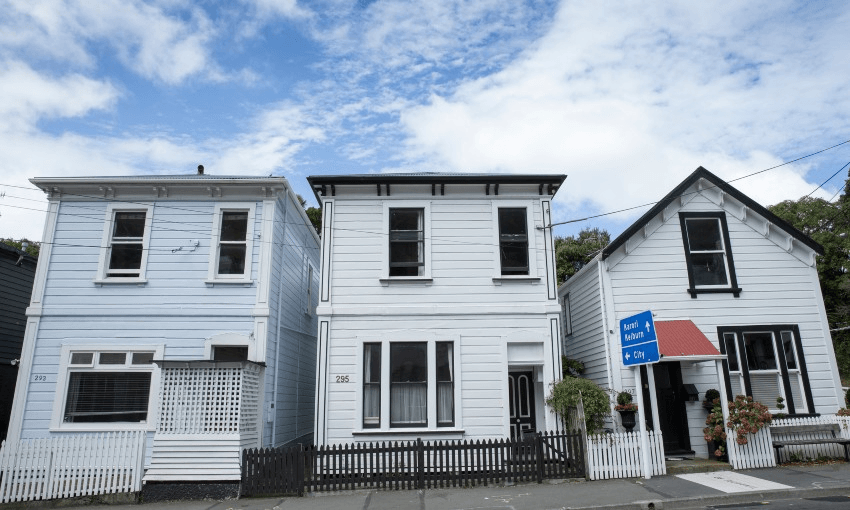 ‘It’s a drop in the bucket and it’s a leaky bucket at that’: Housing package underwhelms experts

It was supposed to be ‘bold’ government action, but experts say today’s housing announcement was more of the same marginal policy that fails to target the root of the problem.

Housing commentators and experts have labelled the government’s much-hyped housing package disappointing and unambitious following its unveiling this morning.

Initially billed as “bold” action by the minister of finance earlier this year, today’s package included increased caps to the First Home Products scheme, a $3.8b infrastructure accelerator for local councils, more barriers to property speculation and additional $2b borrowing capacity for Kāinga Ora.

However, Kiwibank chief economist Jarrod Kerr said the policy changes simply “tinkered at the edges”, and were not enough to address the systemic supply issues that have caused New Zealand’s house prices to soar beyond the reach of many.

“It was pretty disappointing to be honest. Some of the ideas are good, but the size is pathetic. It’s a drop in the bucket and it’s a leaky bucket at that.”

Kerr said the tool with the most potential was the $3.8b infrastructure accelerator, which is intended to help local councils create the necessary services infrastructure – plumbing, roads, power – to unlock remote land for property development.

“I think the idea is great; we need to get funding into councils to sort out woeful infrastructure and get it to areas that need to be developed. But the fact that it only got $3.8b means that it’s going to be ineffective – $3.8billion spread across all our councils is a rounding error.”

To take some of the heat out of housing demand and curb property speculation, the government announced an extension to the bright-line test – which requires investors to pay income taxes on profits from selling houses they don’t live in – from five to ten years. The IRD will also be phasing out a provision over the next four years that allows investors to deduct interest payments from their income taxes.

While Kerr said these new changes would indeed discourage property speculation, demand wasn’t the problem. It is already incredibly hard to speculate on property in New Zealand, he said.

“We’re already hitting investors. To flip property in New Zealand, you need a 40% deposit and you have to hold that property for five years or lose 39% of your gain,” Kerr said, referring to the top marginal tax rate for individuals.

“It’s actually very hard to speculate in New Zealand’s property market. But hey, it’s nice to have a bogey man to throw stuff at.”

The fact that the bright-line test excluded new builds was an important consideration to allow more resources and investment to go into the creation of new property, he said.

“That’s the one part of the demand side that I think they’re getting right. Rather than try to get rid of investors entirely, they recognise the fact that they’re the ones that do the development. Pouring more resources into new dwellings is incredibly important right now.”

Kerr said the house price cap changes, while not radical, were a step in the right direction that would allow more people to buy the most affordable houses.

“It’s better than nothing. The median house price in Auckland is $1m, but for a lower quartile house, the cap is better than where it was.”

However, housing researcher and advocate Jacqueline Paul says that even with new caps, the changes will do little to address housing inequality and allow the lowest earners, particularly Māori, into home ownership.

“A high proportion of Māori live in private rentals and social housing and there has been no ring fencing of funding for Māori allocated,” she said.

“Ardern spoke to low quartile measures from Core Logic but what tends to happen is that median income for Māori is lower than the average, making homeownership far beyond reach. There needs to be a stronger focus on housing security as opposed to the colonial tool and British model of homeownership.”

While Paul said the overall package was not exciting or ambitious, it was an intervention that was both necessary and expected. She said the changes to the bright-line test and the additional $2b to allow Kāinga Ora to open up more land for affordable housing were the most promising of today’s announcements.

“What, so every other business in New Zealand can still claim tax deductions, but not landlords?… You’re joking! This is just bizarre, it’s crazy,” he told the NZ Herald.

Wendy Alexander, acting chief executive of Real Estate Institute of New Zealand (REINZ), said while she understood the government’s intentions, the extension to the bright-line test would not increase the supply of houses.

“In actual fact, what it’s likely to lead to is residential property investors holding on to their properties for even longer in order to avoid paying tax, thereby further reducing the total pool of properties available in the market,” she said.

“However, the fact that new builds are to be exempt from the bright-line test is welcome news and could go some way to helping to boost the overall supply of housing.”