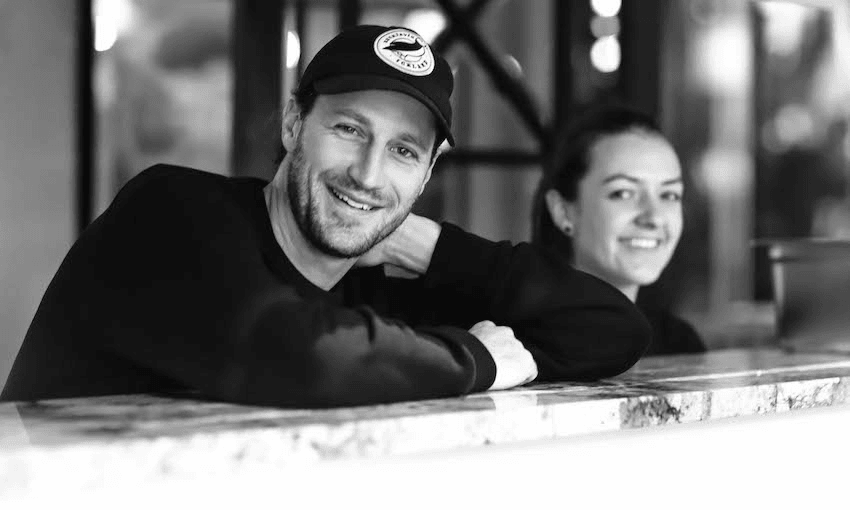 Nick Loosley was named the 2020 Kiwibank New Zealand Local Hero of the Year for his work with food charity Everybody Eats (Image: Bridget McCarthy).

Nick Loosley was named the 2020 Kiwibank New Zealand Local Hero of the Year for his work with food charity Everybody Eats (Image: Bridget McCarthy).

Last week Nick Loosley, founder of food waste and food poverty charity Everybody Eats, was named the 2020 Kiwibank New Zealand Local Hero of the Year. He talked to Alex Braae about how a more sustainable approach to our food system can help feed those in need.

Everybody Eats is a fascinating concept that brings all that together. At two sites in central Auckland, it offers “pay what you feel” meals, at which a millionaire might eat alongside someone who sleeps on the streets. The tables are large and communal, and everyone eats the same meal.

And what meals they are, with a range of Auckland’s top chefs doing volunteer stints in the kitchen. The ingredients are all high quality, even though they’re almost entirely sourced from food that otherwise would have been wasted, and sent to be buried in a landfill. At a time when food waste is rife, more than 30,000 meals have been served by Everybody Eats since the concept began.

It started as a pop-up in 2017, feeding rescued food as beautiful three-course meals on Monday nights out of Karangahape Rd restaurant Gemmayze St. Two and a half years later the Monday night meals are still going and last year Everybody Eats opened a permanent home in Onehunga open from Sunday to Thursday.

So why do it? And what can we learn from the concept that can be brought into everyday life? When Nick Loosley won the 2020 Kiwibank New Zealand Local Hero of the Year award, The Spinoff got in touch to get his insights on how good food can bring people together and start to solve some of our greatest social and environmental issues.

Last time you spoke to The Spinoff, you’d just opened up a permanent spot in Onehunga. How’s that been going?

Really well. We’ve been operating since mid-November, taking a bit of a break over Christmas and New Year because we can’t expect to get volunteers over the holiday season. We reopened again mid-January, and almost every aspect is going really well. December and January are very different to the rest of the year in terms of retail and hospitality.

But you’re getting crowds in?

Yeah, we’re really pleased. And we’re getting a good mixture of haves and have-nots and created a really nice atmosphere to dine in.

One thing I find really interesting about your whole concept is the idea of stigma, and breaking it down. And the first part of that – have you seen or had to do any work in breaking down stigma among the people you described as “haves” towards eating alongside the “have-nots”?

The biggest problem we have is people that can afford to come and pay saying that they don’t want to come to Everybody Eats because it will be taking food away from a less fortunate person. Which is actually the opposite – if we don’t have people coming and paying, then we can’t feed those who can’t afford to pay. We rely on not necessarily generosity, but even $10 or $20 is enough for us to feed more people. That’s something that we have to try and break. And for the most part, the vulnerable people that we feed are aware of our model, and they’re very comfortable seeing people they assume to be wealthier than them coming and dining.

And in terms of the food waste itself – why do you think some people are so resistant to eating food that otherwise might be wasted?

To be honest, I’m not really aware of those people because they don’t come and eat with us. Like, very few people would openly say to me that they don’t want to eat food that – to use stereotypes – might be off or bad or whatever they might think it is.

But to answer your question – my opinion on the whole thing is that humans in the west have become increasingly disconnected from the food we eat. Your grandma’s grandma probably knew how to kill and feather a chicken, skin a rabbit, grow a carrot, whatever it may be. And through the industrialisation of food, we now get minced beef in a styrofoam tray wrapped in plastic. That’s another reason people are so comfortable wasting food, because they didn’t have to produce it. You don’t find many home gardeners harvesting their precious tomatoes and putting them in the bin.

Are there food safety questions to take into account?

Well, we’re encouraged by labelling to use our senses less than we ever have. Once upon a time people would smell or see things, and understand when something wasn’t OK to eat. Now we look at dates, and they can be really misleading. Dates also create a huge amount of food waste, because if we think if it’s past that date – whether it’s a best-before or use-by date or a display-until date – then we shouldn’t eat it. People might have an assumption that we’re using food that has gone bad, and that might turn them off dining with us. And there’s certainly work that we can do around making people aware that the food we use is actually of a really high quality. We sometimes put photos up on social media to show that we have access to incredible food, often nicer than what you’d get in a supermarket.

What’s a tip that everyone should know about a common household food that often gets wasted?

If you’ve got a freezer, use it. It’s exceptionally good at preserving a lot of food we use – meat, bread, dairy, you can even freeze your vegetables. Pretty much everyone has one now. We didn’t used to have freezers, and we probably didn’t waste as much food then as we do now, so it’s kind of bizarre.

You rely a lot on volunteers to keep this project going. Why do you think those people choose to do it?

The majority of volunteers aren’t hospitality professionals, it’s anyone and everyone. But to your point, I was really blown away when we started that chefs were keen to give up their time – as we all know, chefs are often underpaid and overworked, and the last thing they want to do on their day off is nice cooking. Everyone knows that when chefs get home they’re making beans on toast.

But for some reason, we were able to get this group of people in, week after week, and I started asking questions. What I realised was that actually chefs are blue-collar workers, and they can relate more to the people they’re feeding at Everybody Eats – being homeless or people who are struggling – than they do to the people they’re serving fillet steaks to on a Saturday night. And it’s a way for them to use their skills and passion for something positive.

Do you see this as being a model that could be rolled out on a much bigger scale? Is this the sort of thing that could be happening all over the country, or is it specific to Auckland’s issues?

We’ve identified that there’s a food waste, food poverty and social isolation problem across the country. There are food rescue organisations in some main centres, and some cities in towns are more affluent than others. But for the most part, this concept could be rolled out across the country. There’s obviously a critical mass of people required to make it function, and Auckland is the biggest city, there’s a lot of access to surplus food. We just need to prove that the permanent restaurant model works before we can say let’s do more of it.