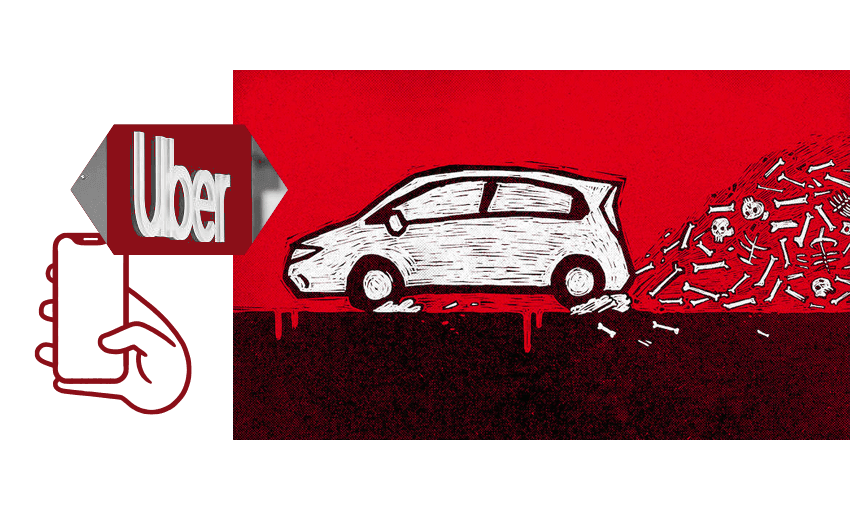 Further revelations about the toxic nature of the ride-sharing behemoth, which avoided up to $12.8m in corporate income tax in New Zealand in 2020, show we must stop turning a blind eye in favour of convenience, argues Terry Baucher.

The release of The Guardian’s Uber Files underline Uber’s reputation as an egregious example of modern capitalism at its worst, a toxic combination of amoral business ethics, greed, hubris and questionable economics.

Although these had been thoroughly exposed by Mike Isaac’s 2019 book Super Pumped: The Battle for Uber, I was surprised by the Guardian’s details of how the Netherlands tax authorities cooperated with Uber. This included deliberately delaying responding to requests for information from tax authorities in France, Germany, Sweden, the United Kingdom and Belgium well beyond the normal six-month response period. The Dutch even secretly shared information about the positions and negotiating tactics of other EU countries where Uber operated.

It would be convenient to dismiss these revelations as those of a few (OK, more than a few) bad apples – and essentially that is Uber’s official position. In the wake of the release of the Uber Files it put out a public statement that concluded:

“We have not and will not make excuses for past behaviour that is clearly not in line with our present values. Instead, we ask the public to judge us by what we’ve done over the last five years and what we will do in the years to come.”

Fine words. The problem is, even if you put aside the Uber Files revelations, the company remains the exemplar of a confluence of greed, politics and questionable economics. Uber and other tech giants such as Google and Facebook illustrate how the public and politicians happily accept the benefits of often questionable business practices and aggressive tax planning but turn a blind eye to their consequences. In effect, we love the sin but hate the sinner.

As for changing its spots since founder Travis Kalanick stepped down in 2017, Uber decided in early 2019 to fine-tune its tax planning by moving a subsidiary previously located in Bermuda to the Netherlands. This was partly in preparation for its initial public offering but also in response to European moves cracking down on its aggressive tax planning. As a result of the move, Uber created a US$6.1 billion Dutch tax deduction which it will be able to offset against future profits (when and if they might arise).

The Netherlands lies at the hub of Uber’s corporate structure and tax planning. Uber’s main New Zealand subsidiary Uber New Zealand Technologies Limited (Uber NZ) is wholly owned by Amsterdam-based Uber International Holding B.V. According to Uber NZ’s latest filed financial statements for the year ended December 31, 2020, Uber NZ’s principal activities are described as “to engage in the business activities of providing market research product and service marketing including promotion and support activities to its related companies”. The company reported service fee income for the year ended December 31, 2020 of $3,749,955 with a pre-tax profit of $150,000. Thanks to some prior year adjustments, Uber NZ paid no income tax for the year.

Uber NZ’s financials give no indication of the true scale of its activities in Aotearoa. This is because currently authorities here accept Uber drivers are independent contractors. Uber NZ is not involved in the transactions between drivers and passengers. Instead, whenever a customer uses the Uber app the payment is initially routed offshore to the Netherlands which then sends back the net payment to the driver. Based on an examination of Uber Australia’s financials, the Centre for International Corporate Tax Accountability and Research estimates Uber avoided $6.4 million to $12.8 million in New Zealand corporate income tax in the 2020 tax year.

Overseas, notably in France and the United Kingdom, drivers have been deemed to be employees. Uber is desperate to avoid this outcome (I doubt its financial model would remain viable if it were to widely happen) and based on its United States Securities and Exchange Commission filings for December 2021, is currently embroiled in ongoing disputes in several countries over the treatment of drivers.

On the other hand, Uber is an example of the benefits for consumers of introducing competition. Its arrival, together with other ride-sharing apps such as Ola and Zoomy, has shaken up the taxi industry and delivered much greater choice at lower costs. But if Uber users have greatly benefited from its arrival, that’s not necessarily the same for drivers.

Similar ethical issues arise when considering Facebook or Google. They also use aggressive tax-planning tactics although moving to so-called country-by-country reporting gives a clearer idea of the extent of their activities in Aotearoa.

Similarly, Facebook New Zealand’s December 2021 results reported $6.5 million in revenue with a tax charge of $605,000. It reported gross advertising revenue of $88 million but purchased over $84 million of services from Facebook Ireland where the corporate income tax rate is 12.5%.

In summary, Google and Facebook appear to have extracted close to $800 million of advertising revenue from Aotearoa but paid just over $3.5 million corporate income tax on their reported profits for 2021. This has financially weakened our media at a time when its role is ever more important in combating misinformation and bigotry (sometimes spread through platforms owned by Alphabet and Meta).

It’s not certain the international tax reform deal announced last year will make any significant difference once (if) it’s implemented. Alphabet, Meta and Uber are perfectly entitled to charge their subsidiaries in Aotearoa reasonable fees for the use of their intellectual property and providing other services. This limits the estimated potential benefit of the deal for Aotearoa to between $60 and $100 million annually.

It’s clear from the Uber Files that the likes of French president Emmanuel Macron and several Dutch politicians were sold on the apparent benefits of deregulation Uber offered. They chose to ignore the downside of the gig economy for workers. Indirectly, Uber continues to enable our car dependency therefore delaying decarbonisation of the transport sector.

Politicians should also be very wary of promises of additional tax revenue through offering favourable tax breaks. Ireland’s much-touted low corporate tax rate of 12.5% attracted multinationals like Apple and Facebook to invest in the country. However, just 10 multinational firms pay over half of Ireland’s corporate tax receipts, expected to be between €18 and €19 billion this year. This prompted John McCarthy, the Irish Department of Finance’s chief economist, to warn that this represents “an incredible level of vulnerability” for the Irish economy.

Reining in the behaviour of the likes of Uber will involve action by governments. Investors too have a part to play, as they did when forcing out Travis Kalanick. The bigger change would be in the behaviour of we, the public, and politicians by looking beyond the immediate benefits of greater convenience and lower costs. We have to learn to stop loving the sin.