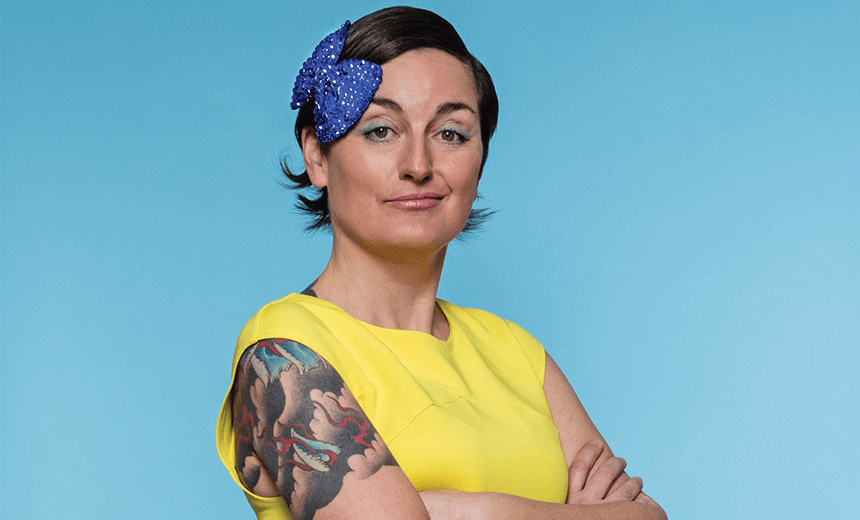 When you’re at the end of the first week in the comedy festival, especially a week where you’ve seen close to ten shows, largely by new or emerging acts, what you want is to sit back and have a seasoned professional do what they do best.

Zoe Lyons is that seasoned professional. Her comedy festival show is one of those hours that is hard to describe or quantify, much like Guy Williams’ hour I saw earlier in the week – when you’ve got a stand-up who knows their craft and knows their audience well, the joy is sitting back and letting it wash over you. It seems a shame to pick and prod at it when the entire thing is so well crafted.

And it’s a testament to Lyons’ skill, and to be frank, her experience, that she gets the audience on board. It’s a Friday night audience, and a fairly rowdy if low energy one, and by the time she powers through her New Zealand specific bits (comments on the accent and Activewear are front and center), the entire audience loves her.

The bulk of Lyons’ set is observational comedy, and she plumbs both her Dutch wife and her bizarre upbringing for a lot of laughs. She even manages to make some fresh Trump jokes (and god it’s upsetting that we’re only a few months into this administration and already the jokes are wearing thin you guys). It’s winning stuff, and there’s a momentum to the set that powers the audience along.

Little Misfits is a great hour of comedy. Zoe Lyons is a great stand-up. Sometimes it’s that simple. And when you’re at the end of a week of comedy and you’ve seen 13 shows like this comedy co-editor, that’s exactly the kind of show you want to be seeing.