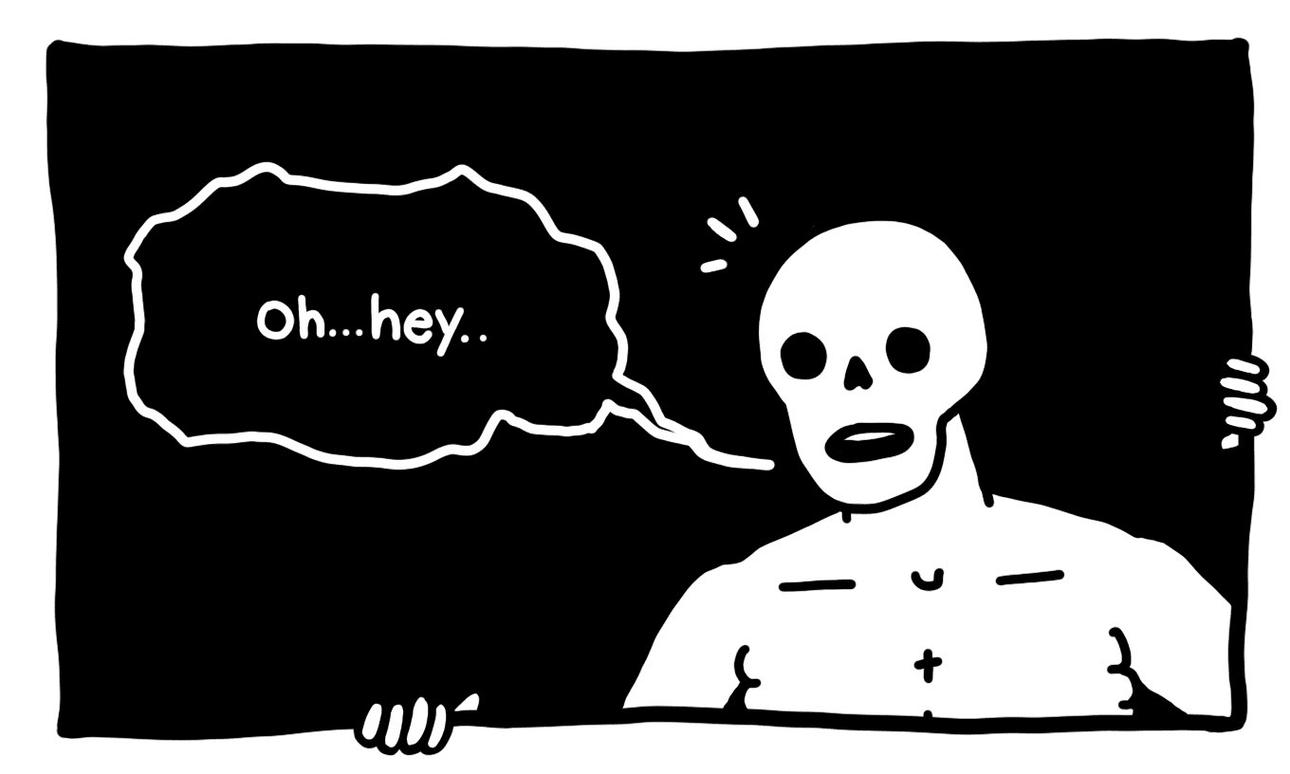 Comic of the Month: Deadface Comics, by Anthony Stocking

By Anthony Stocking
Guest writer
Made possible by

If there have been two major trends in local comics in recent years they’ve been comics born on social media, and comics that deal with very personal issues like mental health. Anthony Stocking’s work covers both of these bases, and stands out for its stark black and white style and its openness and honesty.

Anthony explains it best: “I started Deadface Comics back in 2016 as a way to say things that I wanted to say but didn’t really know how to say them, or rather deal with the immediate consequences of doing so. Over the years it evolved into a way for me to be completely honest and vulnerable with myself and express myself in ways that I need to but otherwise find it difficult. At the beginning I was living alone with no real support system in place and it caused me to slip into a rather deep and dark state of depression. I wasn’t well, at all, and I have always found it impossible to ask for help, to admit I’m wrong or to act when I need to. So I used the comics as a creative outlet doubled as art therapy. My fanbase kept growing and I was flooded with support and people telling me that they felt the same way as me. I had others telling me that my honesty about how I felt helped them deal with their own problems, which is one of the main reasons I have kept doing so to this day. So, yeah, I dragged myself out of the darkest parts of my depression and kept on going…with four panel Instagram comics.

“My work has given me a purpose and an identity to be proud of. It feels great to be able to help others, even just a little bit. The comics have also allowed me to become part of different artistic communities, travel to places to sell/show my work and allowed me to stop being such an introvert and meet new people and make new friends.”

Comic of the Month
Made possible by

A trip back to 1943 for a piece of family history set in deepest Remuera.
By Ant Sang
Guest writer
15th April, 2021