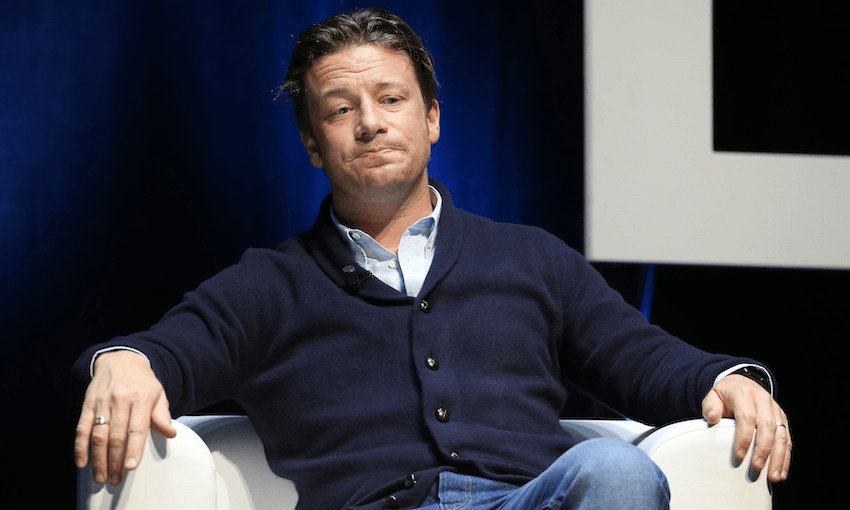 In the wake of the demise of the famous UK chef’s restaurant group, Al Brown and Martin Bosley reflect on how in the hospitality business, being a “name” comes with its own baggage.

It must be strange to be no longer simply a man, but also a brand. That, in essence, is Jamie Oliver: a 43-year-old Essex-born husband and father of five, yes, but also Jamie Oliver. The epitome of the 21st-century celebrity chef.

From a BBC series and a number one cookbook that made him a household name, to supplementing his fame with widespread respect earned through working with disadvantaged youth and promoting healthy food in schools, to, finally, an ever-expanding restaurant empire, it’s been a heady couple of decades for the man formerly known as the naked chef. Until it all went wrong.

Last week, all but three of Oliver’s 25 UK restaurants closed their doors as the Jamie Oliver Restaurant Group was put into administration, with the loss of more than 1000 jobs. It wasn’t sudden, of course; six restaurants had closed in 2017 and 12 in 2018, and during that time Jamie’s Italian was just hours from bankruptcy until the chef himself injected nearly £13 million of his own money into the chain. His magazine, Jamie, also ceased publication last year.

Having your name entwined in a business makes the fall harder, says Martin Bosley. The Wellington chef knows from experience: after 13 years in business, his highly regarded eponymous restaurant, Martin Bosley’s, went into liquidation in 2014, amid much media and public interest.

“When you put your own name over the door, you’re making a pretty big statement: this is me, what lies beyond these doors is a manifestation of myself, and I’m so sure about it I’m going to put my own name on it,” says Bosley. “You don’t imagine in a million years you’re going to have to close the doors.

“Restaurants are an extension of your personality anyway, but you put your name on the door and you’re investing hugely in yourself as well, because unlike with a lot of other restaurants, you’ve got nothing to sell at the end of it. Everything’s on the line with this, there is nothing else, so you become immensely proud of it. It’s you. It’s who you are.

“So when that goes, the pain is like falling off a cliff,” he says.

Chef/restaurateur Al Brown, who runs SkyCity’s Depot and Federal Delicatessen in Auckland’s Federal Street as well as four Best Ugly Bagel stores in Auckland and Wellington, says he tends to shy away from including his own name in his businesses. “Maybe it’s a bit more of our modest New Zealand way, and it does put pressure on straight away when you put your name on there like that,” he says.

“When your name is at the top, everyone else is buried in there but you’re the only one that really gets tarnished by this.”

Both Brown and Bosley connect Oliver’s restaurant empire collapse to an increasingly savvy dining public who are wising up to the limitations of mass-market chain culture.

“It’s not just Jamie,” says Brown. “You see a lot of restaurant groups grow very, very quickly. The public these days are pretty onto it, and everyone’s looking for bespoke or original.

“Lots of people will say, ‘oh well, he’s everywhere, he’s overexposed, I’m not going to go to Jamie’s Italian.’ There’s nothing special about it. We all want to be able to say, ‘oh mate, you should check out this new joint, it’s brilliant.

“It’s the McDonald’s sort of theory – if there’s one on every corner, most people turn off.”

Bosley adds: “It serves as a warning to all those restaurant groups that are out there and growing, who are either acquiring restaurants or opening big restaurants where they’re not focused on quality.

“They kind of specialise in mediocrity, really. There’s a real danger in blandness or sameness.

“I think what happened to Jamie Oliver serves as a bit of a warning bell,” he adds. “The public want the slightly quirky, the slightly smaller, they don’t want generic and mass produced where you don’t know the owner behind the front door.”

Bosley, who now runs sustainable seafood company Yellow Brick Road, says he has no desire to return to the restaurant business. “Nah, I’m done. I’m happy advising others and supplying others, those who’ve got the energy for it, but it’s a different game now,” he says. “It’s incredibly hard now – rents are through the roof, costs of goods are through the roof, and that cost is still not being passed on to the general public.

“But I still love the industry. I love restaurants, they’re in your blood.”

He has no doubt Oliver will be back. “But it will tarnish his reputation.” Bosley says his own business’s failure has followed him around over the years – recently a window-cleaning company he used at the restaurant refused to work with him on another venture.

“He’ll have to manage this really carefully, even though he’s got all those other enterprises.”

Brown, who has always been a big Jamie fan, says, “he’s still a wonderful chef. I just think the bullet train went too fast and if he could do it all again, maybe he would’ve done it differently. If he’d just kept to his knitting – books and being this amazing presenter and this wonderful speaker and cook and chef, and had one or two restaurants – boom, he’d be fine.”